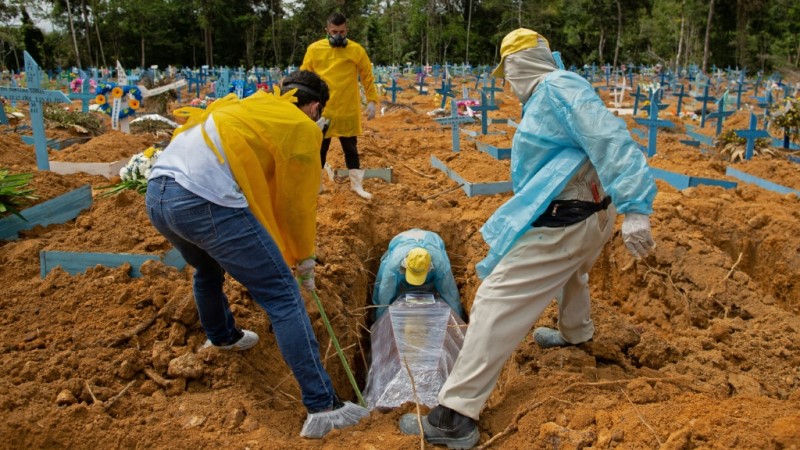 Covid-19 probably passed to humans from a bat via an intermediary animal, an international expert mission to China concluded in a report seen on Monday, with investigators all but ruling out a laboratory leak.

The intermediate host hypothesis was deemed “likely to very likely”, while the theory that the virus escaped from a lab was seen as “extremely unlikely”, according to a copy of the long-awaited final report obtained by AFP before its official release.

Drafted by a team of World Health Organization-appointed international experts and Chinese counterparts, the report has been keenly anticipated ever since investigators left China more than a month ago.

But it does not offer definitive answers on the mystery at the very heart of the pandemic — how the virus that causes the disease first jumped to humans. 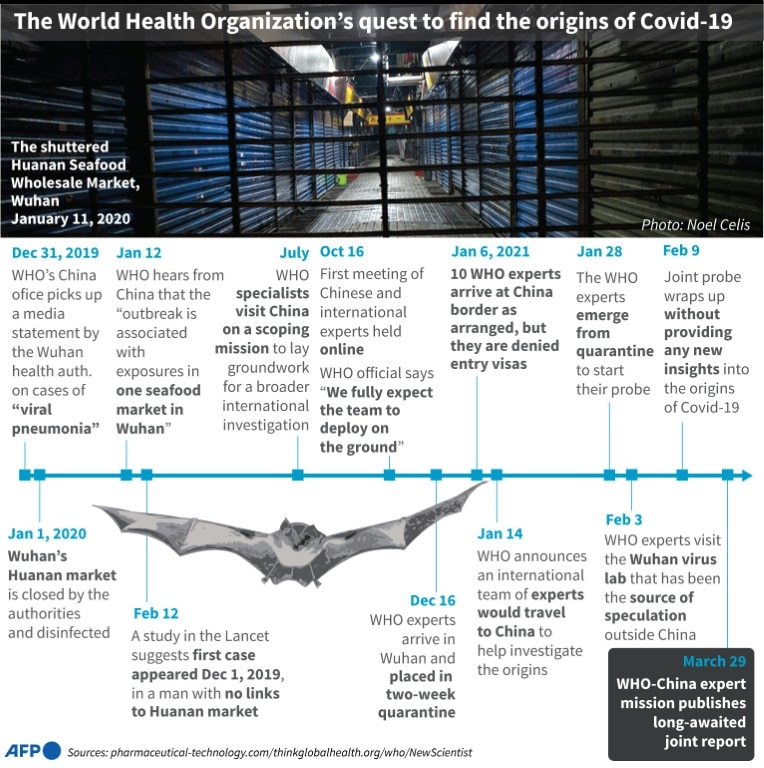 Covid-19 has killed more than 2.8 million people worldwide in the 15 months since it emerged, forcing governments around the world to introduce punishing restrictions that have pummelled the global economy.

Britain on Monday provided a rare bright spot for Europe, a continent still dogged by the virus, with stay-at-home orders relaxed as rapid vaccinations appeared to have driven down infection rates.

In recent days, the European Union’s biggest economies — Germany, France and Italy — have been among countries to reimpose restrictions, while the EU’s vaccination program is mired in a blame game over supplies.

There was better news for Africa, as up to 400 million of Johnson & Johnson’s single-shot vaccine are expected to begin arriving on the continent later this year.

The expert report on Covid has had a troubled birth, with publication delays adding to the hold-ups and diplomatic wrangling that plagued the WHO’s attempts to get experts into Wuhan — the city at the center of the initial outbreak.

They arrived on January 14 this year, more than a year after the first cases surfaced.

In that time, vaccines have offered a glimmer of hope and allowed some countries to emerge from more than a year of punishing anti-virus measures.

People in Britain rushed to pools and parks on Monday to enjoy newfound freedoms, with the government allowing small groups to gather and sports activities to resume.

“We haven’t swum since January 5 so we were beyond excited to come back and get back into the water,” swimmer Jessica Walker told AFP at a pool in London.

With fewer confirmed cases, some African economies have nevertheless been hobbled by coronavirus restrictions, making Johnson & Johnson’s announcement of a deal with the African Vaccine Acquisition Trust (AVAT) welcome.

AVAT has an initial deal for 220 million doses of the single-shot vaccine — said by the company to protect against regional variants — with J&J subsidiary Janssen Pharmaceutica, with an option on 180 million more.

Meanwhile, the makers of the Russian-developed Sputnik V shot struck a deal with a Chinese firm to make more than 60 million doses, with the jab’s backers highlight a “rising demand” for the drug. 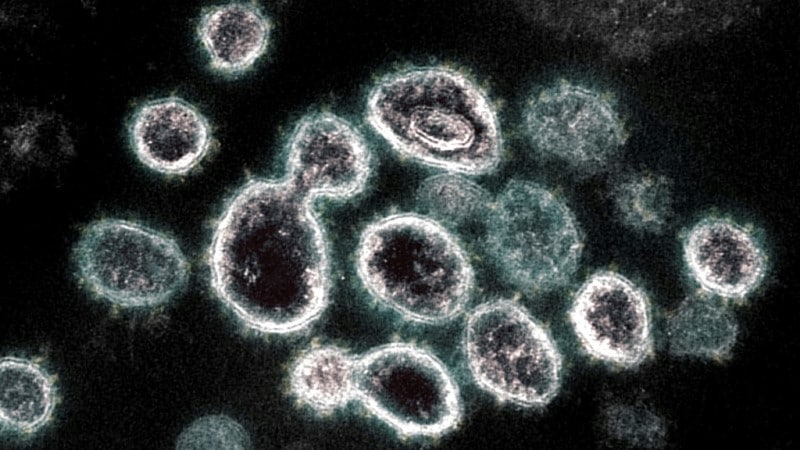 With Germany forced to tighten restrictions months ahead of a general election that will see voters pick a successor to veteran Chancellor Angela Merkel, hard-fought policy battles have erupted into the public arena.

Merkel on Sunday called out some regional chiefs in a TV interview for failing to impose “emergency brake” restrictions, including the head of her CDU party Armin Laschet, who runs North Rhine-Westphalia state.

“Everyone wants the number of infections to go down and everyone has taken the appropriate measures for their state,” Laschet shot back.

Neighboring France is also eyeing a potential nationwide shutdown if regional restrictions imposed just over a week ago fail to slash infections.

With 28,000 people hospitalized — not far short of earlier peaks — “the outlook is worse than frightening”, senior intensive care doctor Jean-Michel Constantin said in an interview Monday. 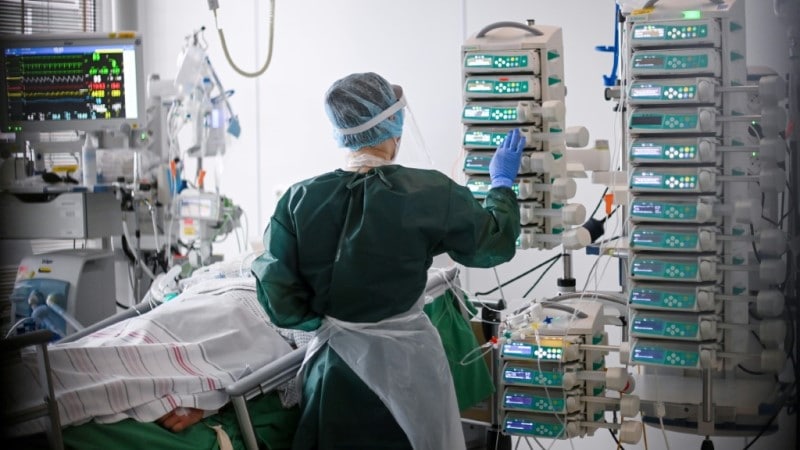 While societies continue to battle the effects of the pandemic, there is still little clarity over its origins.

The WHO report left “not everything answered” but was “surely a good start”, Dutch virologist and team member Marion Koopmans tweeted.

The report authors offered a ranked list of possible ways it could have made the jump to humans, calling a direct leap “possible to likely” and a scenario with an intermediate animal “likely to very likely”.

Beijing’s pet theory that the virus did not originate in China at all but was imported in frozen food was judged “possible” but very unlikely.

Meanwhile, claims promoted by former US president Donald Trump’s administration that the virus escaped from a research lab were judged “extremely unlikely“.

But in Geneva on Monday, WHO boss Tedros Adhanom Ghebreyesus stressed that “all hypotheses are open, from what I read from the report… and warrant complete and further studies”.