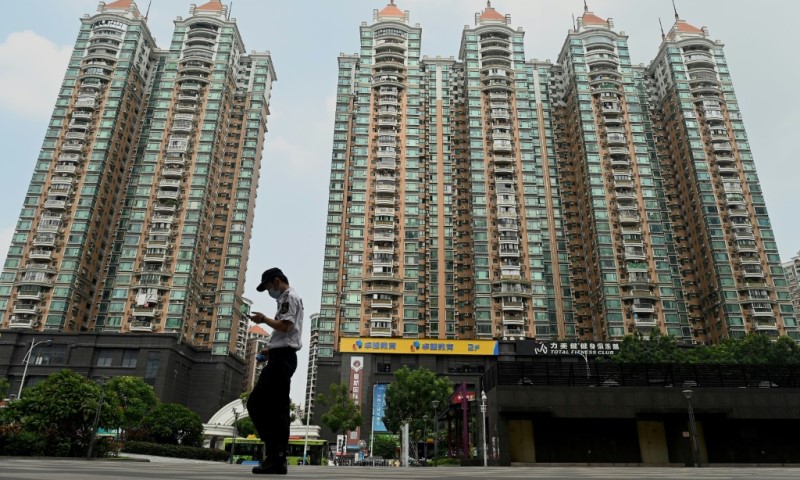 Embattled Chinese property titan Evergrande said Wednesday it had agreed a deal with domestic bondholders that should allow the conglomerate to avoid missing one of its interest payments and avoid default, but its deeper debt burden remains.

Financial markets have been hit this week over fears that the sprawling firm could collapse, with the potential to pulse through the world’s second-biggest economy and possibly beyond.

Chinese authorities have injected capital into the markets yet have remained conspicuously silent over Evergrande’s woes, allowing rare protests from despairing investors and leaving analysts guessing over Beijing’s plans to mop-up any spillover from the developer’s demise.

In a statement to the Shenzhen stock exchange, Evergrande’s property unit Hengda said it had negotiated a plan to pay interest due on its 2025 bond, worth 232 million yuan ($35.9 million).

Evergrande has admitted facing “tremendous pressure” as it tackles a debt pile of more than $300 billion, and has warned that it may not be able to meet its liabilities.

Yet founder Xu Jiayin, a billionaire once counted as Asia’s richest man, on Tuesday said the company will “step out of the darkest moment soon”.

In Wednesday’s statement, Hengda said investors “who bought and held the bonds” before September 22, 2021 “are entitled to interest paid this time”.

The group has made no mention of its larger repayments on interest for an offshore bond due Thursday — a payment worth $83.5 million on a dollar-denominated bond, in what observers view as a big test for the company.

Even if it misses the payment, the company would still have a 30-day grace period before it is deemed in default.

Evergrande did not reply to AFP requests for comment.

Analysts said Wednesday’s repayment will go some way to soothing anxious markets in the short term.

But “for confidence to return more meaningfully, it will need the market to see sight of the broad restructuring plans for Evergrande”, Gary Dugan, chief executive officer at the Global CIO Office, told Bloomberg News.

The Evergrande crisis has triggered protests outside a number of the company’s offices in China by investors and suppliers demanding their money — some of whom say they are owed as much as $1 million.

Given the company’s liabilities, analysts and investors have speculated the government will likely step in with some kind of help for the corporate giant to prevent a damaging implosion.

But the vagueness of the filing — which did not give details on how much it would pay and when — left others warning the company remains deep in trouble.

The payment announcement “is likely only a temporary reprieve with no signals from the Chinese government over what steps, if any, it will take to assist an orderly wind down or restructuring,” said Jeffrey Halley, an analyst at OANDA.

While predominantly a developer, Evergrande — which employs 200,000 people, has a presence in more than 280 cities and claims to indirectly generate 3.8 million Chinese jobs — has been on a buying spree for more than a decade.

The company has hired experts including financial services firm Houlihan Lokey — which advised on the restructuring of Lehman Brothers when it went under during the global financial crisis — as it tries to avoid a collapse.

State regulators have also dispatched a team of financial advisers to assess the company, according to reports.

News of the deal provided support to equities Wednesday, with Shanghai leading most Asian markets up, even as traders returned from a long weekend break to play catch up with Monday’s global rout.

The Shanghai market closed 0.40 percent higher on Wednesday although Shenzhen crept down 0.25 percent.

Abdul Abiad, director of macroeconomic research at the Asian Development Bank, told reporters at a virtual briefing that China’s “banking system’s capital buffers are strong enough to absorb a shock even of Evergrande’s size, should it materialize”.

This week the central bank pumped some $14 billion into financial markets to soothe worries about a potential liquidity squeeze off the back of the Evergrande crisis.