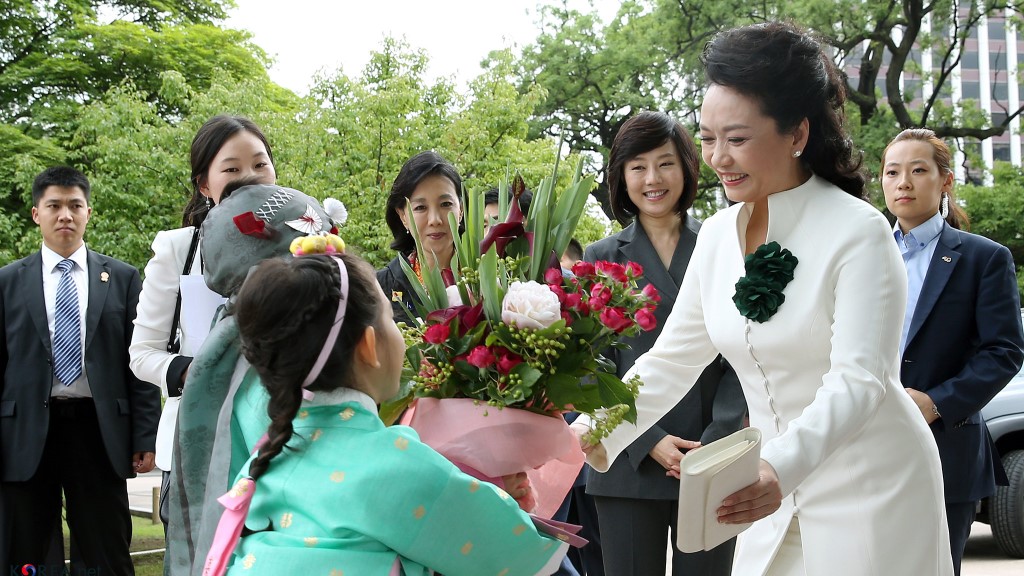 by Kari Amarnani
From Rags to Riches, learn how Peng Liyuan turn from a sonstress to become China's First Lady.

Ruling a country is not a walk in the park. The people you have around you are strong influences that will indirectly affect the country’s standing. And when it’s one of the strongest countries in the world? You’re in for a ride. Thankfully, the president of China, Xi Jinping, has his wife by his side. Peng Liyuan is a classic example of strength in adversity.

The Peony Fairy: A Songstress and a Warrior

Peng Liyuan, also known as the Peony Fairy, is President Xi Jinping’s wife, but more than that, she is a musical legend. From opera singer to folk singer to actress, Peng has many talents up her sleeve. At the age of 21, she appeared as a television broadcaster on China Central Television during its New Year gala and performed for all succeeding annual shows for the next 20 years. This rocketed her to superstardom as one of China’s most talented and sophisticated celebrities. Before that, she was a part of the Chinese People’s Liberation Army. Yes, this lady packs a punch. 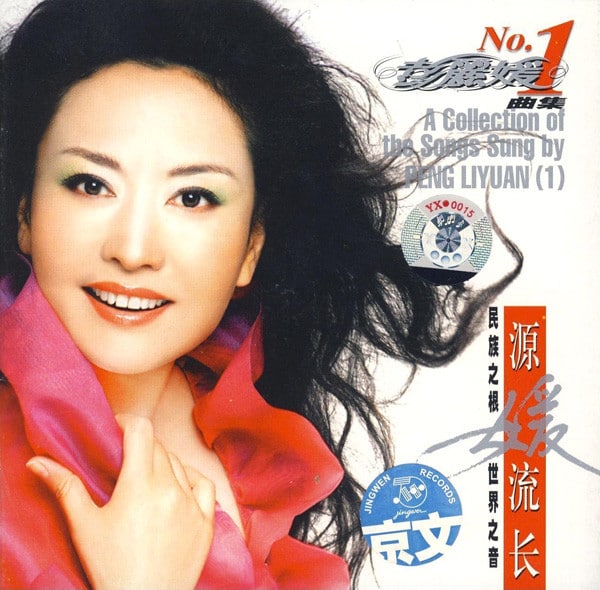 Aside from her musical career, Peng dives into humanitarian initiatives aimed at progressing social and health issues. She aids in campaigns against HIV/AIDS and tuberculosis. She is a World Health ambassador for the Chinese Association for Tobacco Control. This year, she has expressed intentions to greatly contribute sustainable health plans by the year of 2030. She is also a role model for women everywhere as she promotes international female education. Oh, and did I mention her style is always on point? Not only is she taking the world by the storm, she makes sure to look good while it’s happening.

It suffices to say: this woman is awesome. She lives a beautiful and privileged life but things were not always so peachy. Peng’s history contains much pain and poverty. Though she enjoys her time in Zhongnanhai, the compound in Beijing that houses China’s leaders, she lives life with simple pleasures. Taking the bicycle to the market and haggling with sellers, she is a woman that has not forgotten her roots. 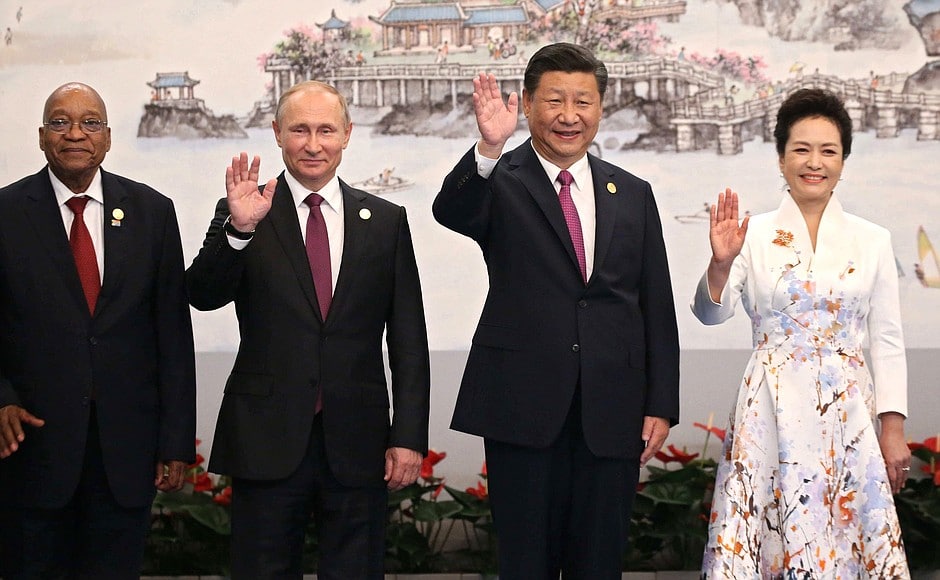 From Rags to Riches: Determination is Key

Peng Liyuan grew up in the poor and rural village of Peng located in the Shandong province. Farmers work in the area cultivating corn and wheat for livelihood. ‘Making it’ in this town meant working for nearby textile plants. Peng village was not known for its abundance of opportunity. It was a way of getting by. This was the 1960s and it was a fragile and turbulent time for Chinese citizens.

Wang Rong whose daughter went to school with Peng Liyuan said, “When she was a little girl, their house wasn’t anything like it is now. It had mud walls and a dirt floor.” 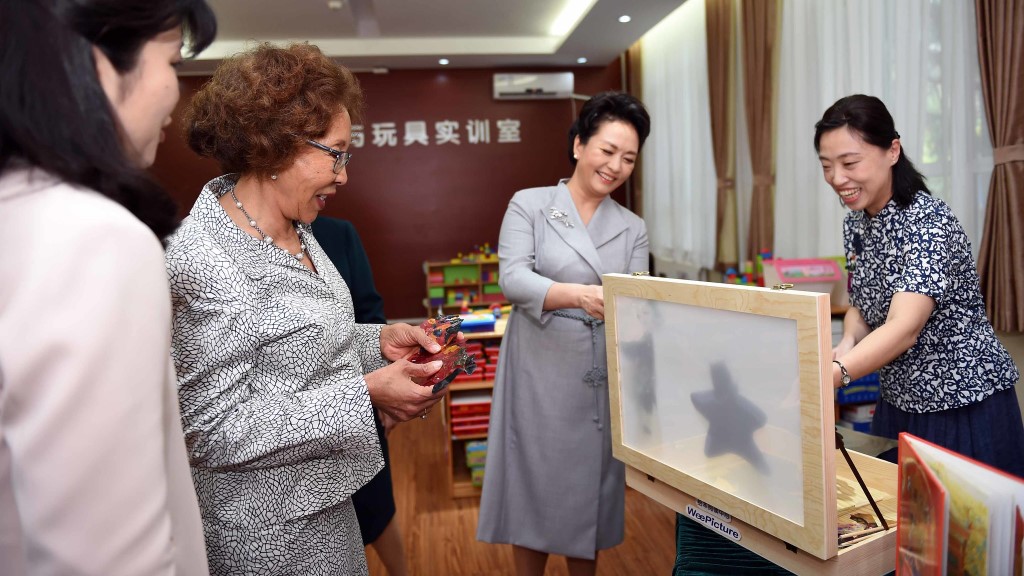 Peng’s family were targeted during the Cultural Revolution, resorting to her father being stripped of his government job and forced to clean toilets to support his wife and three children. Her mother was a local actress that taught in a theater group. Both of her parents were deeply loved in the community. Her father spent his free time teaching villagers to read. Compassion is wired in the Peng DNA.

Though being very young, Peng would visit her father during his custodial tasks and bring him food, wash his clothes and keep a lookout for patrolling officers while her mother held his hand through a small partition. Times were rough.

Thankfully, once the Cultural Revolution started subsiding, her father was granted back to his government job and Peng went to art school which led to the discovery of her passion: singing. Not long after, she joined the People’s Liberation Army and sang patriotic songs about her love for her country. The rest is history. Guess you could say she struck a chord.

Not Just the First Lady: She is Peng Liyuan

It did not take long for Peng to become a household name. In fact, a certain young man took to her. Xi Jinping met Peng when he was still the mayor of Xiamen. Apparently, Xi knew he was going to marry Peng in the first 40 minutes of their meeting. Can you say ‘goals’? Peng initially was not taken with Xi until he related his background proving they had more in common than she thought. Xi’s father was the son of a peasant and they too were not born into money. 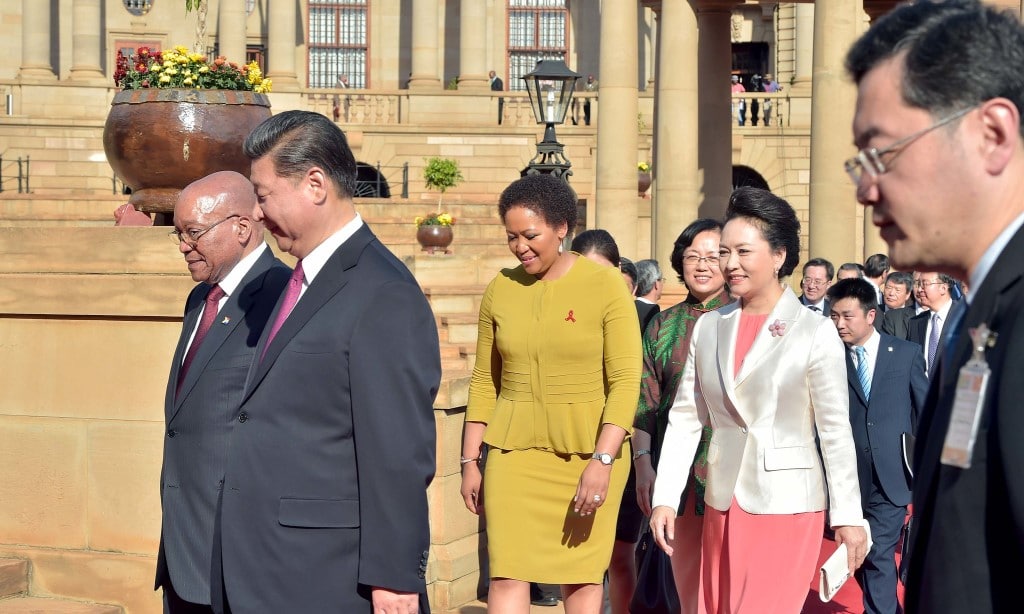 Xi and Peng are regarded as a great example of a loving marriage in China and their loyalty is unmatched. Peng once said in an interview, “When my husband comes home, in my eyes, he is just my husband, not a state leader. When I come home, in his eyes, I am just his wife and not a singing star.”

Peng complements the abilities and attitude of her husband with her soft strength and charisma, making her a perfect fit for the role of First Lady. Her genuine love for her country and community are undeniable and her role in the development of social structures has changed lives all over Asia. The Peony Fairy is a force to be reckoned with and a true icon of female power and solidarity.

To this day, she donates funds to Peng Village and still cherishes her ties with her small community. To them, she is a beacon of hope. She is proof that poverty defines no one. It is love and strength of the heart that creates miracles.