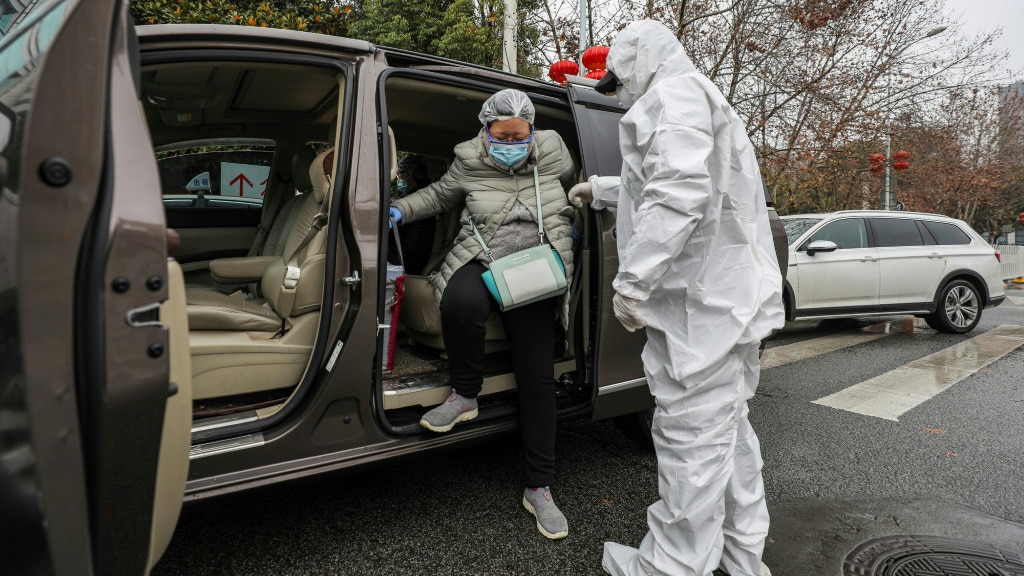 One new mother, surnamed Xie, told AFP she gave birth to her baby girl in Wuhan earlier this month alone, because nobody from her family was allowed to come with her to the hospital in the quarantined city where the outbreak emerged in December.

With roads blocked, she had been unable to attend pre-natal checks and was afraid to go to hospitals for fear of cross-infection.

“They let you out when you are delivering a baby,” Xie said, saying she had chosen a special gynecology hospital to give birth.

“When I got there, there was only one ward left,” she said.

“During my time in the hospital I wore masks and gloves all the time and washed my hands very often. I seldom left my ward.”

Some 56 million people in Wuhan and other cities in Hubei province have been under quarantine since late January.

But Xu Tingting from Huanggang told AFP she struggled to find a vehicle to get to hospital when she went into labor two weeks before her due date.

“I was having contractions every 10 minutes, and asked my parents to take me to the hospital. It took them nearly two hours to find a car and I was panicking, thinking I’d have to deliver at home without assistance,” Xu told AFP.

“My husband was in another city and wasn’t allowed to enter the town. It was the grocery store owner in our compound who finally agreed to take me in his delivery van.”

Xie and Xu — who had a healthy boy — are also nervous about going out to vaccinate their newborns.

“I still don’t know what to do yet. There’s still 20 days left for my baby to get vaccinated, I hope by then the situation is under control,” Xie said. 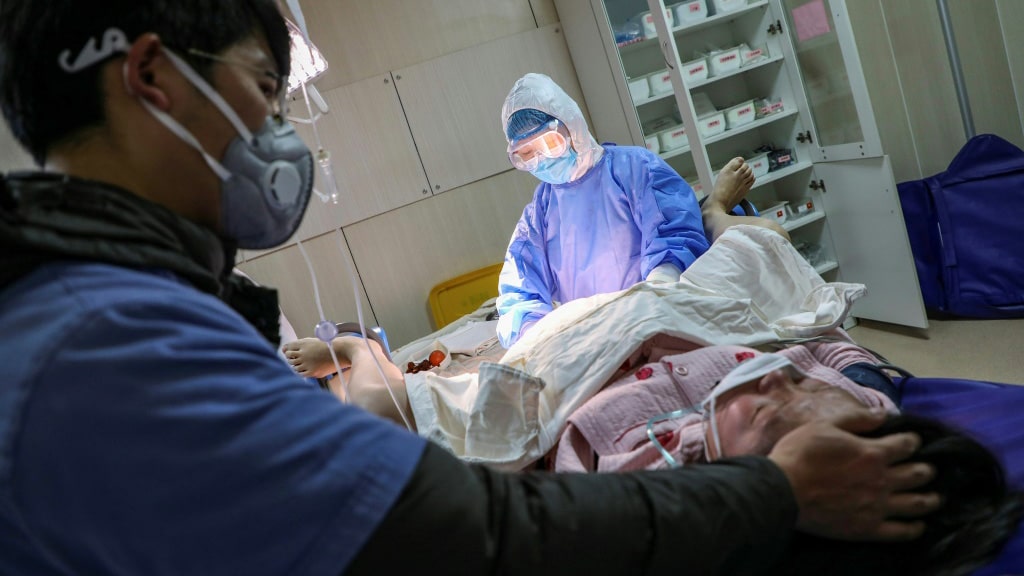 With some 80,000 infections nationwide and over 2,900 deaths, it isn’t just in the virus epicenter where new mothers are scared.

Beijing-based Angelika Fu, whose baby is due in two weeks, has chosen a private hospital despite the cost being 10 times higher.

“We opted for a private hospital, although costlier, because we wanted to avoid crowds and feel safe,” she told AFP.

She says she’s been trying to remain calm but that she had had “some hysterical moments”.

“I think the situation is getting better and better and the risk of being infected in the hospital is much lower than a month ago. At least, that’s what I want to believe,” Fu said.

Mental health service providers have also seen an uptick in the number of calls from anxious new mothers.

“Over the last month, dozens of pregnant women and new mums have been calling us with stress or anxiety related concerns,” said a volunteer at Beijing International Christian Fellowship, which runs a mental health hotline, who wished to remain anonymous.

“The uncertainty and disruption to normal life created by the epidemic was weighing down on many, in addition to the usual baby blues.”

Parenting groups and play areas have also been closed.

Theresa Ying delivered her baby in Beijing two days after Wuhan was placed in lockdown.

“I was very nervous. We didn’t have enough information at the time about this virus and that caused a lot of stress,” she said.

“For the baby’s first month vaccination, we asked a friend to buy the vaccine from Singapore and paid a nurse to come home and administer it.

“It’s costly, but I am afraid to take my baby out.”

The outbreak comes as China’s marriage and fertility rates decline, despite the introduction of a two-child policy.

Yi Fuxian, senior scientist at the University of Wisconsin-Madison, said the virus chaos will likely impact on demographics.

“The coronavirus epidemic will lead to a further decline in GDP growth, an increase in unemployment, a decline in household income, and a decline in the ability to raise children, so the fertility rate will continue to decline,” said Yi.

But others have suggested the long time trapped at home could outweigh this risk, though, with a cheeky banner widely shared on Weibo reminding residents in a Henan province city that “making a second child is a good way of making a contribution to the country.”

by Lillian DING and Helen ROXBURGH