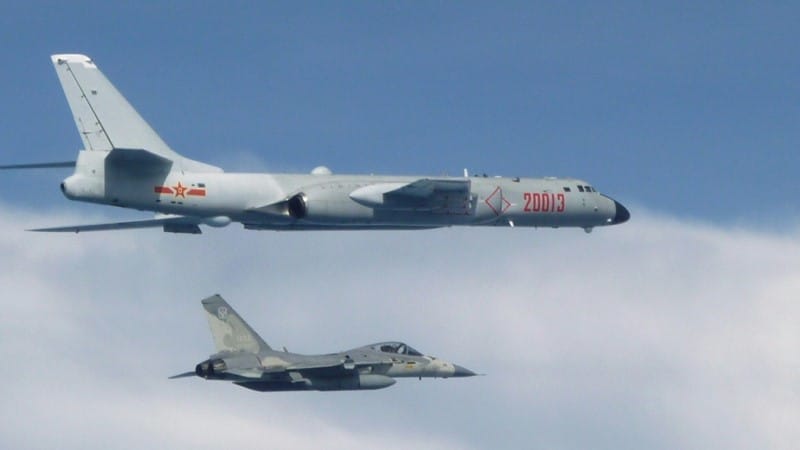 A record 38 Chinese military jets crossed into Taiwan’s defense zone as Beijing marked the founding of the People’s Republic of China, Taipei said on Saturday.

The show of force on China’s National Day on Friday near the self-ruled democratic island, which Beijing claims as part of its territory, came in the same week it accused Britain of sending a warship into the Taiwan Strait with “evil intentions”.

A second batch of 13 jets crossed into Taiwan’s ADIZ later on Friday, in a rare night incursion, bringing the total to a record 38, according to the ministry.

The ADIZ is not the same as Taiwan’s territorial airspace but includes a far greater area that overlaps with part of China’s own air defense identification zone and even includes some of mainland China.

Beijing often sends military aircraft into Taiwan’s air defense zone in a show of strength and last week flew 24 planes into the area after Taiwan applied to join a major trans-Pacific trade pact.

China’s authoritarian leaders have vowed to one day seize Taiwan.

Beijing has ramped up pressure on Taipei since the 2016 election of President Tsai Ing-wen, who views the island as “already independent”.

Last year, Chinese military jets made a record 380 incursions into Taiwan’s defense zone, and the number of breaches for the first nine months of this year has already exceeded 500.

The previous single-day record was on June 15 when 28 jets breached Taiwan’s ADIZ.

Friday’s incursion came after Britain sent a warship through the Taiwan Strait on Monday for the first time since 2008, a move that challenges Beijing’s claim to the sensitive waterway and marked a rare passage by a non-US military vessel.

The Chinese People’s Liberation Army’s Eastern Theatre Command accused Britain of acting out of “evil intentions to sabotage peace and stability in the Taiwan Strait”.