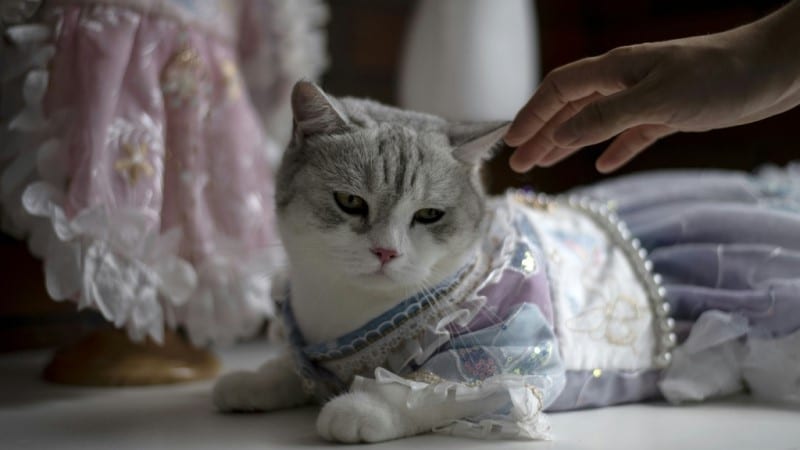 Her doting owner, Wu Qiuqiao, makes a living from designing miniature versions of traditional flowing Chinese gowns known as “hanfu” for cats and dogs that sell for up to 500 yuan ($70).

After quitting her job as a copy editor last year, the 26-year-old works from her apartment in the central city of Changsha designing pet-sized dresses out of pastel-coloured chiffon and decorated with embroidery, beads, frills and motifs that she sells online.

Liu Liu ably models the creations inspired by the historic costumes of the Han ethnic majority that are seeing a resurgence in popularity among young people — and now pet owners. 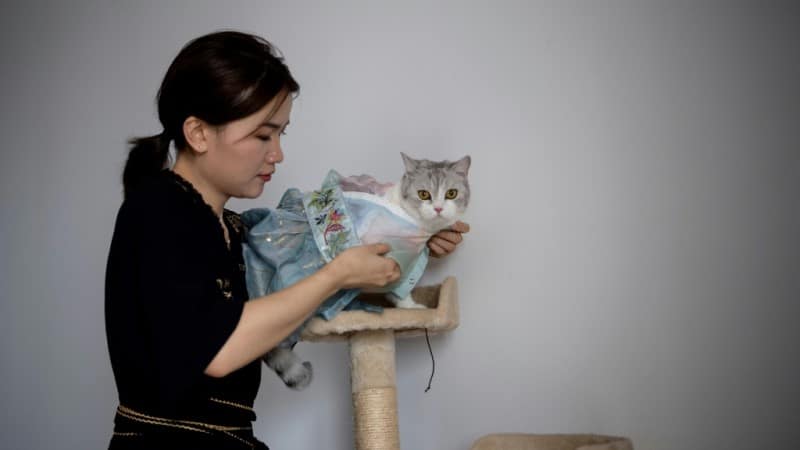 “Some of my regulars may have already bought all the clothing in my store and occasionally ask me to introduce new designs,” Wu said.

Wu got the idea for making historic garb for pets after failing to find suitable styles for Liu Liu.

Wu Qiuqiao has always loved making clothes, especially for her cat. See how the 26-year-old turned her passion into a business by opening a Taobao store that sells traditional Chinese outfits for pets. Read more: https://t.co/12ZB4up0aT pic.twitter.com/DLaW8ohQXC

And she clearly is not the only one who likes her furry companion dressed in something traditional.

Wu sells up to a thousand pieces a month from her online store Chunfeng Daxiaoqiao and she regularly rolls out new designs to satisfy demand. 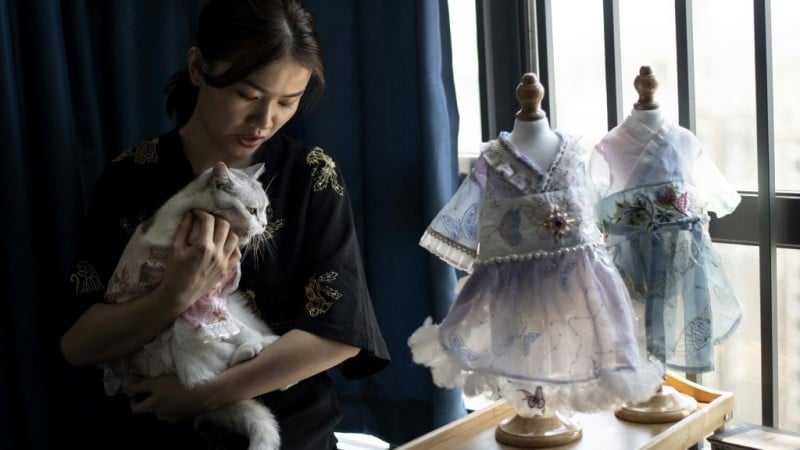 “I think hanfu is a heritage of history, and is also very beautiful,” Wu said.