TikTok Back in Pakistan after Court Revokes Ban 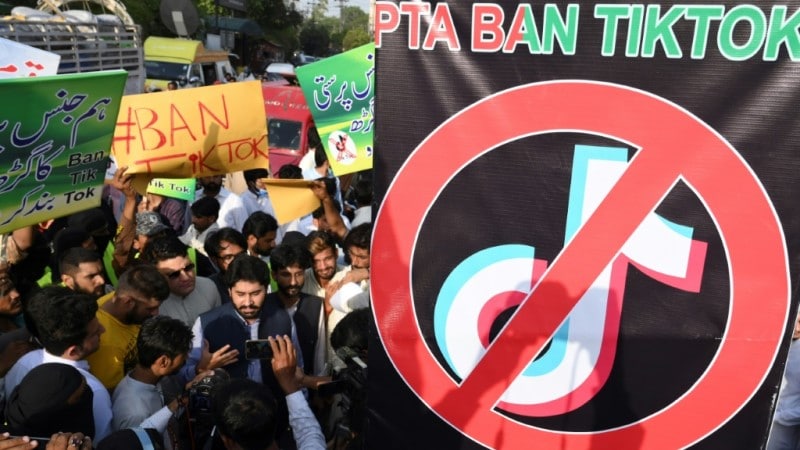 TikTok was running again in Pakistan Saturday after a provincial court lifted suspension of the popular social media service but ordered it to address complaints that it hosted objectionable content.

The Pakistan Telecoms Authority (PTA) blocked access Thursday for a third time after a ruling by a Sindh court hearing a private citizen’s petition against the Chinese-owned app.

TikTok‘s suspension was slammed by the video sharing platform’s huge fan base in Pakistan, many of whom use it to market and sell goods online.

But its critics in the deeply conservative Muslim nation say it promotes vulgarity and LGBTQ content.

TikTok has been shut down twice before in Pakistan because of alleged “indecent” videos — most recently in March, after which the platform pledged better moderation.

It said Wednesday it had removed more than six million videos from its Pakistan service in the past three months alone — around 15 percent featuring “adult nudity and sexual activities”.

A PTA official told AFP the court had Friday revoked its earlier order banning the app, and users confirmed it was running again.

Still, even senior Pakistan officials appeared confused by the to- and fro-ing.

“I am baffled after reading… verdict on suspension of TikTok,” Information Minister Fawad Chaudhry tweeted.