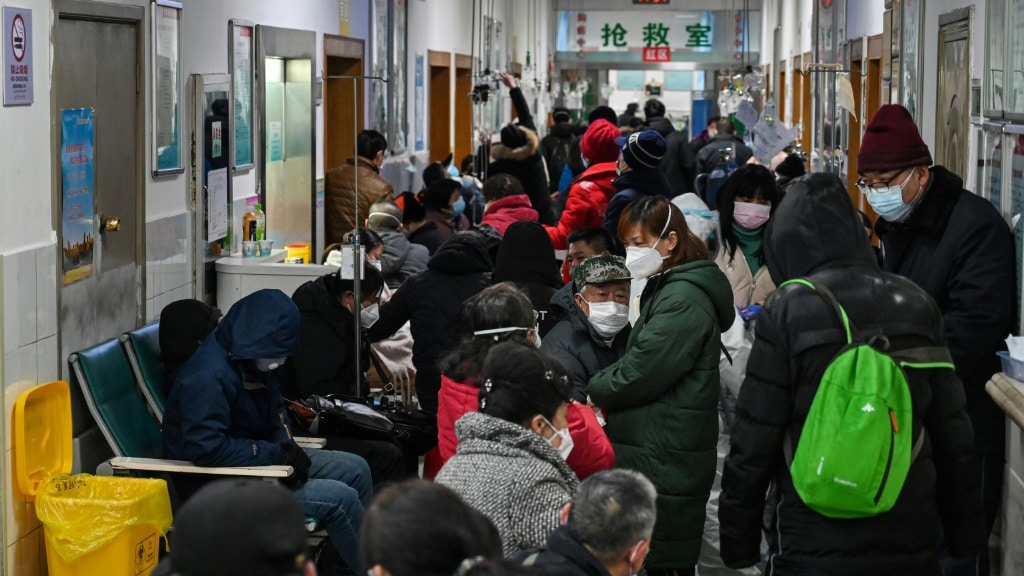 Crowds wait for medical attention at Wuhan Red Cross Hospital in January 2020, when the outbreak was still raging in the Chinese city

The United States has led the charge in questioning Beijing’s handling of the pandemic and how much information it has really shared with the international community since the virus emerged late last year.

Authorities in Wuhan initially tried to cover up the outbreak, punishing doctors who had raised the alarm online in December, and there have been questions about the government’s recording of infections as it repeatedly changed its counting criteria at the peak of the outbreak.

Wuhan’s epidemic control headquarters said in a social media posting on Friday that it had added 1,290 deaths to the tally in the city, which has suffered the vast majority of China’s fatalities from COVID-19, the disease caused by the virus.

The change also pushes the nationwide death toll up by nearly 39 percent to 4,632, based on official national data released earlier on Friday.

The official toll in the country of 1.4 billion people, however, remains well below the number of fatalities in much smaller countries such as Italy and Spain. 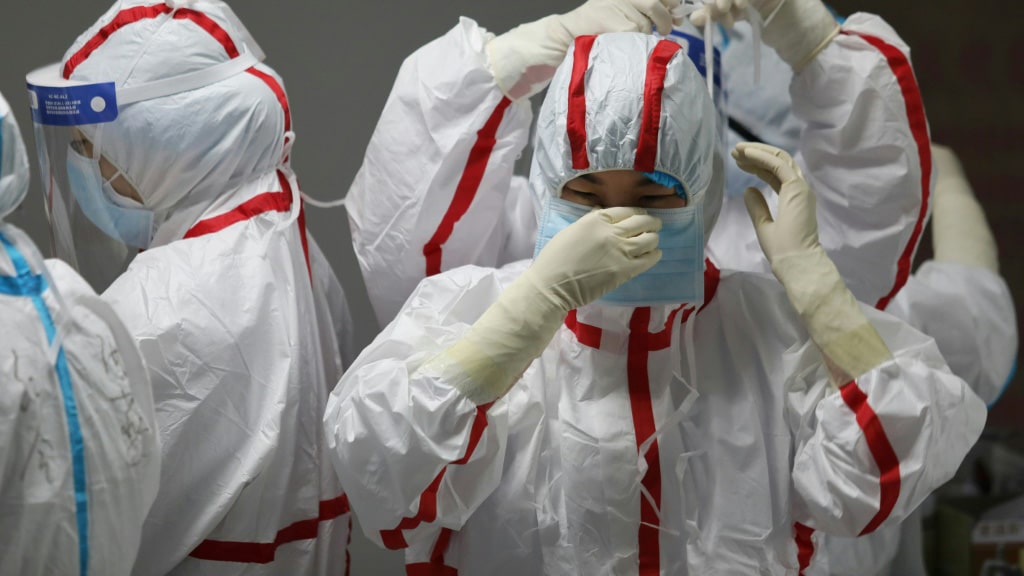 Medical staff put on protective equipment at the Red Cross Hospital in Wuhan, where the novel coronavirus first emerged in late 2019

China has come under increasing pressure from Western powers, with Washington and others raising doubts about transparency, and the US probing whether the virus actually originated in a Wuhan laboratory.

US President Donald Trump said China’s death toll was “far higher” that it had admitted — even after the new numbers were issued.

“We’ll have to ask the hard questions about how it came about and how it couldn’t have been stopped earlier,” British Foreign Secretary Dominic Raab said Thursday.

French President Emmanuel Macron told the Financial Times it would be “naive” to think China had handled the pandemic well, adding: “There are clearly things that have happened that we don’t know about.”

Chinese foreign ministry spokesman Zhao Lijian acknowledged that the virus’s rapid spread had contributed to undercounting, but added: “There has never been any concealment, and we’ll never allow any concealment.”

There however has also been some domestic discontent over the authorities’ handling of the outbreak, especially in Hubei province and its capital, Wuhan.

A civil servant in Yichang, which is in Hubei, said he had filed a lawsuit against provincial authorities for covering up the epidemic.

“Someone must be held accountable for this,” Tan Jun, the civil servant, said on social media. He later said police ordered him not to talk about the matter. 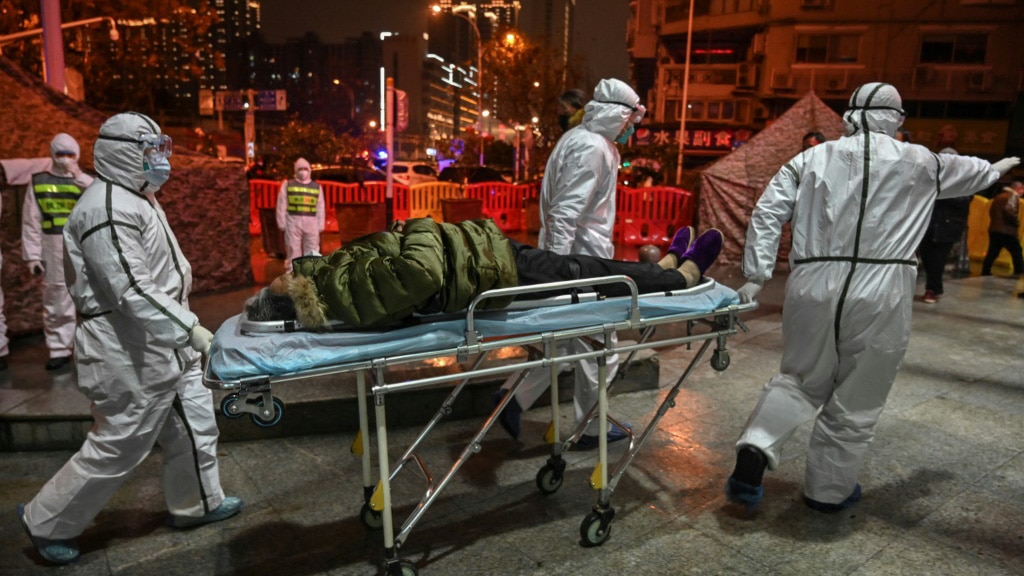 Medical staff in protective clothing arrive with a patient at a hospital in Wuhan on January 25, 2020

State-run nationalistic tabloid Global Times defended the revision in an editorial, saying it was a “responsible correction” based on “facts” and that some in the West were “hyping” speculation.

“It is hoped the veracity of the data can put all controversy surrounding it to rest,” it said.

Joseph Kam, professor of emerging infectious diseases at the Chinese University of Hong Kong, said local authorities may have been asked to hit a certain target in their reporting of deaths and confirmed cases.

“Given the naivety of these numbers, it seems very likely that this timing is to try to ameliorate foreign anger and distrust amidst the high infection and fatality rates we’ve seen,” Kam told AFP.

Wuhan cited several reasons for the missed cases, including that medical staff were overwhelmed in the early days as infections climbed, leading to “late reporting, omissions or mis-reporting”.

It also cited insufficient testing and treatment facilities, and said the deaths of some patients at home were not properly reported. 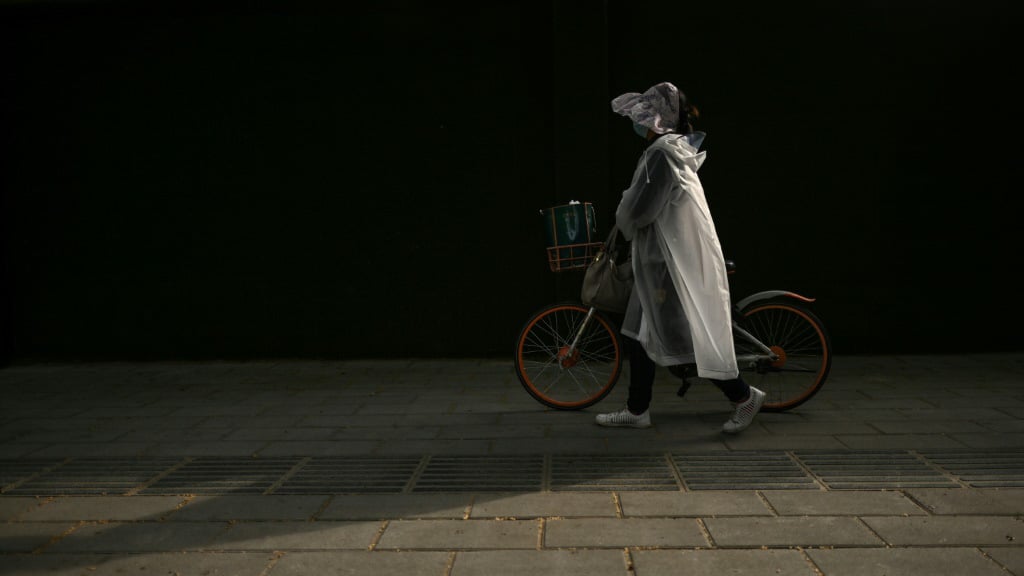 Hubei health authorities have previously flip-flopped on their figures.

Officials abruptly added nearly 15,000 cases to their count in mid-February, counting those who were diagnosed through lung imaging in addition to those who underwent lab tests.

Later, the National Health Commission removed 108 deaths from the toll after discovering that some fatalities were double-counted in Hubei.

Zhang Hai, a 52-year-old Wuhan man who has sought official answers after his elderly father died from the virus following unrelated surgery, said the revision was an “improvement”.

“The number revision shows the local government can take into account the problems brought up by the relatives of the deceased, and this can bring some solace to grieving families,” he said.