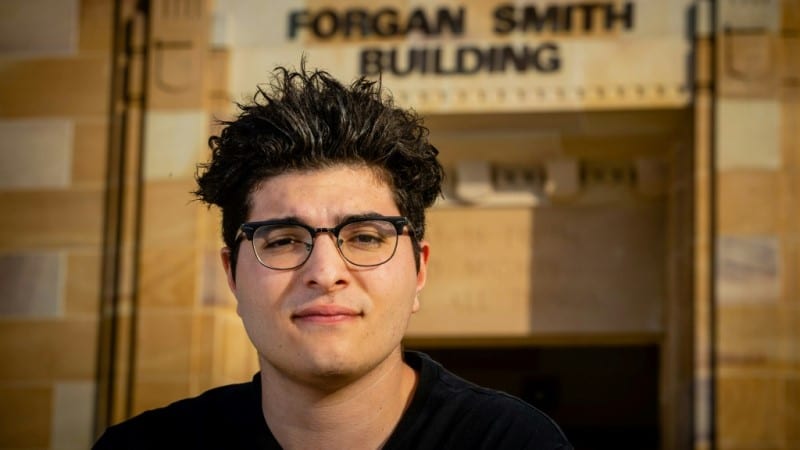 An Australian university student who has never visited China and has only a modest social media following would seem an unlikely target for the Chinese government.

But when a foreign ministry spokesman personally denounced Drew Pavlou at a recent press conference, it was just the next phase in an extraordinary campaign against the 21-year-old that has fueled concerns over China’s targeting of critics overseas.

Pavlou first placed himself in the superpower’s sights when he organized a small sit-in the University of Queensland, where he studied, in July last year to protest against various Chinese government policies.

Since then, the Global Times — a nationalist state-run tabloid — has published a series of articles branding him an “anti-China rioter” and portraying him as the face of alleged anti-Chinese racism in Australia.

Donate to create a multicultural, democratic alliance against the CCP. Together, we can establish a non-profit organization to fight CCP human rights abuses across the world and defend democracy against CCP influence.

Pavlou, a philosophy student, said he had also received death threats after one of China’s envoys in Australia labeled him a “separatist”.

The foreign ministry’s targeting of Pavlou occurred last month when the spokesman was asked about a viral photograph showing a Chinese diplomat walking across people’s backs in the Pacific island nation of Kiribati.

“There was a person named Drew Pavlou who revealed this photo. This person has always been anti-China out of political motives,” the spokesman said, even though Pavlou neither took the photo nor was the first to share it.

Pavlou said he was playing Grand Theft Auto on his Xbox at the time and that he “was just absolutely shocked”.

“It’s very weird for a superpower to be focusing on one 21-year-old Aussie student, one Aussie bloke who fundamentally is pretty stupid and does a lot of dumb things,” Pavlou told AFP. 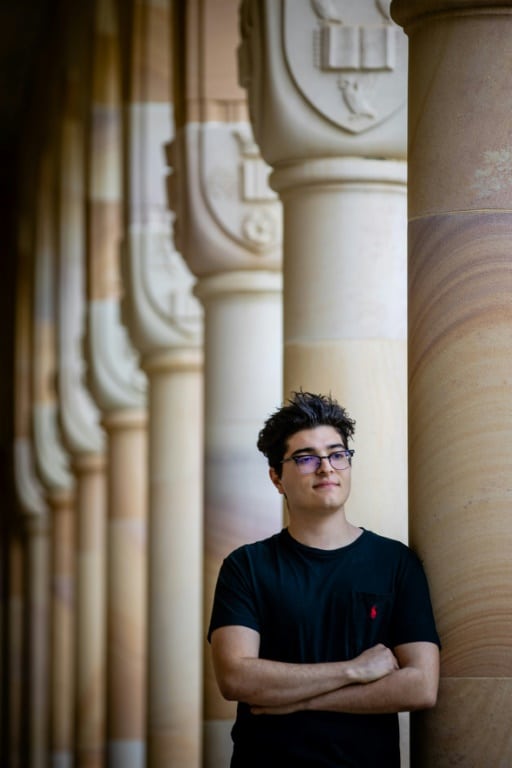 At times, Pavlou’s confrontational brand of activism has invited criticism, and made him a useful foil for Beijing.

He was accused of racism after posing outside his university’s Chinese-funded Confucius Institute with a sign declaring it a “Covid-19 biohazard” early in the pandemic.

He now regrets the stunt, but still does not understand why Beijing has kept him in its sights.

One explanation is that his activism has touched a nerve.

As well as criticizing China’s violent crackdowns in Hong Kong, Xinjiang and Tibet, Pavlou has drawn attention to the cosy relationship between Australian universities and the Chinese state.

Today, July 4th, 2020, we resolved to form an organization dedicated to fighting for democracy and human rights in China. More details will follow over the coming weeks.

Those ties are now being investigated by several Australian authorities for fear the influx of Chinese cash may have jeopardized the national interest.

Elaine Pearson, Australia director for Human Rights Watch, said a “thin-skinned” Beijing had only drawn greater attention to Pavlou and his advocacy.

“It’s pretty obvious from China’s actions more broadly that it really has no tolerance for dissent or opposing views these days,” Pearson said, adding the Chinese Communist Party’s “long arm of authoritarianism” was now reaching across the globe.

Pavlou’s antics also led the University of Queensland to amass a 186-page dossier of alleged disciplinary breaches against him, from incendiary social media posts to using a pen in a campus shop without paying for it.

After a closed-door hearing, Pavlou was suspended for two years, later reduced to the rest of 2020 on appeal.

‪Calling for a full parliamentary inquiry into UQ’s CCP ties. I am asking the government for help, I just want to be allowed to return to my studies‬

Pavlou is suing the university, its chancellor and vice-chancellor for Aus$3.5 million ($2.5 million) for alleged breach of contract and defamation.

The university has faced high-profile criticism over its handling of Pavlou’s case, including from former prime minister Kevin Rudd, who told local media the institution risked being seen as “bending the knee to Beijing”.

Like many Australian colleges, the University of Queensland became highly dependent on tuition fees from international students to fund research and subsidize domestic student places.

About 182,000 Chinese students were enrolled in Australian universities in 2019, bringing an estimated $6.8 billion into the economy. 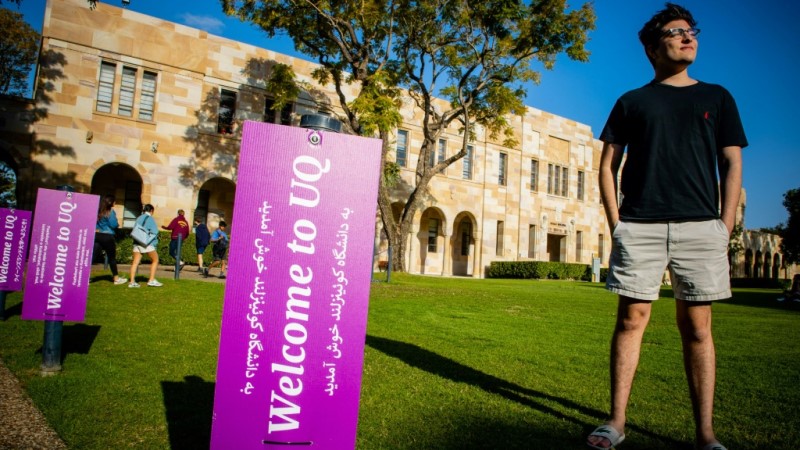 Drew Pavlou first placed himself in China’s sights when he organized a small sit-in the University of Queensland, where he studied, in July last year to protest against various Chinese-government policies

A University of Queensland spokeswoman denied any “political motivations” in pursuing disciplinary action against Pavlou.

“Neither of the findings of serious misconduct concerned Mr Pavlou’s personal or political views about China or Hong Kong,” she said, adding freedom of speech was “of utmost importance to UQ”.

Pavlou said he “never set out to be a political activist” and just wanted to organize a single protest to “disrupt things on campus”.

But while Pavlou said he was initially “naive”, he does not appear to have been intimidated by China.

His Twitter bio now carries a cheeky reference to the spokesman’s targeting of him: “Human rights and democracy activist. Youngest Australian ever denounced by the Chinese Foreign Ministry.”