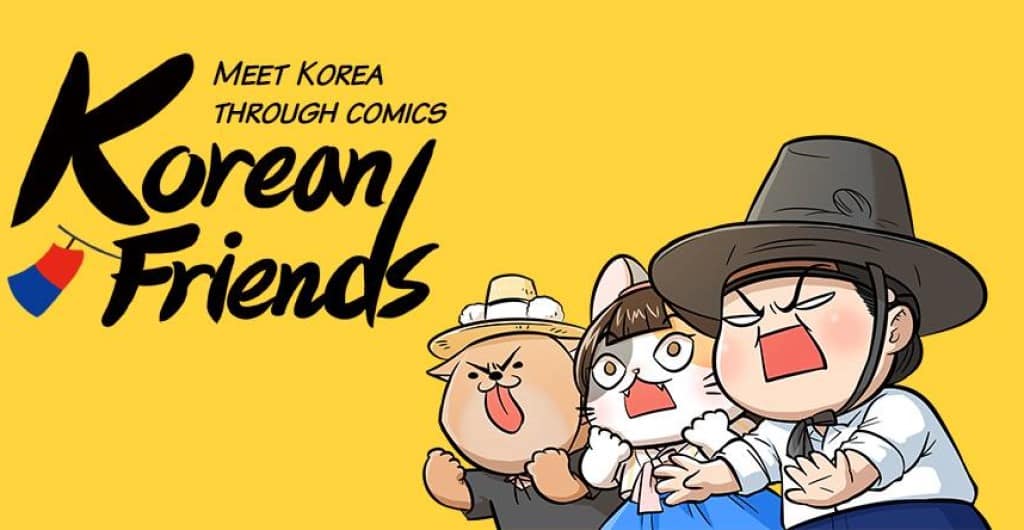 by Marius Carlos, Jr.
“Korean Friends” is sharp, funny, and unapologetic – three things that you genuinely need to put into art when introducing your culture to the world.

MARU Changjakso, Inc., a small startup in South Korea, has recently launched the English version of the webcomic ‘Korean Friends’ on the social media platforms Instagram, and Facebook. The webcomic features snapshots of Korean life and culture, and is aimed to improve global information dissemination to boost the country’s tourism.

The webcomic also features current and future trends of Korean culture. MARU Changjakso, Inc. is a tourism venture company and its content has actually been certified by the South Korean government. It is an official partner of the Korea Tourism Organization, and it has been successful in publishing multiple iterations of its informational webcomics in the native Korean. 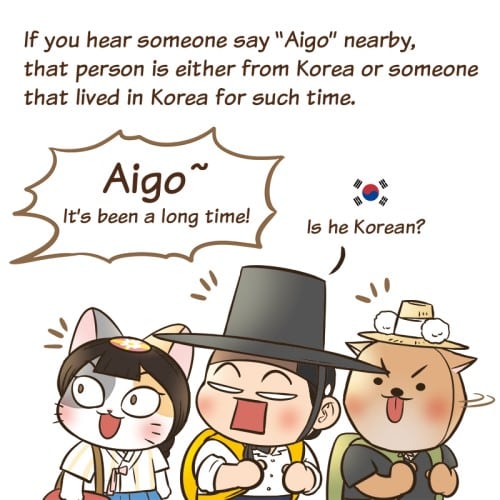 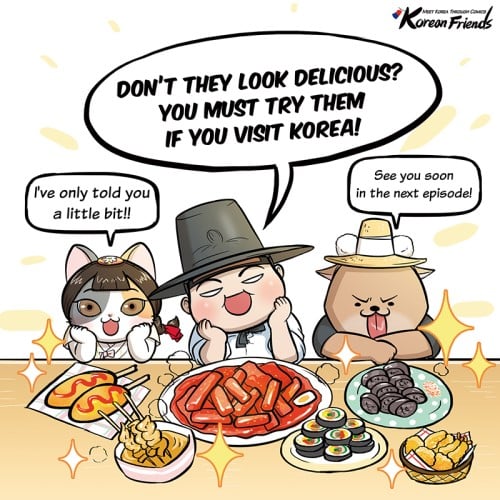 Korean Friends is headlined by a Korean man named Kim San, and his cat Nyang, and dog, Hwang-gu. What is immediately noticeable about the art is that Kim San wears a modern rendition of the traditional male clothing called the hanbok, which is comprised of a jacket or upper garment called the jeorgori, the baji or baggy pants, and the gat or traditional hat.

Kim San’s cat, Nyang, wears what appears to be a schoolgirl uniform (white blouse, necktie, and blue skirt), while the dog Hwang-gu wears a sweater, shirt, and what appears to be yet another version of a traditional winter hat in the country. The webcomic unabashedly displays the parallel lines of culture in the country, putting side by side the traditional and the modern in its national culture.

What sets Korean Friends from other comics spearheaded by government efforts is it brings high entertainment value to each panel, and invites readers to engage in dialogue with the new culture. Instead of relying on the easier approach of just listing information outright, it creates entertaining situations and it attempts to inject wit into every panel. In its August 7, 2019 post, it reiterates that Korean Friends is “ONLY SOUTH KOREA” (Nyang) and “Don’t worry, it’s not about North Korea” (Hwang-gu). 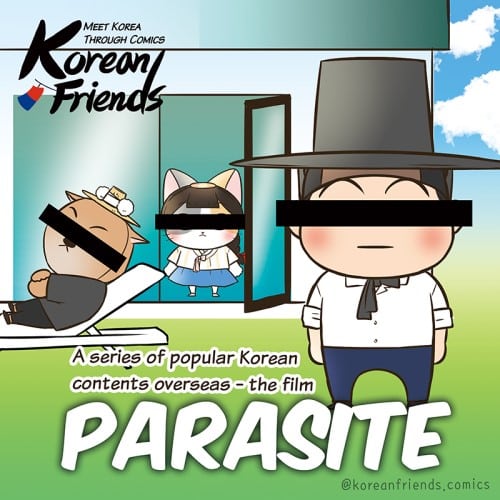 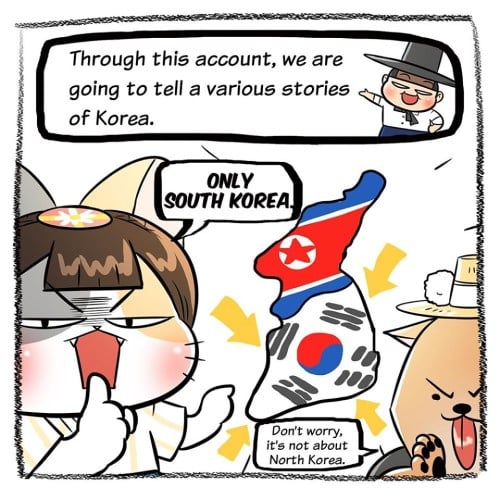 In the episode “CHI-MAC,” Korean Friends goes on to an extensive exploration of the “Chicken & Beer” which is“loved by every Korean.” The panels then proceed with a whole fried chicken in a white robe saying “Enjoy and cheer up my children,” and the cat and dog saying “Oh my ‘Chi-Neu-nim’!” and the dog groveling “Please feed us!”

We learn that Chi-Mac is an abbreviation of Chicken (Fried Chikcen) and Maekju (Beer). The combination is intensely loved across Korea, and is considered a staple across the nation. We also learn that there are variations of fried chicken in the region based on the spiciness of the recipe. Recipes include ingredients like soy sauce, curry, garlic, green onion, cream, cheese, among others. 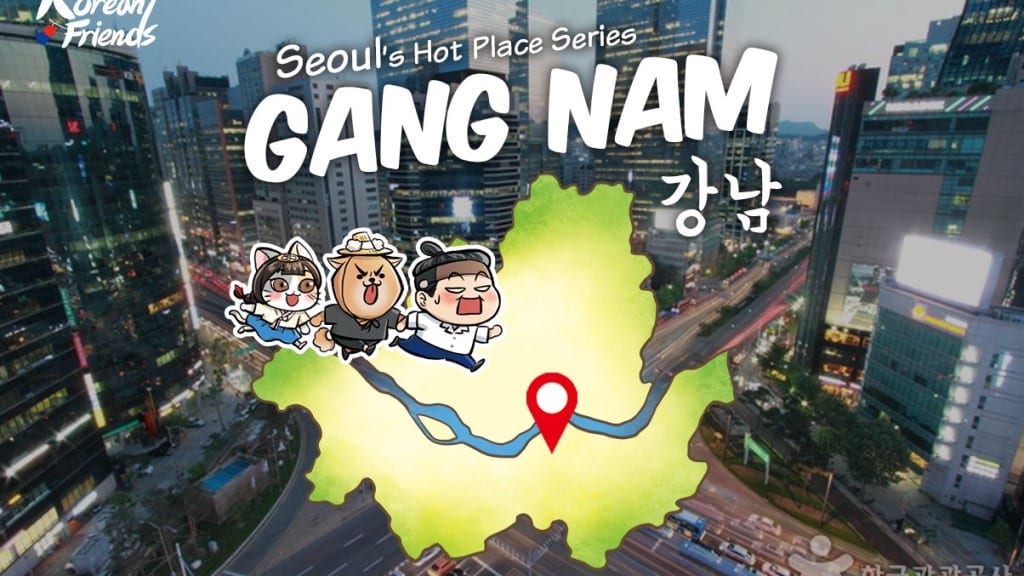 In the episode “HO-MI,” the readers are taken on a journey about the popular South Korean hand plow hoe called the “ho-mi.” Ho-mi is popular with foreigners and is actually being sold extensively through Amazon. The webcomics series is definitely not limited to the discussion of food and gardening implements, as exemplified b the episode “GANG NAM,” which is included in the webcomics’ “Seoul’s Hot Place Series.”

In this episode, the three protagonists do Psy’s signature “horseback” jig featured in the MV of the song Gangnam Style. One panel proclaims “Famous K-pop singer/rapper PSY’s ‘Gangnam Style’ [is] derived from the entire concept of trendiness. It’s kinda like having  YOLO mindset?” The next panel explains what the Gangnam District truly means to people in Korea “Gangnam exemplifies Korea’s most sophisticated and elegant urban culture.”

It’s surprising that the webcomics freely adapts popular Internet lingo to get its point across: “Gangnam was not a bougie area from the get-go. It has gained its current reputation through the urban development project in the 70’s. What a drastic development and change!” The term “bougie” refers to anything that appears to be consumerist and excessive. It’s a contraction of “bourgeois” which refers both to capitalists, the middle class, and the culture of consumerism.

MARU Changjakso, Inc. will continue to publish episodes of their increasingly popular webcomics series, and who knows what we’ll see in the coming months? Let’s stay tuned to their Facebook and Instagram feeds.