The Pentagon Mistakes Behind the Rout of the Afghan Army 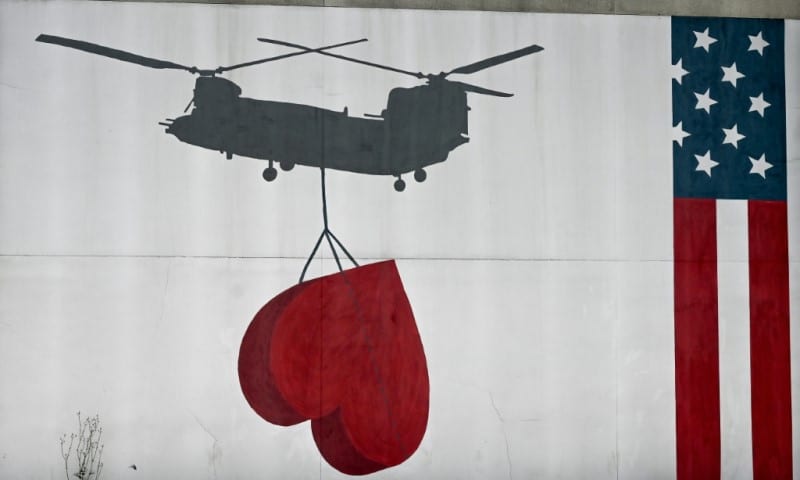 The collapse of the Afghan army that allowed Taliban fighters to take control of Kabul cast a stark light on errors committed over 20 years by the Pentagon as it spent billions of dollars in Afghanistan.

Washington spent $83 billion in its effort to create a modern army mirroring its own. In practical terms, that meant huge dependence on air support and a high-tech communications network in a country where only 30 percent of the population can count on a reliable electricity supply.

But the Afghans — many of them illiterate young men in a country lacking the infrastructure to support cutting-edge military equipment — were unable to mount a serious resistance against a less-equipped and ostensibly badly outnumbered foe.

Their capabilities were seriously overestimated, according to John Sopko, the US special inspector general for Afghanistan reconstruction (SIGAR).

Each time he tried to evaluate the Afghan army, he said, “the US military changed the goalposts, and made it easier to show success. And then finally, when they couldn’t even do that, they classified the assessment tool.

“So they knew how bad the Afghan military was.”

His office’s latest report to Congress, filed last week, said that “advanced weapons systems, vehicles and logistics used by Western militaries were beyond the capabilities of the largely illiterate and uneducated Afghan force.”

For months, Pentagon officials have insisted on what they said was the numerical advantage held by the Afghan forces — supposedly with 300,000 men in the army and the police — over the Taliban, estimated to number some 70,000.

But those army numbers were greatly inflated, according to the Combating Terrorism Center at the prestigious US Military Academy at West Point, New York.

As of July 2020, by its own estimate, the 300,000 included only 185,000 army troops or special operations forces under Defense Ministry control, with police and other security personnel making up the rest.

And barely 60 percent of the Afghan army troops were trained fighters, the West Point analysts said.

A more accurate estimate of the army’s fighting strength — once the 8,000 air force personnel are taken out of the equation — is 96,000, they concluded.

The SIGAR report said desertions have always been a problem for the Afghan army.

It found that in 2020, the Afghan army had to replace 25 percent of its force each year — largely because of desertions — and that American soldiers working with the Afghans came to see this rate as “normal.”

American officials have repeatedly vowed that they would continue to support the Afghan army after August 31 — the date announced for completing the withdrawal of US troops — but they have never explained how this would be done logistically.

During his last visit to Kabul, in May, US Defense Secretary Lloyd Austin raised the possibility of helping the Afghans maintain their air force — from afar — through an approach he called “over the horizon” logistics.

That vague concept implied the use of virtual training sessions with video conferencing on the Zoom platform — an approach that seems illusory given the need for the Afghans to have computers or smartphones with well-functioning wi-fi connections.

Ronald Neumann, a former US ambassador to Kabul, believes the American military “could have taken more time” to withdraw.

The agreement reached by the Trump administration with the Taliban called for a complete withdrawal of foreign forces by May 1.

Trump’s successor Joe Biden pushed that date back, originally to September 11 before changing it again to August 31.

But he also decided to withdraw all American citizens from the country, including the contractors who play a key role in supporting US logistics there.

“We built an air force that depended on contractors for maintenance and then pulled the contractors,” Neumann, who was ambassador under President George W. Bush, told NPR public radio.

Worse, the salaries of the Afghan army had been paid for years by the Pentagon. But from the moment the American army announced its planned withdrawal in April, responsibility for those payments fell on the Kabul government.

Numerous Afghan soldiers have complained on social media that they not only have not been paid in months, in many instances their units were no longer receiving food or supplies — not even ammunition.

The rapid US withdrawal provided a final blow.

“We profoundly shocked the Afghan army and morale by pulling out and pulling our air cover,” said Neumann.