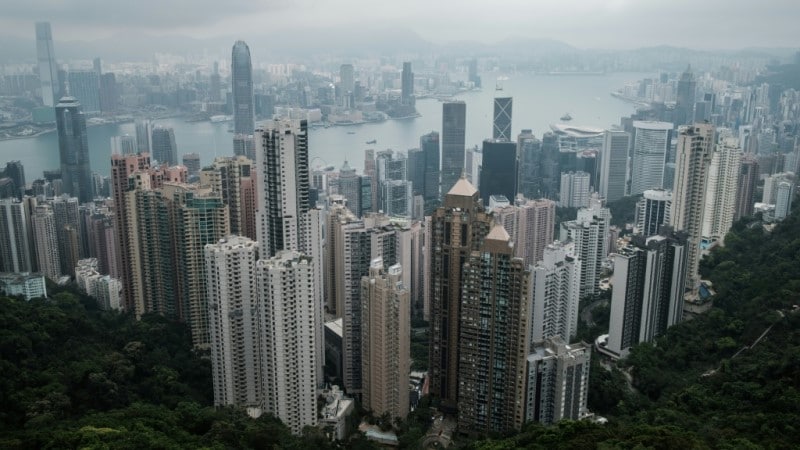 In its latest report for 2021, US officials said Hong Kong was still not doing enough to identify trafficking victims and prosecute abusers

A Philippine domestic worker who was sexually abused by her Hong Kong employer will take the city’s police to court over their decision not to classify her as a victim of human trafficking, her lawyers said Friday.

Activists have long argued that the city’s 370,000 domestic workers — mostly poor women from the Philippines and Indonesia — are acutely vulnerable to various forms of exploitation, including sexual abuse, and have backed calls for a suite of dedicated anti-trafficking laws.

Authorities have rejected those demands, but now face a legal challenge after a rare successful conviction of an employer sexually abusing a domestic helper.

The woman — referred to in legal documents as “CB” — was hired to work as a domestic helper for Brian Apthorp, a British permanent resident in his 80s.

She alleged that Apthorp routinely sexually assaulted her throughout her employment in 2018 and 2019.

Apthorp was convicted on Friday of two counts of indecent assault against CB and will be sentenced on 15 July.

But CB’s lawyers say she felt let down by the response from police and prosecutors, particularly their decision to try Apthorp in the Magistrate’s Court, which deals with the least serious offences and where prison sentences are capped at shorter lengths.

They have now launched a judicial review against both the commissioner of police and the secretary for justice over their handling of the case.

News of the potentially landmark legal challenge came the same day Hong Kong’s government hit out at a decision by the United States to keep the city on a human trafficking watchlist.

Each year the State Department assesses countries for whether they are adequately tackling human trafficking.

In its latest report for 2021, US officials said Hong Kong was still not doing enough to identify trafficking victims and prosecute abusers, keeping it on its “Tier Two Watchlist” ranking alongside countries such as Belarus, Liberia and Thailand.

“The absence of laws criminalizing all forms of trafficking impeded officials’ ability to investigate and charge suspected traffickers,” the report’s authors wrote.

Hong Kong’s government blasted that assessment in a statement on Friday, describing it as “biased and unreasonable” and declaring that human trafficking has “never been a prevalent problem” in the city.

They also plan to challenge the police’s decision not to classify her as a victim of trafficking or forced labor — an assessment that could have meant Apthorp would have faced more serious charges and a longer sentence.

The court will hold its first hearing on 30 September and decide whether to proceed with a full review.

If successful, a judicial review could add pressure on Hong Kong’s government to bring in new laws to counter trafficking.