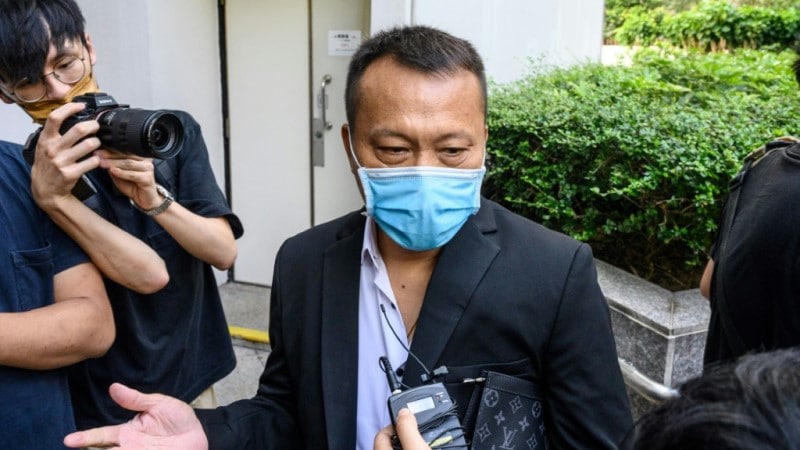 Five men who took part in a mob attack on Hong Kong democracy supporters two years ago were found guilty of rioting and wounding on Friday in the first convictions over an assault which sparked widespread outrage.

The brazen attack took place in the train station of Yuen Long — a town close to the rural border with mainland China — during huge democracy rallies that were convulsing the finance hub.

Dozens of men dressed in white and wielding sticks pounced on protesters returning from a rally in the city, as well as reporters and ordinary commuters, sending some 50 people to hospital.

Live broadcasts of the attack — and the police’s perceived failure to respond quickly enough — was a turning point in the huge protests, further hammering public trust in the city’s government.

A sixth defendant, transport worker Wong Chi-wing, was acquitted after Yip ruled he could not be clearly identified in the CCTV footage.

All five offenders, together with two other defendants who previously pleaded guilty, will be sentenced on July 22, one day after the second anniversary of the attack.

The attack was a public relations disaster for Hong Kong’s police force, especially after officers were photographed talking to men in white wielding sticks and letting them leave the scene.

An award-winning investigation by public broadcaster RTHK also found police did not stop a build-up of men with sticks in Yuen Long in the hours before the attack.

A producer on that investigation, Bao Choy, was later convicted for making improper vehicle license plate searches as part of an effort to trace the attackers.

The force has consistently denied any wrongdoing and allegations of collusion. It says its officers were too busy handling violent democracy rallies across the city.

Only a tiny fraction of the Yuen Long attackers were arrested.

Local media have reported many slipped across the border to mainland China.

Police have confirmed some of those involved in the attack have links to triad organized crime gangs.

More recently, senior police officers have sought to recast the attack as a pitched battle between two evenly matched sides.

Police arrested some of those who were on the receiving end of the attack, including former opposition lawmaker Lam Cheuk-ting who was beaten bloody.

Lam is expected to go on trial in 2023, charged with rioting.