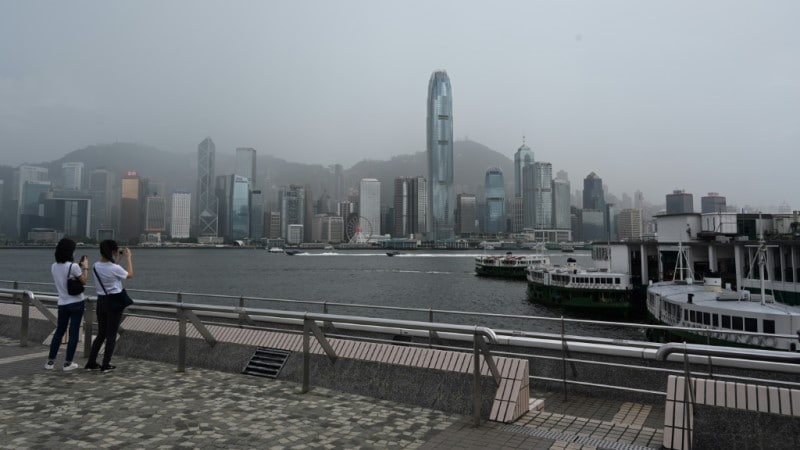 The announcement came the same day that veteran broadcaster Steve Vines and Kacey Wong, one of the city’s best known political artists, also separately confirmed they had left Hong Kong because of declining freedoms.

“Over the past six years, the road to freedom has become tougher and more dangerous, the world is increasingly polarized and antagonistic,” Initium’s chief editor Susie Wu wrote in an article commemorating the outlet’s sixth year anniversary.

Initium is a comparatively small Chinese-language outlet with some 60,000 paying subscribers.

But its departure illustrates the concerns many media outlets have about their future in Hong Kong, a city which was once a bastion of free speech in China.

“We believe no matter where we are, as long as the freedom in our hearts is connected, we can create larger space for freedom,” Wu wrote.

China is currently remolding Hong Kong in its own authoritarian image after huge and often violent democracy protests two years ago.

A sweeping national security law imposed last year has criminalized much dissent and authorities have embarked on a campaign to root out those deemed unpatriotic.

Many of the city’s most prominent pro-democracy activists have been arrested or jailed. Others have fled overseas.

On Tuesday, public broadcaster RTHK confirmed veteran host Vines had left for the UK, blaming what he said was “white terror sweeping through Hong Kong”.

“The institutions that ensure the liberty of Hongkongers are being dismantled by people who care so little that they don’t even flinch when it becomes abundantly clear that the very essence of the place is being destroyed,” Vines wrote in an email to colleagues, RTHK reported.

In a separate interview with Hong Kong Free Press, political artist Wong said he had moved to Taiwan in search of “100 percent freedom” because of diminishing freedom in his home city.

Multiple international media companies, including AFP, have their regional headquarters in Hong Kong, attracted to the business-friendly regulations and free speech provisions written into the city’s mini-constitution.

But many media outlets are questioning whether they have a future there.

The New York Times moved its Asia hub to South Korea after the law was enacted last year, and others have drawn up contingency plans.

The group cited the sudden closure of pro-democracy tabloid Apple Daily in June after its assets were frozen under the national security law.