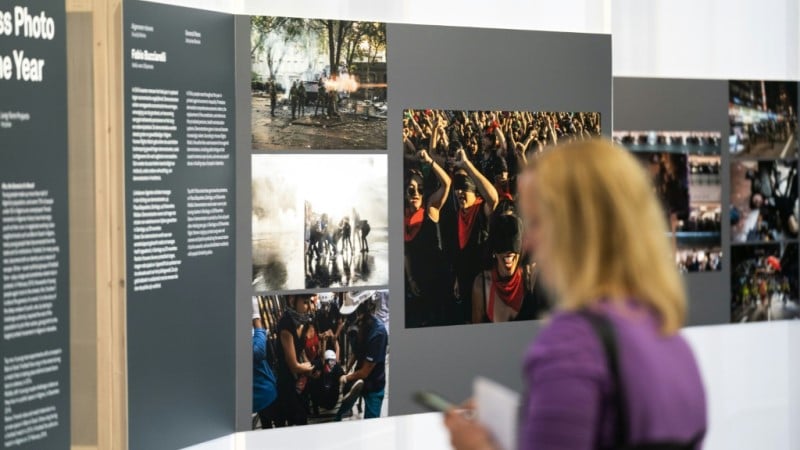 An exhibition of World Press Photo winners due to take place at a Hong Kong university was scrapped this week, with organizers citing “safety and security” fears

A Hong Kong university has scrapped an exhibition of World Press Photo winners just days ahead of its opening, citing “safety and security” fears.

The decision by Hong Kong Baptist University comes as Beijing and local authorities oversee a sweeping crackdown on dissent in the city.

World Press Photo is an annual competition that awards “the best visual journalism” around the world each year.

The exhibition was also set to include prize-winning images of the huge and often violent pro-democracy protests that swept Hong Kong in 2019.

“After giving due consideration to campus safety and security, and the need to maintain pandemic control, Hong Kong Baptist University considers that it is not an appropriate time to hold the ‘World Press Photo Exhibition 2020’ on its campus,” the university said in a brief statement.

It did not elaborate on what those safety fears were.

Robin Ewing, director of HKBU’s International Journalism programme, said she was “disappointed that our students and the people of Hong Kong will not be able to see the exhibition in person”.

“The decision was made at the top level of the university,” she told AFP.

In a statement on its Facebook account, the organising committee of the World Press Photo Exhibition Hong Kong confirmed HKBU had pulled out three days before the exhibition’s start.

“We regret it for Hong Kong and for everyone who helped to bring this project to life,” the organisers said.

The statement did not say why HKBU had pulled out.

It is not the first time the World Press Photo has struggled to exhibit inside China.

Last October an annual exhibition in neighboring Macau, which had run for more than a decade without incident, was suddenly shut down without explanation by authorities.

Both Hong Kong and Macau are former colonies that were granted certain freedoms unseen in the Chinese mainland when they returned to communist China’s rule.

Those rights are disappearing under the central government’s tightening grip.

Authorities said the law was needed to return stability.

Dozens of critics and democracy campaigners have since been arrested under the new law, including Jimmy Lai, the owner of the popular pro-democracy tabloid Apple Daily.

Hong Kong has long served as a vibrant media hub thanks to its business friendly environment, easy visa rules, independent judiciary and speech protections. Its universities also boast some of the best journalism schools in Asia.

But the city has steadily slid down annual press freedom ranking lists in recent years.

The security law has further compounded those concerns — one article of the law specifically orders authorities to “strengthen management” of foreign media.

“(It) gives yet another sign of growing chilling effect of the national security law on freedoms in universities and society at large,” Yeung told AFP.

Last year the New York Times announced it was relocating many of its staff from its Asia news hub in Hong Kong to South Korea because of the law and concerns about obtaining visas.

On the authoritarian Chinese mainland all local media is state controlled and heavily censored, while foreign journalists are routinely monitored, restricted, harassed and — on occasions — expelled for their reporting.