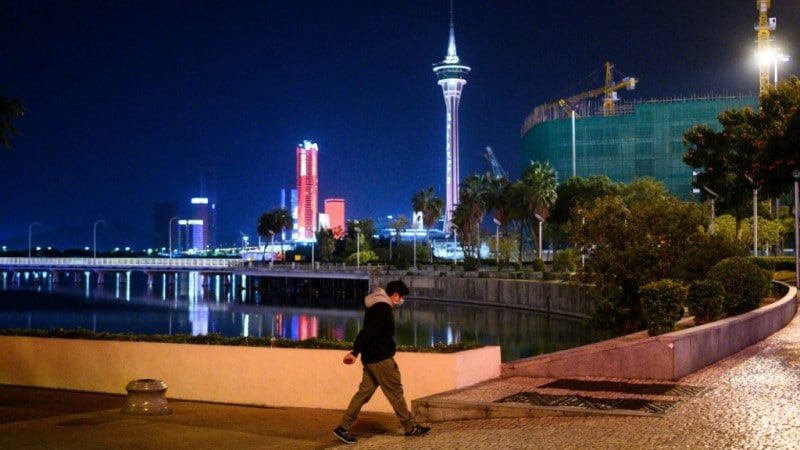 ​Macau has said it is closing its representative office in Taiwan

Macau said Wednesday it was closing its representative office in Taiwan, following neighbouring Hong Kong which made the same move last month in protest at Taipei’s support for pro-democracy activists.

Hong Kong and Macau are “semi-autonomous” Chinese cities, although foreign policy is all but decided by Beijing and the central government has taken an increasingly more direct say in how both former colonies are run in recent years.

In a short statement, Macau announced its Economic and Cultural Delegation in Taiwan will temporarily suspend operations from June 19.

In response, Taiwan’s Mainland Affairs Council expressed “deep regret over the Macau government’s unilateral decision,” saying it would continue to keep its trade office in the Chinese gambling enclave open.

Macau gave no reason for the closure. But the wording was almost identical to last month’s statement by Hong Kong.

That announcement was then followed by Hong Kong’s government confirming the closure was indeed political.

Taiwan, Hong Kong said, had “grossly interfered” in the city’s affairs on repeated occasions and “created irretrievable damage” to relations.

Hong Kong and Macau abide by authoritarian China’s view that democratic, self-ruled Taiwan is part of its territory and must be seized one day, by force if necessary.

That makes any official contact with Taipei tricky, even though Taiwan is a major trading partner.

China had encouraged trade offices when relations were warmer.

But since the 2016 election of Taiwan’s President Tsai Ing-wen, Beijing cut official contacts and ramped up economic, military and diplomatic pressure.

Beijing loathes Tsai because she regards Taiwan as a de facto sovereign nation and not part of “one China”.

Her government is also a vocal supporter of democratic principles and has quietly helped open its doors to some Hong Kongers trying to escape Beijing’s crackdown on dissent after huge democracy protests rocked the financial hub in 2019.