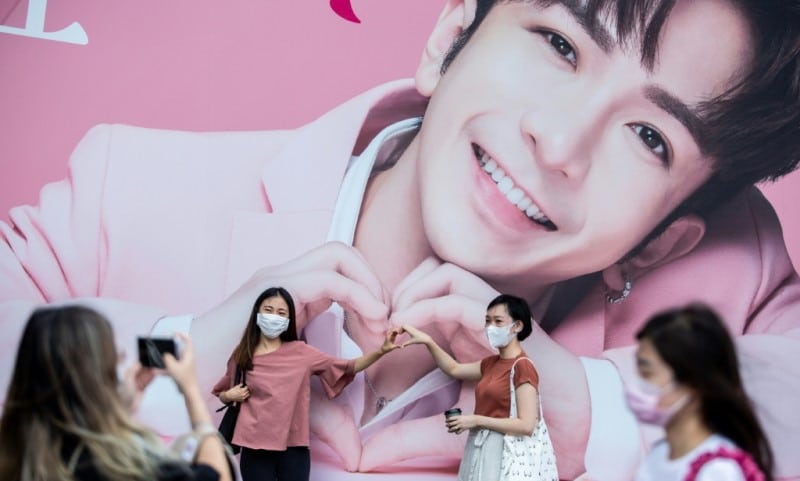 The 12-piece boy band Mirror has stirred a frenzy in Hong Kong, where many are desperate for both a happy escape and a source of local pride

In the middle of a Hong Kong shopping mall, hundreds of people are excitedly screaming and chanting. But this is not a recent democracy protest.

Instead the crowd has gathered for the latest boy band frenzy sweeping the troubled city, where many are desperate for both a happy escape and a source of local pride.

The occasion is an appearance by Edan Lui, one of the 12 members of local band Mirror who have taken Hong Kong by storm, who has arrived to promote an animated kids’ movie screening in local theatres.

A glass-shattering scream erupts as he takes the stage and the placard-waving crowd goes wild. 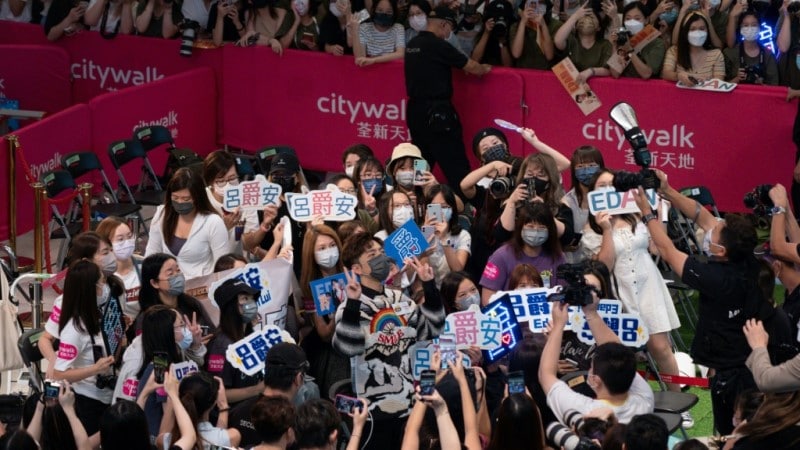 Among the excitable fans was Chan Yuk-kwai, 74, who decided not to tell her daughter that she would be spending her Saturday trying to catch a glimpse of a man her grandson’s age.

Until recently, Chan admitted, Cantonese opera was about the only music she consumed — but Mirror awakened something new.

She has spent months devouring what she can find about the troupe, often bombarding family chat groups with selfies when she spots a billboard featuring the band’s uniformly good-looking members.

“This upsurge is a miracle,” she beamed, contrasting the excitement of Mirror-mania with the months of depressing political and coronavirus news.

“They are my source of positive energy and happiness,” she added.

Hong Kong has had a tough couple of years.

Huge democracy protests convulsed the city in 2019, followed by a crackdown in which Beijing has swiftly moved to remodel the finance hub in its own authoritarian image.

The city has also remained closed to the outside world for most of the pandemic and has only just emerged from its worst recession in decades.

Mirror offer some much needed relief as well as belief that the city’s Cantonese culture is still thriving.

Hong Kong once used to churn out pop stars that were devoured by fans across Asia.

But in the last few decades it has been overshadowed by Chinese mainland and Taiwanese pop acts singing in Mandarin, as well as the meteoric rise of South Korean K-pop.

Mirror have emerged as the most popular Cantonese pop act since the superstar male performers of the mid-1990s, dubbed the “Four Heavenly Kings” by the local press.

Their official Facebook fan page boasts 140,000 followers while a tongue-in-cheek rival page called “My Wife Married Mirror and Left My Marriage In Ruins” boasts more than double that number.

“That drives the motivation to support a homegrown boy band.” 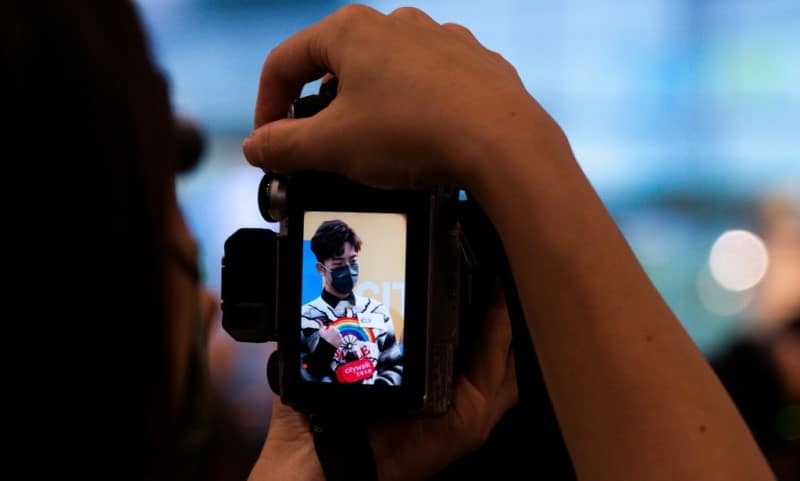 The band came out of a 2018 TV talent show and while many democracy supporters have embraced their upbeat lyrics the group steers well clear of showing any political colours.

Public gatherings of more than four remain outlawed in Hong Kong — ostensibly to guard against the coronavirus, although the city has had no major local outbreak for more than two months.

Protests are all but illegal.

But police show little appetite for taking on Mirror’s fans.

A few hours before Lui’s mall appearance, a huge queue of fans had formed on the city’s harbour to take selfies next to a new McDonald’s advertising board featuring Mirror band member Anson Lo.

Police officers showed up, but soon moved on after advising the fans to save enough walking space for others.

Amy, a medical worker in her 40s, posed for a picture holding two cups of a special pink McDonald’s drink that Lo has endorsed.

“Many people in Hong Kong have many grievances that can’t be easily unloaded,” she told AFP, asking to use a pseudonym.

“They gave us the ‘wow factor’ — that Hong Kong still has such great young talent.” 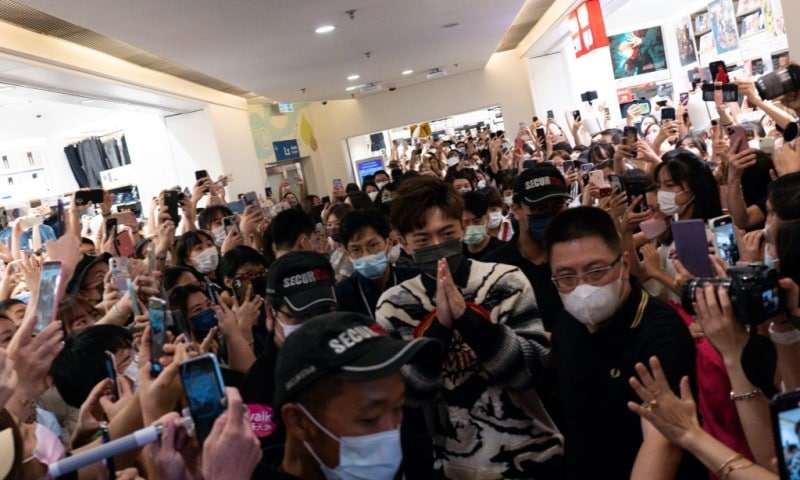 Pride in Hong Kong’s distinct Cantonese culture and language is intimately bound up in the city’s democracy movement.

The growing “mainlandisation” of Hong Kong has long fueled some of the political anger that exploded two years ago.

China’s authoritarian leaders have a long history of suppressing local identities and have vowed to make Hong Kong more “patriotic”.

But there are constant signs of pushback.

During the Olympics, when Hong Kong won a record six medals, there was an explosion of patriotism — not for China, but for the athletes representing the city.

At one shopping mall gathering, China’s anthem was booed, triggering a police investigation.

Fellow band My Little Airport have also built a huge following through their distinctly Cantonese lyrics, peppered with local slang, as well as clear nods of sympathy to the democracy movement.

The indie group has little of the corporate backing of Mirror, but tickets to two of their upcoming performances nonetheless sold out in just minutes.