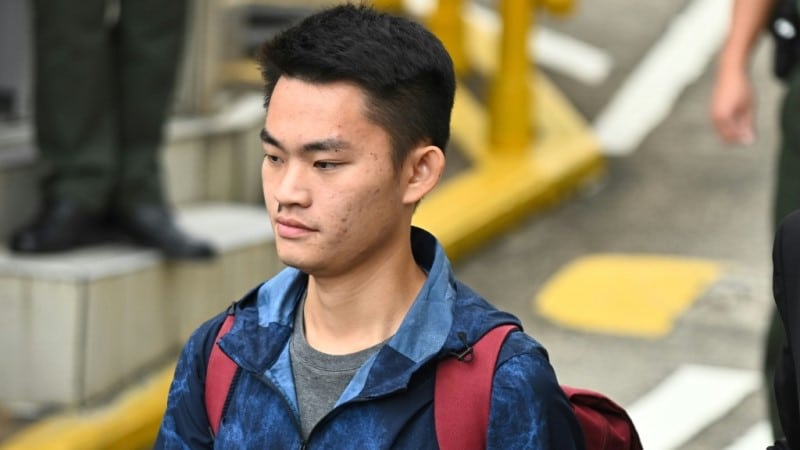 Hong Konger Chan Tong-kai admits to murdering his pregnant girlfriend in a Taipei hotel room nearly two years ago. He has even said he is willing to return to Taiwan and face trial. Yet he remains a free man. Why?

The strangulation of 19-year-old Poon Hiu-wing by Chan was a crime that set off a chain of events still reverberating today.

It inadvertently led to the huge democracy protests that swept through Hong Kong last year.

And it has taken center stage in China’s ongoing campaign to keep Taiwan diplomatically isolated as the self-ruled island pushes to be treated like a sovereign nation. 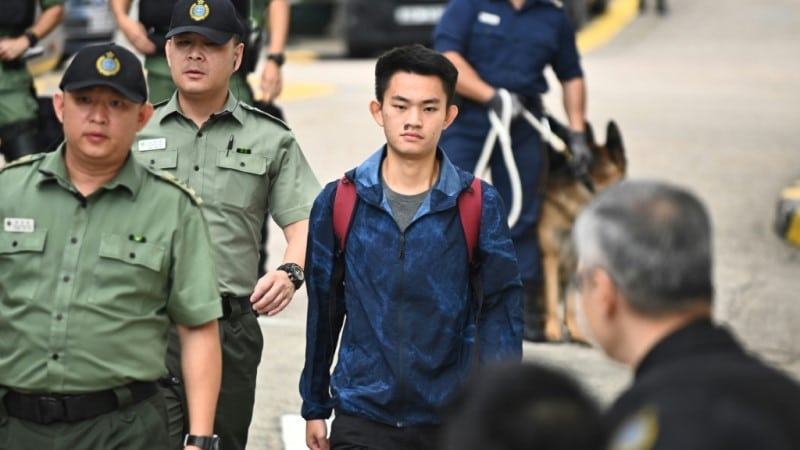 Trapped in the middle is Poon’s desperate mother who has pleaded in vain over the last year for Hong Kong and Taiwan to find a way to bring her daughter’s killer to justice.

How did we get here?

Chan, now 21, went on holiday to Taiwan with Poon in February 2018 for a Valentine’s treat but returned home without her.

He initially claimed to have no idea what happened to his girlfriend, who was pregnant.

Taiwanese investigators soon found Poon’s body dumped in a suitcase in a park on the outskirts of Taipei.

Security footage showed Chan dragging the heavy suitcase out of the hotel and Taiwan announced he was the only suspect. 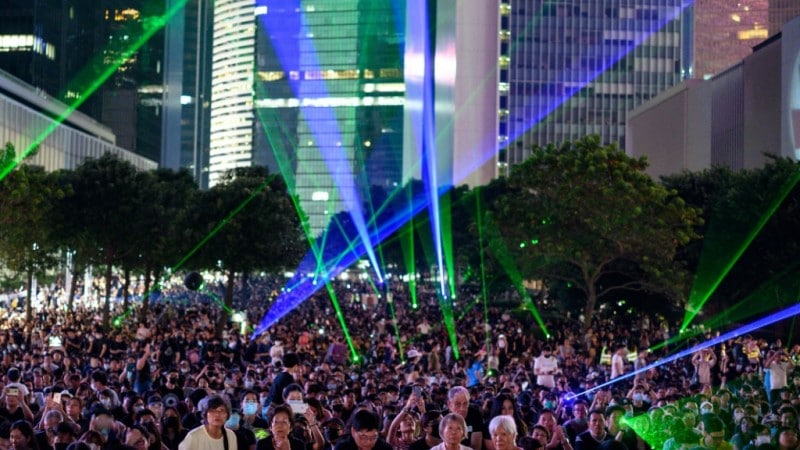 Chan was eventually arrested by Hong Kong police — but not for Poon’s murder. Police said they had no jurisdiction over the crime.

Instead he was convicted for stealing her credit card, serving just over 18 months in jail on a money laundering charge.

During the trial he did not contest the prosecution’s argument that he had killed Poon.

On his release last October he publicly apologized to her family, saying he was willing to go to Taiwan to stand trial for her murder but progress on that has stalled.

Hong Kong authorities say Chan is a free man who has served time for the only offenses he can be charged with.

He also lives with police protection in a city where many locals are furious at his actions. 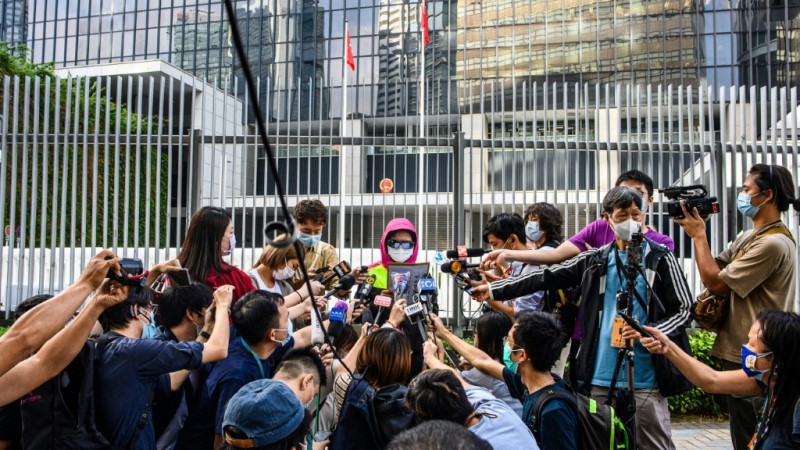 Poon’s mother (C) has cut a tragic figure, shuttling between Hong Kong ministries and urging officials to break the legal deadlock on Chan’s extradition to Taiwan

Why isn’t Chan Headed to Taiwan?

At the crux of this dispute is China’s refusal to recognize Taiwan, which Beijing regards as part of its territory.

Taiwan and China have gone through warmer periods when there has been police cooperation — in early 2016 Taipei handed three murder suspects to Hong Kong police at Taoyuan airport.

But relations have since plummeted.

Hong Kong follows Beijing’s lead. The financial hub has no extradition agreement with Taiwan and Hong Kong’s leaders say there are currently no laws allowing them to cooperate with Taipei’s investigators.

At the same time democratic Taiwan — which wants to be treated as a sovereign jurisdiction — has put up roadblocks preventing Chan’s return.

Taipei has said it will only allow Chan to apply for an entry permit if Hong Kong sets up a mutual legal assistance mechanism, something Hong Kong is unwilling to do.

Both sides blame each other for the impasse. 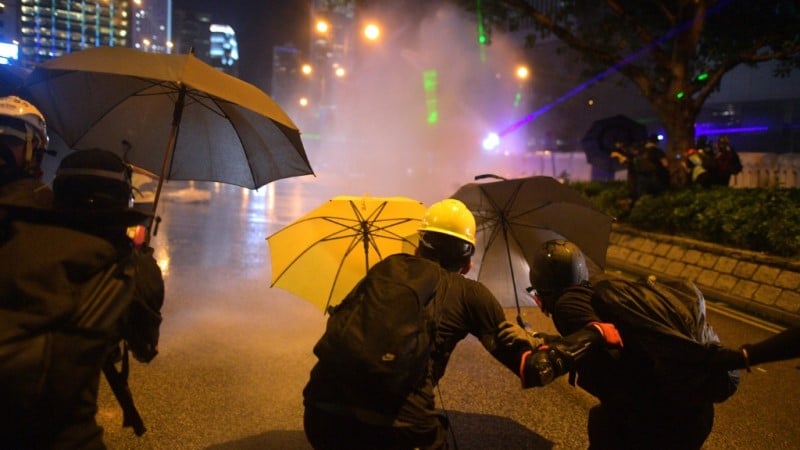 What Does the Murder have to do with Hong Kong’s Protests?

Hong Kong said the bill was needed to plug the kind of legal loopholes that Poon’s murder exploited.

But many were alarmed that the fast-tracked proposal — while allowing Chan to face justice in Taiwan — would also permit Hong Kongers to be extradited into mainland China’s opaque party-controlled courts where conviction is all but guaranteed.

That extradition proposal was eventually shelved but not until Hong Kong had erupted into a popular revolt against Beijing’s rule.

China has since blanketed Hong Kong in a sweeping security law that has, for now, snuffed out mass dissent and allowed its security forces to operate openly in the city for the first time. 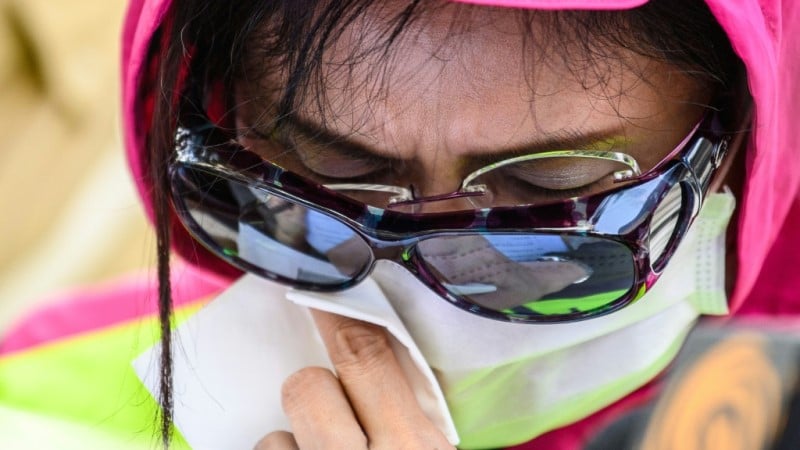 The mother — who has not revealed her name to media — has said she is willing to plead on Chan’s behalf for lenience if he goes to Taiwan for trial, including asking the courts not to apply the death penalty.

On Tuesday she fought back tears speaking to reporters as the one year anniversary of Chan’s vow to travel to Taiwan neared.

“My daughter was murdered, dumped in the wild to rot into a puddle of blood and white bones,” she said, in remarks aimed at the authorities.

“Is it your intention to leave my daughter’s case in limbo forever?”