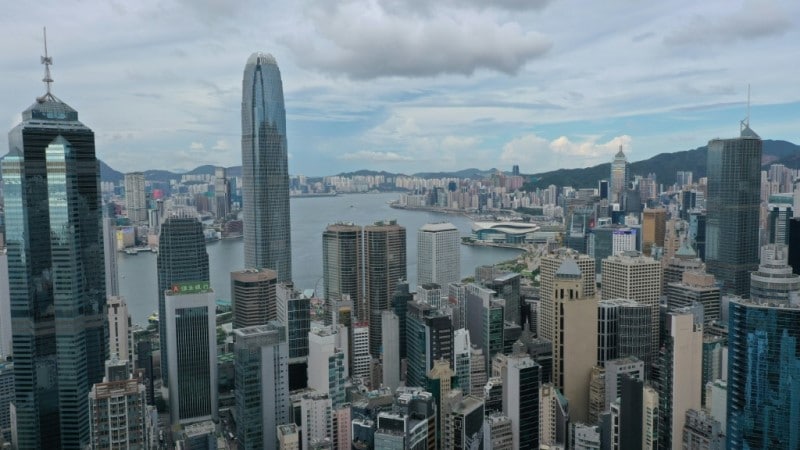 Shares in Hong Kong’s Vitasoy plunged Monday as the beverage brand was hit by online boycott calls from Chinese consumers after an employee stabbed a policeman and then killed himself.

The 81-year-old soy milk manufacturer saw as much as 15 percent wiped off its share price before closing some 12 percent down, its worst performance since the 2008 global financial crisis.

The sudden plunge illustrated the precarious situation many businesses face when they get caught up in Hong Kong’s febrile politics as authorities carry out a sweeping crackdown on dissent in the financial hub.

Chinese consumers called for a boycott over the weekend after a 50-year-old Hong Kong employee of Vitasoy attacked a policeman with a knife on Thursday night in what local authorities said was a “lone wolf domestic terror” attack.

Hong Kong police said they were investigating an attempted murder and suicide after a man attacked a police officer then stabbed himself in the chest on the anniversary of the city’s return to Chinese rule https://t.co/WOtoEniVyV pic.twitter.com/1JtBtHCndY

An internal memo was sent out by a Vitasoy employee mourning the “tragic death” of the man and extending condolences to his family, sparking online anger in mainland China.

Vitasoy quickly distanced itself from the memo, saying it did not represent the company and had used “extremely inappropriate wording”.

But consumers in China, where the company makes the vast majority of its profits, rounded on the brand.

By Monday afternoon, the topic “Get out of the Mainland, Vitasoy” had some 120 million readers on China’s Twitter-like Weibo platform.

China’s authoritarian government has cultivated a hyper-nationalist internet where consumer boycotts have been extremely effective at hammering any brand perceived to be disloyal to Beijing.

Hong Kong is a deeply polarized city after huge and often violent democracy protests two years ago were stamped out with arrests and a new national security law.

Many residents view the city’s police force as instrumental in the sweeping political crackdown and over the weekend some residents tried to leave flowers for the currently unnamed attacker.

Hong Kong’s government warned that such gestures could lead to arrest for “sedition” or “supporting terrorism”.

The police officer who was attacked needed surgery for a punctured lung but is expected to survive his injuries.