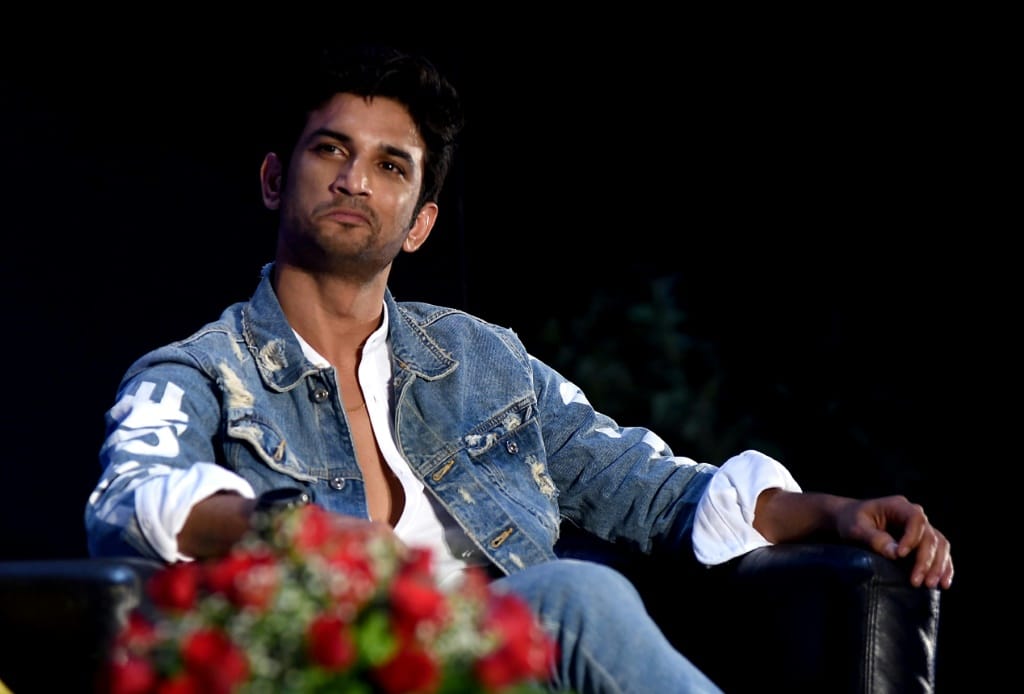 India has more than four million coronavirus cases and an explosive border stand-off with China, but the story dominating television news for months is how a Bollywood actress supposedly drove her ex-boyfriend to suicide with pot and black magic.

Faced with a seemingly endless pandemic lockdown and an economy in free fall, Indians have spent months glued to the rollercoaster aftermath of film star Sushant Singh Rajput’s death in June.

From reporters simulating his method of suicide to primetime anchors flagging smiling photos of the actor as “proof” that he was not suffering from depression, no detail has been deemed too trivial or too tasteless.

Meanwhile his former girlfriend, actress Rhea Chakraborty, has been dragged through the mud as an ice queen and a gold-digger, with Rajput’s family blaming her for his death. 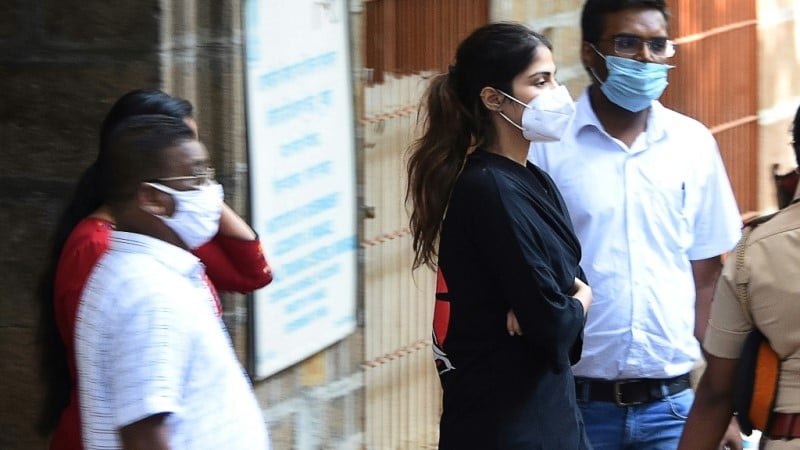 On Tuesday, Chakraborty was arrested for allegedly buying cannabis for the 34-year-old star, whose suicide is now being investigated by India’s top anti-crime agency.

Many of India’s television channels have enthusiastically participated in the process — with high-profile anchors such as Republic’s Arnab Goswami in little doubt as to her guilt.

To some, the sensational coverage of such a delicate issue is unseemly.

“It’s very easy for them to pretend to be crusaders for justice because other government agencies are failing to do their job but that’s simply not true. Their scrutiny doesn’t extend to serious issues.” 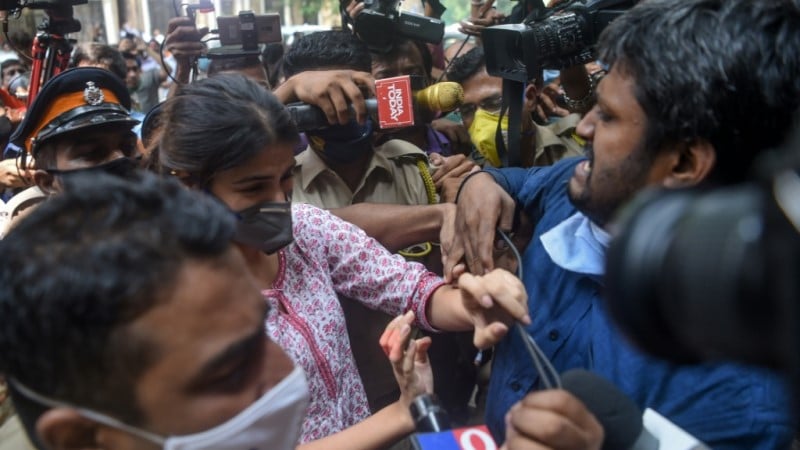 Chakraborty struggles her way past reporters in Mumbai on 6 September

The accidental drowning death of Bollywood superstar Sridevi in a Dubai hotel bathroom in 2018 spurred one reporter to climb into a bathtub to depict how she might have died.

Victims’ relatives are routinely hounded by journalists eager to hold so-called media trials and assign guilt, long before courts get a chance to examine the case.

This time too, much of the coverage has followed the same pattern — but the result has touched a nerve in a country deeply anxious about its future.

As TV anchors cheered Chakraborty’s arrest this week, India‘s coronavirus cases hit new records, making it the second most infected nation in the world, even as a strict lockdown saw its economy contract by nearly a quarter between April and June.

Leading television channels such as Republic and Times Now, which are openly partisan, have offered Prime Minister Narendra Modi’s flailing government a much needed reprieve by focusing on Rajput’s suicide.

The death of the young star, who rose from humble beginnings to achieve critical acclaim in many hit films, shocked a country that has long stigmatized depression as something that only afflicts unsuccessful people.

Mental illness is often swept under the rug and cloaked in shame.

When Rajput’s family told reporters he was not depressed and was pushed into taking medication by Chakraborty, many were eager to believe them, starting with the TV media.

Politicians have not been far behind, with Modi’s Bharatiya Janata Party running a #JusticeForSushant campaign in the eastern state of Bihar, where Rajput was born and which is due to have elections next month.

Not everyone has been cheering the coverage.

Images of Chakraborty — who has denied any wrongdoing — being pushed and shoved by cameramen, with no regard for social distancing, have been polarizing.

“What we are seeing here is the total vilification of a young woman,” said feminist activist Vandita Morarka.

“It is extremely unfair and very misogynist,” she told AFP.

Many Bollywood celebrities have also come out in support of the 28-year-old actress, with stars like Vidya Balan condemning the “media circus” and demanding #JusticeForRhea on their Instagram profiles.

But the rapacious coverage is unlikely to ease. India’s television media operates under the principle of self-regulation, and is nominally supervised by the independent — and largely toothless — News Broadcasting Standards Authority.

“There is almost no regulation worth its name”, said analyst Seshu.

“The channels pretty much do what they want.”

Although rising viewership has brought some relief to a television industry reeling from pandemic-induced job cuts, its slide into sensationalism has grim implications for India, she warned.

“The government already does its best to dismiss the media, with a prime minister who doesn’t believe in holding press conferences”, she said.

“Now, thanks to these channels, public trust in the media’s role as a watchdog is also slipping away.”