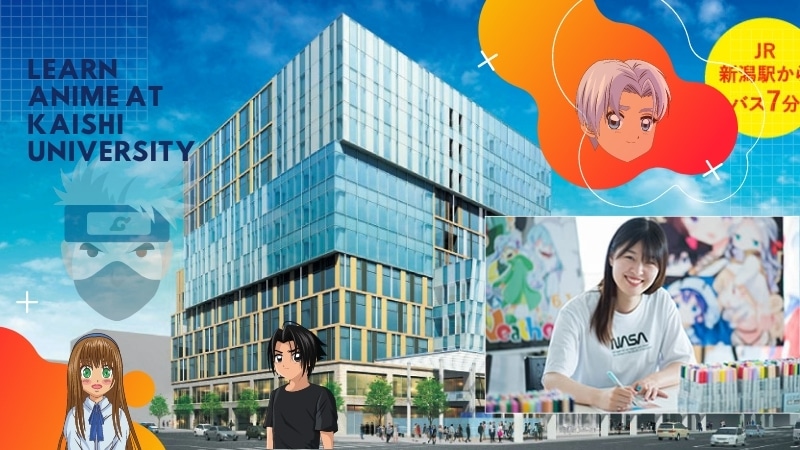 If you’re like millions of kids, you probably grew up watching Japanese anime. Back then, anime were children’s (and adults’!) favorite source of entertainment. Hours of watching anime have made kids drool over delicious-looking food. Some may have even developed crushes on characters.

Perhaps one of the biggest influences anime has had on its viewers is this:  many have discovered their talent in drawing and sketching, or crafting wonderful stories. Now, it looks like this passion can finally be pursued through the new program of Kaishi Professional University.

About the Anime and Manga Program

Starting in 2021, Kaishi Professional University located in Niigata Japan will start to offer an anime and manga degree. The school’s department of anime and manga was approved in November 2020 by the Minister of Education, Culture, Sports, Science, and Technology.

The university will only cater to 80 students starting April next year. These lucky students will learn important elements of manga in more than 600 hours, specifically “the theory and practice needed to create.”

The students will be taught by “leading anime and manga creators, such as professional animators, animation directors, manga artists, character designers, illustrators, and game creators, as well as animation and manga researchers.”

According to the school’s website, the dean of the faculty will be Sachiko Kamimura, a famous Japanese animator. Kanimura became a household name after she supervised the 1987 series City Hunter.

Qualifications to Join the Program

To be part of the prestigious program, the qualifications listed on the university’s website included knowledge in solving basic problems, knowing the importance of organizing and decision-making, can convey thoughts in writing and verbally, and lastly, a strong interest in anime and manga. Surprisingly, applicants do not need to have drawing skills to qualify for a spot in the anime and manga program.