No Booze, No Autographs: Tokyo 2020 Sets Fan Rules with a Month to Go 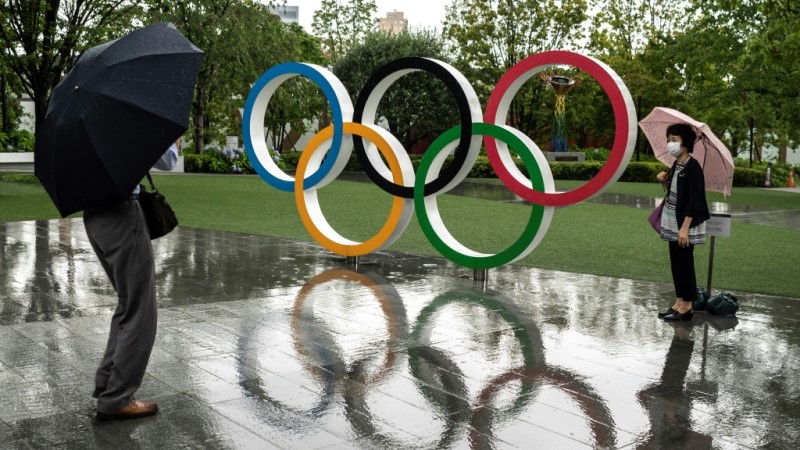 Rail falls as people walk past the Olympic rings near the National Stadium, main venue for the Tokyo 2020 Games, on June 23, 2021

No alcohol, no hugs, no cheers and no autographs: Tokyo Olympic organizers unveiled tough new rules for spectators at the pandemic Games on Wednesday as they marked one month until the opening ceremony.

Tokyo 2020 president Seiko Hashimoto warned festivities “will have to be suppressed” to keep the Games safe, and conceded that organizers will need to be “creative” to stoke a party atmosphere.

Games chiefs decided on Monday to allow up to 10,000 spectators into competition venues, but Hashimoto warned them not to expect the kind of festival mood currently being enjoyed by football fans at Euro 2020.

“In Europe, the venues are filled with celebration,” she said. 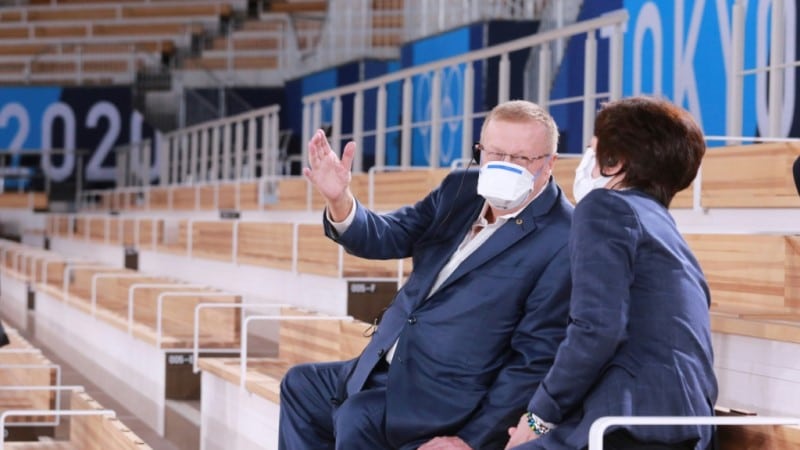 “Unfortunately, we may not be able to do the same.”

Fans are forbidden from cheering or “making direct contact with other spectators” and will be asked to go straight home after events end.

Asking athletes for autographs or “expressing verbal support” is also a no-no, as is waving a towel or “any form of cheering that could create a crowd”.

“The festive mood will have to be suppressed — that has become a major challenge,” Hashimoto told reporters.

“People can feel joy in their hearts, but they can’t be loud and they have to avoid crowds,” she added.

“Those are the areas where we need to be creative, and we are putting in a lot of effort to come up with a new way of celebrating.”

Spectators will also have to do without alcohol, even though it is allowed at other sporting events currently being held in Japan.

Hashimoto said the ban was decided “to alleviate the concerns of the public as much as possible.”

The late decision on the spectator cap has given organizers a ticketing headache only a month before the opening ceremony.

Over 3.6 million Olympic tickets are already in fans’ hands, but organizers have been forced to set up a lottery to claw back around 900,000 of them for events that exceed the cap. No more tickets will be sold.

Tokyo 2020 ticketing chief Hidenori Suzuki apologized to those who will miss out, but urged those who will attend to play their part supporting the athletes.

“You are representing Japan in supporting all the athletes from around the world,” he said.

“You are the people who will really shape the Tokyo Olympics and Paralympics.” 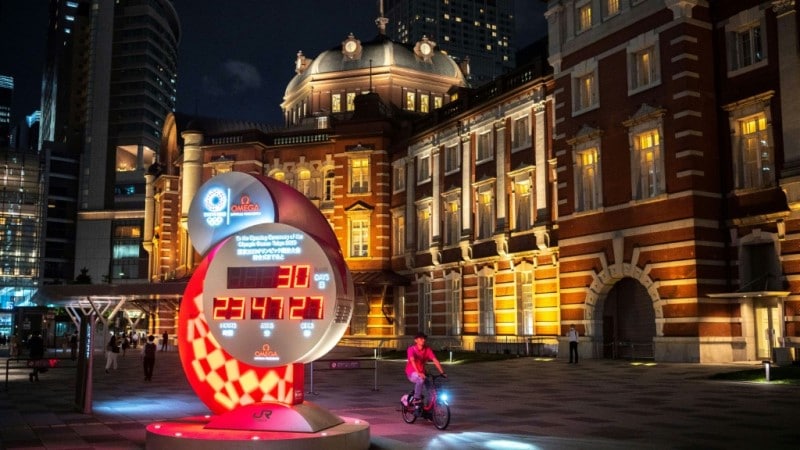 Organisers have already begun arriving, including International Olympic Committee vice president John Coates, who accompanied Hashimoto on a tour of the Games’ gymnastics venue on Wednesday.

Athletes are also already in town, and offering organizers a taste of the challenges ahead.

A Ugandan Olympic coach tested positive on arrival in Japan on Sunday, despite the delegation having been vaccinated and testing negative on arrival.

The rest of the delegation was allowed to travel on to their training camp, but placed in quarantine until July 3. On Wednesday, a second member tested positive, an official from the city hosting the team said.

Despite the challenges and the restrictions, former athlete Hashimoto told reporters on Tuesday that a stripped-back Games was a chance to refocus attention on the “true values” of the Olympics.

“In recent years when I was participating as an athlete, there were concerns that this (event) has become so huge,” she said.

“This time, I feel that the true values of the Olympic and Paralympic Games are finally being discussed.”

It may not be a line that convinces everyone, with athletes facing restrictions including daily testing and a ban on travel except between venues and the Olympic Village.

Domestic opposition to the Games has softened in recent weeks, but around half of Japan’s public still don’t want the event to open in four weeks’ time, polls show.

Around 200 people gathered on Wednesday evening in Tokyo to protest the Games, calling for it to be canceled.

And for those who worry about a fun-free Games, Hashimoto said she hoped the Olympics would showcase Japan’s “culture of hospitality and caring about each other.”

“I hope such spirit of caring about each other will become the legacy of the Games.”