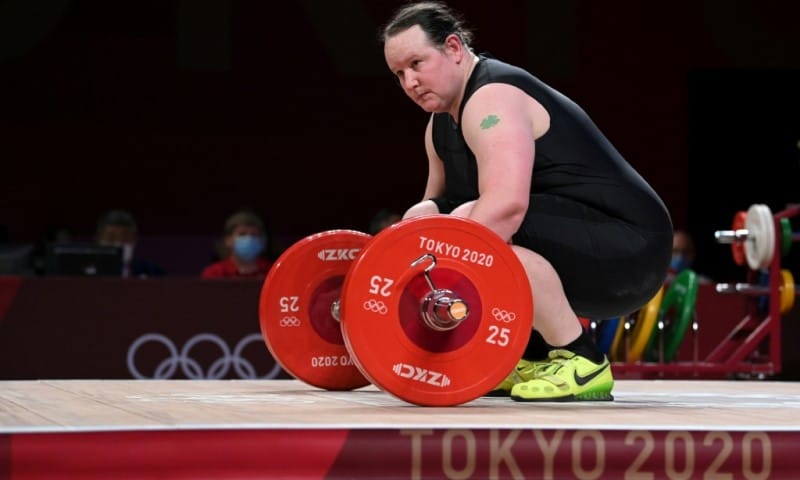 Transgender weightlifter Laurel Hubbard made Olympic history on Monday as the US team confirmed gymnastics star Simone Biles is to make a dramatic return to action after her well-publicised struggles with mental health issues.

On the track, Puerto Rico won a first ever athletics gold medal and Dutch runner Sifan Hassan emphatically completed the first part of an audacious bid for triple gold.

After a storm of publicity surrounding Hubbard’s involvement as the first transgender woman at a Games, she failed to make a successful lift in the +87kg competition won by China’s Li Wenwen.

Hubbard, 43, who was born male and competed as a man before transitioning to female in her 30s, was allowed to compete after meeting International Olympic Committee guidelines on testosterone for transgender athletes. 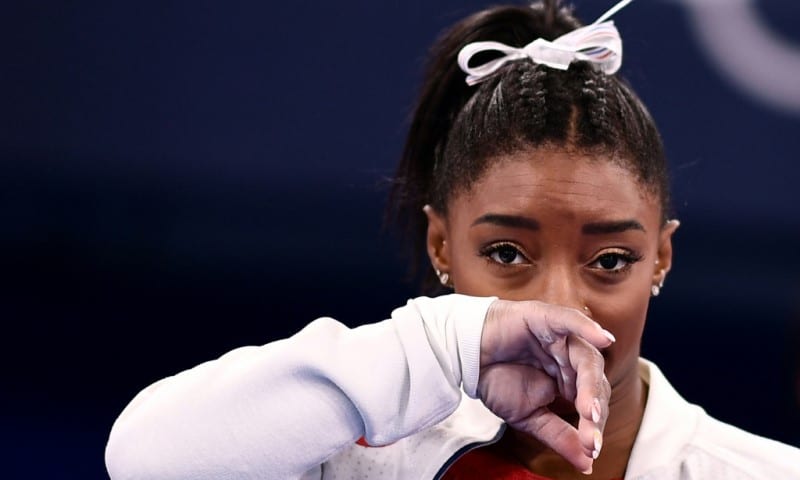 Her presence on the biggest stage has reignited debate about transgender athletes in women’s sport.

Before a low-key exit from the arena, she made a brief statement to reporters expressing gratitude to the International Olympic Committee and the International Weightlifting Federation for supporting her campaign.

“Of course, I’m not totally unaware of the controversy that surrounds my participation in these Games,” she said.

After pulling out of her first events with the “twisties”, a disorientating mental block, Biles was included on the list of eight finalists for Tuesday’s beam competition, her last chance to win gold at an Olympics she had been expected to dominate.

“We are so excited to confirm that you will see two U.S. athletes in the balance beam final tomorrow – Suni Lee AND Simone Biles!! Can’t wait to watch you both!” tweeted USA Gymnastics.

Biles came to Tokyo seeking five more gold medals to equal the Olympic all-time gymnastics record of nine, but her struggles have wrecked those plans.

Elsewhere on day 10 in Japan, Jasmine Camacho-Quinn claimed Puerto Rico’s first athletics gold in Games history as she charged to victory in the 100m hurdles.

“For such a small country it gives little people hope,” Camacho-Quinn said.

Camacho-Quinn, 24, who had set an Olympic record 12.26sec in the semi-finals of the women’s 100m hurdles, surged home to claim her first major title in 12.37sec. 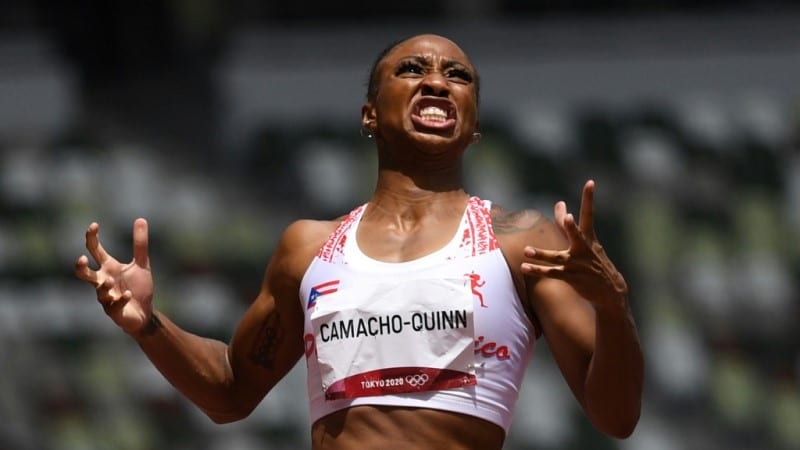 Hassan’s Treble is on

Hassan had a day to remember — she fell in her morning heat of the 1500m before picking herself up and winning the race. Barely 12 hours later she was back on the track and sprinting to victory to take her first gold of the Games in the 5,000m, winning in 14min 36.79sec.

The Ethiopian-born athlete is going for a unique triple of 1500m, 5,000m and 10,000m — but said the dream would have been over but for a reviving cup of coffee.

“I was so tired. Without coffee I would never be Olympic champion. I needed all the caffeine. I was so scared I wasn’t going to do it,” she said.

Defending 200m champion Elaine Thompson-Herah’s bid for an unprecedented Olympic women’s sprint “double-double” progressed as she advanced to the 200m final in a blistering 21.66sec. 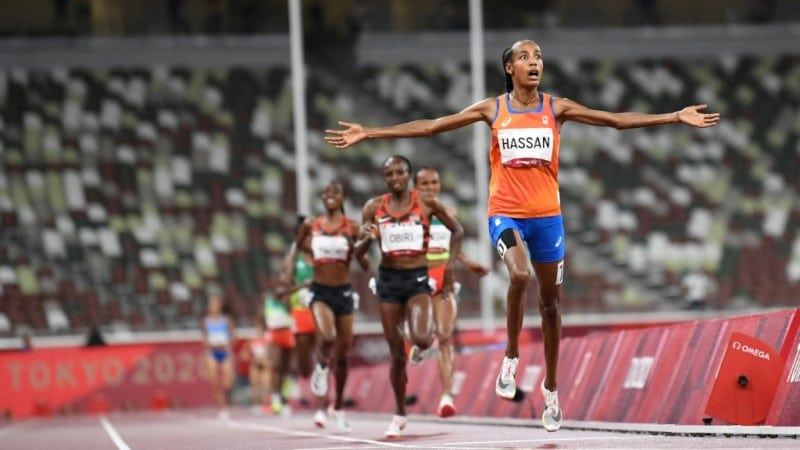 Sifan Hassan produced a devastating kick finish to win the 5,000m, the first of an audacious treble she is attempting

Shelly-Ann Fraser-Pryce, outgunned by her teammate in the 100m final, also went through.

The final will also involve Christine Mboma, an 18-year-old Namibian who is only running the distance because her high testosterone levels mean she is barred from the 400m under international rules. In Thompson-Herah’s semi-final, Mboma finished second in a new world under-20 record of 21.97sec ahead of US champion Gabby Thomas who also qualified.

Belarusian sprinter Krystsina Tsimanouskaya should have been competing in the 200m heats but instead was granted a humanitarian visa by Poland after her team tried to forcibly send her back to her authoritarian homeland for criticising the team’s management. 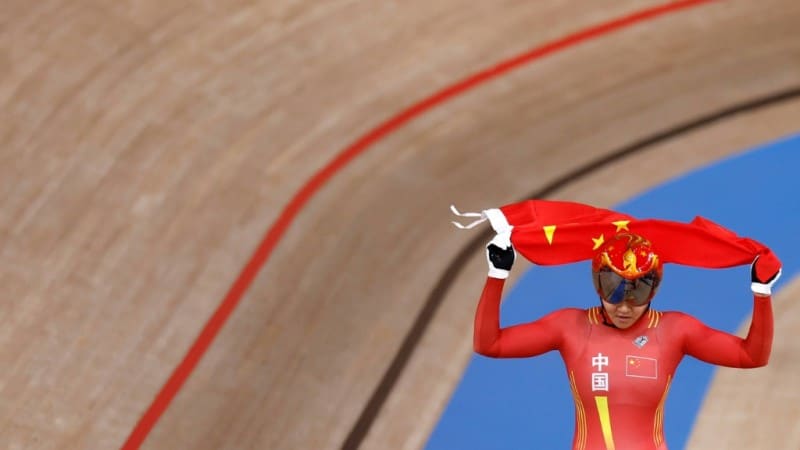 Track cycling started with a bang as China clinched the first gold in the women’s team sprint, setting a new world record in the process at the Izu Velodrome.

Megan Rapinoe’s world champion US side crashed out to Canada in the semi-finals of the women’s football tournament, losing 1-0 to Jessie Fleming’s second-half penalty.

“It sucks, obviously, you never want to lose,” said former world player of the year Rapinoe.

The Canadians will face Sweden in the final after they beat Australia by a single goal.