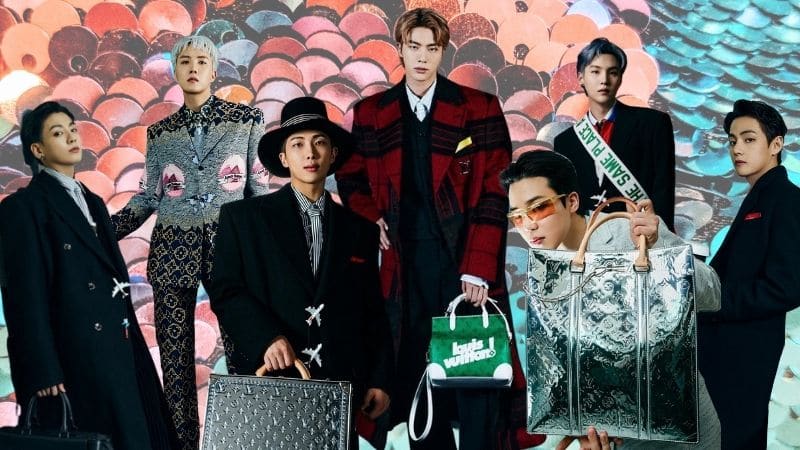 BTS members donned clothes from the spinoff collection by Virgil Abloh, LV’s men’s artistic director. The k-pop group “walked” the stage of Buncheon Art Bunker B39, a known space for art and culture in Korea.

Since the announcement of Louis Vuitton, the fashion show has been highly anticipated all over the world. It featured moving image performance by BTS members J-hope, Jin, RM, Suga, Jungkook, V, and Jimin all decked in fashionable pieces by the luxury brand. The film is directed by Korean visionary Jeon Go-woon, and it features conversations between global connectivity, space, and movement.

The film also explored the booming city of Seoul as it moves from one member to another who is looking upon the city’s explosive visuals. BTS walked alongside famous Korean-Nigerian actor and model Han Hyun Min.

Inspiration Behind the Show

The inspiration of the new collection is the “idea of challenging preconceived notions and reimagining established codes,” said Abloh in his show notes. It is the continuation of the Fall 2021 Menswear Collection of the brand which was already showcased in Paris last January. BTS members were even invited to the show.

Just like the original collection, the FW21 pieces are inspired by traveling and include oversized travel bags, and airplane buttons in the clothes. The brand maintained its bold colors and distinct outerwear style with the signature LV monogram.

To set the show’s theme, it began with a narrator saying “I had been a pilot for around seven years. In the midst of bad weather, I began my trip having gone through countless amounts of typhoons. I was familiar with the skies but I came across a totally foreign place. Tall skyscrapers, wide windows, and long halls.”

All shows from the collection, including the one in Korea, is a part of the artistic director’s Voyage Project where the brand travels to various destinations that are part of LV’s community.