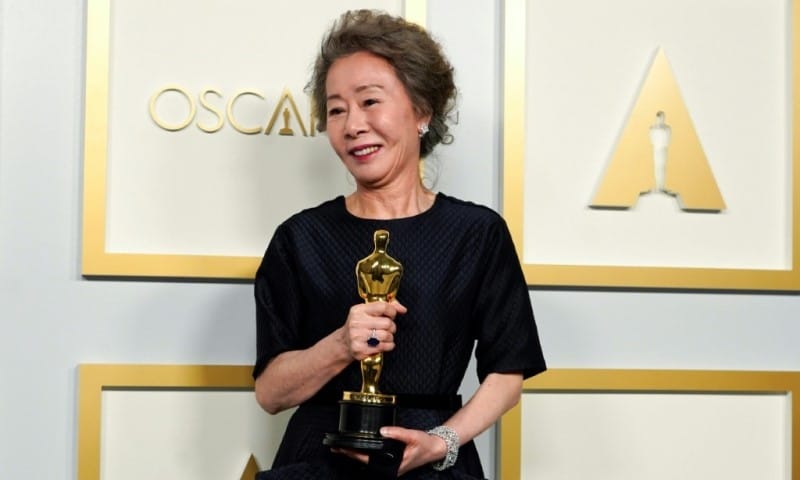 Her best supporting actress turn in “Minari”, a family drama about Korean immigrants in the US, is relatively more conventional: she portrays a playful grandmother to a mischievous young boy trying to adapt to life in rural Arkansas.

The film, written and directed by Korean-American Lee Issac Chung, earned six nominations overall including for best picture, best actor and a nod for Chung.

Youn’s win is the second Oscars success for a Korean-language film in as many years, after “Parasite” became the first non-English language best picture winner in 2020. 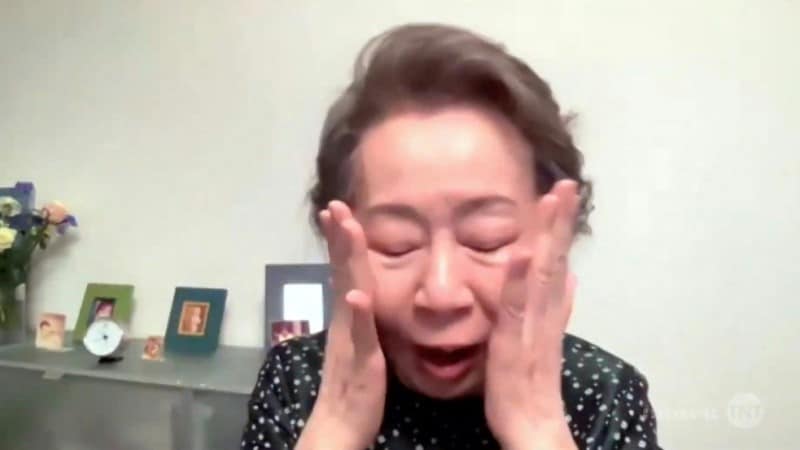 In this screenshot courtesy of the 27th Annual Screen Actors Guild Awards, Youn Yuh-jung accepts the award for Outstanding Performance by a Female Actor in a Supporting Role (“Minari”) during the 2021 virtual gala

Youn, whose two grown sons are Asian-Americans, had played down excitement over her chance to make history, telling reporters last month: “This is not a playoff game of actors, placing them in order”.

And in her acceptance speech on Sunday, she honored her fellow nominees, exclaiming: “How can I win over Glenn Close?”

She had already collected a best supporting actress Screen Actors Guild award — the first South Korean actress to do so — and a Bafta for her performance, along with a string of prizes on the festival circuit.

Based on Chung’s own experiences growing up in America in the 1980s, “Minari” follows a Korean-born father who moves his family to a mainly white town in rural Arkansas in pursuit of a better life.

It is the latest of several grandmotherly castings for Youn, and “Parasite” director Bong Joon-ho said the role was “the loveliest character Youn has ever played”.

The award honours not just “her performance in ‘Minari’, but the culmination of an illustrious career working with many of the prominent directors in Korea”, said Brian Hu, a film professor at San Diego State University.

“The win should be above all a testament to a career honing her craft.”

Over more than 50 years, Youn Yuh-jung has often played provocative and atypical characters who do not conform to the rules of socially conservative Korean society.

Born in 1947 in Kaesong — now in North Korea — she made her film debut in groundbreaking director Kim Ki-young’s “Woman of Fire” (1971), as the live-in maid to a middle-class household who becomes impregnated by the father of the family.

The thriller was a critical and commercial hit — it remains a classic of the South’s modern cinema — and Youn paid tribute to the late Kim in her speech on Sunday, saying: “I think he would be very happy if he was still alive.”

Despite the success of “Woman of Fire,” Youn’s first heyday came to an abrupt end in 1975, when she married singer Jo Young-nam and the couple moved to the United States.

Youn returned to South Korea in 1984, divorced Jo three years later, and struggled to resume her acting career to support her two children, at a time when divorce carried heavy stigma for Korean women. 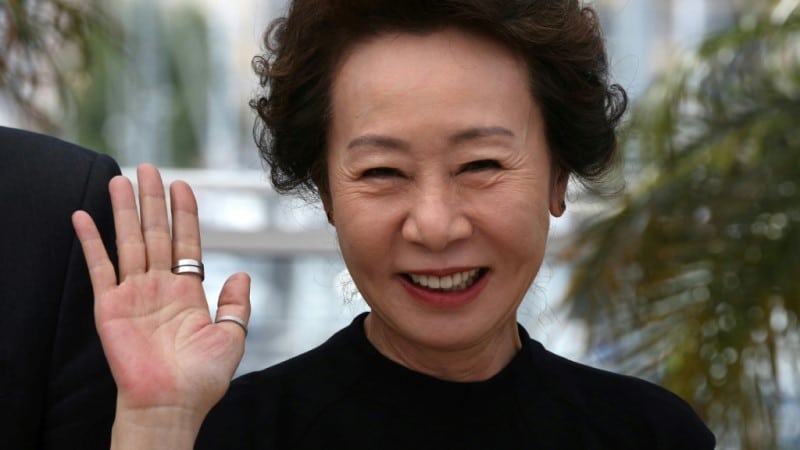 South Korean actress Youn Yuh-jung played a cruel and rich heiress betrayed by her husband in the 2012 thriller “Taste of Money”, which was presented at the Cannes Film Festival

“To be divorced was like having the scarlet letter at the time,” Youn told a local magazine in 2009.

“There was this thing that dictated women shouldn’t make TV appearances so soon after their divorce.”

She countered by accepting every role she was offered, however small.

“I worked very hard. I had this mission of somehow feeding my children. I’d say yes even when I was asked to climb 100 stairs,” she said.

By the 1990s, Youn was a regular in television dramas, often portraying mothers, and later grandmothers.

In 2003, Youn made her film comeback in director Im Sang-soo’s “A Good Lawyer’s Wife”, as an unconventional mother-in-law in a dysfunctional family.

She played a cruel and rich heiress betrayed by her husband in Im’s 2012 thriller “Taste of Money”, and an ageing haenyeo — the women of Jeju island who free-dive to collect shellfish — reunited with her long-lost granddaughter in 2016 drama “Canola”.

Also in 2016, she was praised for her role in E J-yong’s drama “The Bacchus Lady” as an elderly prostitute — a veteran of the brothels set up for US soldiers in South Korea — who becomes involved in the deaths of former clients.

Throughout her career, Youn had to navigate the “fiercely competitive waters” of a film industry “largely focused on young and often male talent” for leading roles, explained Jason Bechervaise, a professor at Korea Soongsil Cyber University in Seoul.

Her Oscar win comes at a fraught time for Asian communities in the United States.

Anti-Asian violence has surged in America this year and four of the eight victims of last month’s Atlanta spa shootings were women of Korean descent, three of them in their 60s or 70s.

Film professor Hu told AFP that Youn’s award was also a “validation for so many grandmothers in Korean-American households, especially at a time when Asian-American elders are seen as victims rather than victors”.