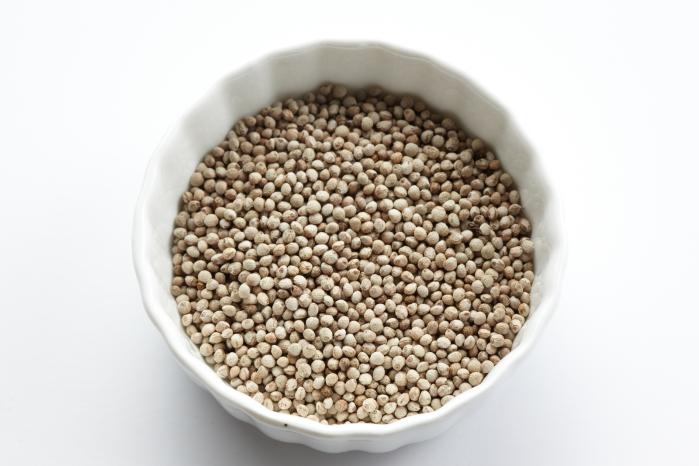 Looking for the next healthy addition to your kitchen pantry? Then you need to know more about Perilla Oil. Already a staple in Korea, this nutty oil common in Asia does not just boast amazing flavor, but also tons of benefits.

More cooking aficionados are slowly realizing the importance of oils. While extra virgin olive oil, argan oil, and grapeseed oil are common finds in the pantry, there’s one more addition that is worth a spot in your arsenal.

Although it’s common in Korea and other parts of Asia, many people in the west are still unfamiliar with Perilla Oil. Considering its wealth of benefits, it’s a wonder why many still don’t know about it.

Perilla oil is flavorful and a loyal companion in Korean cooking – but what really makes it so special in this region?

South Korea presents such diversity with its cooking techniques and cuisines that it will literally take a few years to get to know them all, because there are regional variations, as well as unique takes in every province and city. But there are what we may call ‘universal constants,’ and one of these constants in Korean cuisine is perilla oil.

We’ve all cooked with the ubiquitous palm oil, corn oil, soybean oil, and even coconut oil. Coconut oil is extremely common in Asia and it’s touted as one of the miracle health oils.

The same can be said of perilla oil, which is derived not from the more common crops like coconuts or palm, but from a tall plant that goes by the name of Chinese basil. This plant grows in different countries and can be found in China, India, and even Japan.

Perilla oil leaves behind a nutty flavor when used for cooking, and is considered a staple in Korean cooking, from frying to making cookies. But what makes perilla oil really special is not its taste or appearance, but its chemical composition.

What Is Perilla Oil?

Perilla oil has a similar flavor to sesame but is quite subtle. Its nutty taste comes with a hint of licorice. This type of oil is made from the toasted seeds of the green perilla plant, which is also known as Chinese basil in the US. Despite its name, the leafy plant is actually more related to shiso, which belongs in the mint family.

Perilla is native to India and Southeast Asia and has been used in China as a medicine for thousands of years. In Japan, the plant is called juunen, which literally translates to ten years. This is because people believe eating the plant will add ten years to one’s life.

This beautiful honey-hued oil does not only taste amazing, but also boasts a high concentration of omega-6 and omega-9 fatty acids which can support the immune system. Perilla oil also has omega-3s, which is the same fatty acid that backs the billion-dollar fish oil industry. Compared to other plant-based oils, it boasts the highest proportion of the fatty acid, joining the ranks of chia and flaxseed.

Perilla also contains a wide array of essential oils such as beta-caryophyllene, p-Cymene, and alpha-farnesene. Its leaves and stems also contain eucalyptol and limonene, among others.

Perilla oil is traditionally associated with better health, and science explains why: it has more than 50% omega-3 fatty acids compared to other plant-derived cooking oils.

Omega-3 fatty acids are heart-protective compounds that strengthen the heart and also help reduce inflammation in body tissues. This means that like red wine, if you take perilla oil regularly, the natural health benefits of this food will resonate naturally through the years.

Recent studies show that perilla oil also has anti-cancer properties, can help with atherosclerosis or the hardening of blood vessels, and can even promote better memory.

Now, perilla oil is on its way to enjoy mainstream popularity and usage in American kitchens. This can be added in a wide array of cuisines, particularly Korean. Professional chefs now tend to gravitate to Perilla oil thanks to its fattiness that beautifully lifts foods without overpowering the natural flavor of ingredients. It even works well for raw food, as well as fresh vegetables. This means it can be added to dishes such as poke and salad.

Perilla oil is one of the best alternatives to olive oil and butter. Junghyun Park, the owner and chef of two-Michelin-star restaurant Atomix loves to toss tempura  in this oil.

No matter how perilla is extracted, whether it’s through a mechanical press, solvent extraction, or supercritical carbon dioxide, the composition remains identical. The levels of tocopherol, sterol, policosanol, and phosphorus are what varies.

If you want to cook with perilla oil, you can use it as you would olive oil – for sautéing, frying, etc. You can also use it as a dressing for healthy salads. Like sesame seed oil it has a unique flavor that you will appreciate and it’s not greasy when consumed, and many Koreans agreed that Perilla is overtaking the mighty Sesame oil status!

Just like other types of oil, there are actually a lot of variations of Perilla. For example, there is an infrared-roasted perilla oil. Here, the seeds have a sauna-like experience since the infrared rays toast it more evenly and mildly compared to other methods. This helps produce a smoother tasting oil. This oil is amazing as a drizzle for carpaccios, raw dishes, avocado toast, and crudos.

The regular version of perilla oil is amazing for sautéing vegetables in moderate heat. It also works well as a garnish for cooked vegetables and meat. If you want to experiment, you can even add it to pesto.

Of all the types of perilla oil, the most delicate one is cold-pressed. This untoasted oil is perfect for steamed veggies and fish. Many people even take a spoonful of this oil early in the morning.

How Can Perilla Oil Help You

Here’s what you can expect from adding Perilla oil to your diet.

If you’re struggling with high cholesterol, Perilla oil may be the solution you’re looking for. People who take perilla oil were found to have fewer cholesterol levels and activity for apoprotein-associated phospholipase A2 which is a marker for heart problems. However, the effects were greater if done with exercise.

People who consumed perilla oil were found to improve their lung function, as well as decreased levels of leukotriene B4 and C4, which are inflammatory compounds.

Perilla oil contains alpha-linolenic acid, and in a study of elderly adults, high consumption of this acid is linked to reduced hip fracture since it can help the body retain more calcium.

In a study that involved rats, the animals who were fed Perilla oil performed better in a maze test compared to those who were only fed corn oil. Those who ate Perilla have protein level changes in their brain. The diet also stimulated gene activation in the brain which can increase stimulus-response, calcium signaling, and neuron stability.

Just because Perilla oil promises a lot of benefits does not mean it is perfect. In this section, we touch on the potential adverse effects Perilla oil can cause.

High levels of perilla oil can make way for insulin resistance. There is also literature on human studies that suggest alpha-linoleic acid is linked to prostate cancer. However, more studies should be done on this.

To avoid side effects and unexpected interactions with Perilla oil, it is recommended to talk to your doctor before you use it to treat health issues. There is limited data that center on the interactions between Perilla oil and drugs, but it’s not advised to be taken with medications for blood clots. Pregnant and breastfeeding women also need to consult their doctor before taking this as a supplement.

Perilla Products You Should Know

Perilla oil is not just meant to be used for cooking. In recent years, there has been a wide array of skin and food products that contain this wonder ingredient.

Perilla oil is said to be very useful for people who have acne and mature skin. The effectiveness of Perilla oil can be attributed to its omega-3 content which repairs skin damage and gives it protection. With regular use of Perilla oil, the skin becomes noticeably clearer, more toned, and refreshed.

Perilla oil contains a compound that acts as a precursor for ceramides. This helps prevent water loss in the skin, which is a godsend benefit for people dealing with dry skin.

Promising to protect your skin from harmful ultraviolet rays, serums infused with Perilla oil greatly aid the skin improve its appearance thanks to its antioxidant and whitening ingredients. It also helps to moisten the skin and lessen wrinkle appearance.

Although skin products with Perilla contain oil, most have been formulated to not feel greasy on the skin. Because of its light and fresh texture, you can feel invigorated after each use.

Aside from moisturizers and serums, Perilla oil is also an amazing ingredient for cleansers. It promises to remove dirt and impurities in the skin and even minimize clogged pores, therefore giving the skin a more flawless look.

Aside from the skin, people have also found a way to infuse Perilla oil in their favorite comfort snacks such as Korean Seaweed chips. This is great as an accompaniment for treats like the trendy Baked Sushi, or eaten on its own as an afternoon snack.