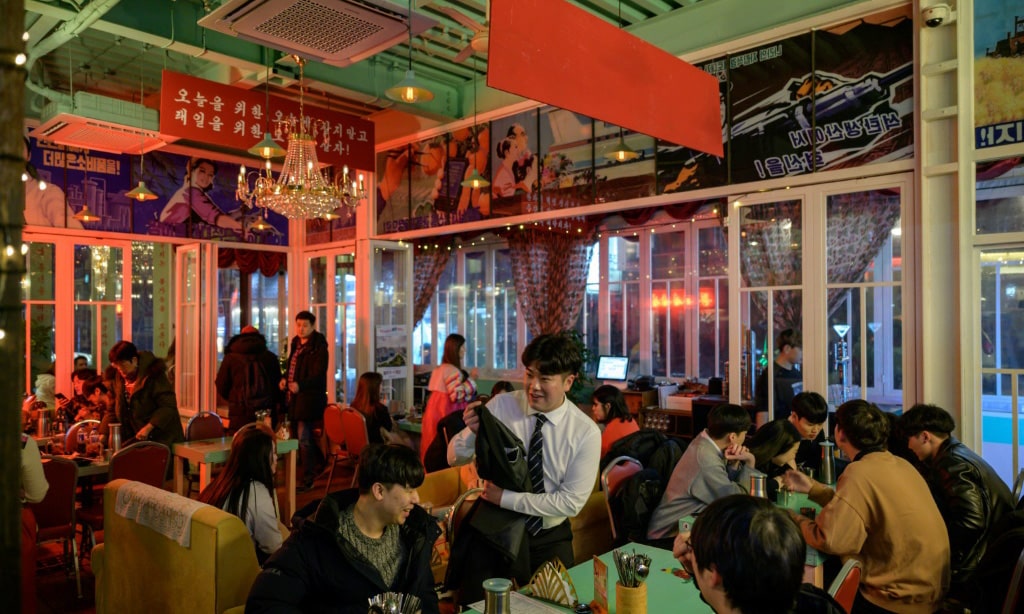 by Ed Jones
Tucked away in the dazzling neon of Seoul's Hongdae nightlife district, a small building bears an image of a North Korean-looking construction worker pointing to the slogan: "Look! It's the Pyongyang Bar!"

There are no post, telephone or transport links between the two halves of the divided Korean peninsula, but Seoul’s only North Korean-themed pub aims to give its patrons a taste of their nuclear-armed neighbor.

Owner Jang Woo-kyung has never been north of the Demilitarized Zone — the two Koreas are technically still at war and Southerners need their government’s permission to visit — but the bar’s decor is inspired by imagery from across the border.

The premises are festooned with North Korean-style posters, the lime green walls reminiscent of the pastel shades seen on Pyongyang apartment blocks, and slogans painted around the pub are written in a white-on-red script similar to the North’s propaganda.

But rather than praise North Korean leaders, which might fall foul of the South’s National Security Act, the messages proclaim more prosaic goals: “Let’s provide the most cold beer!”

Others combine health regulations with allusions to the North’s uncompromising judicial system: “Execution by firing squad if caught smoking inside.” 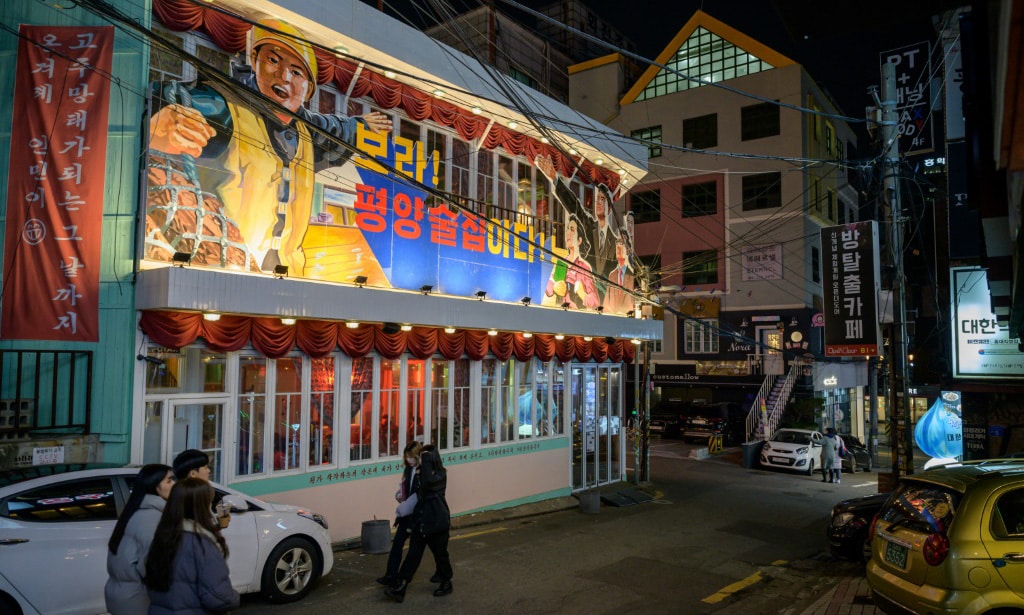 The Pyongyang Bar’s clientele are largely curious Southerners, with the occasional Northern defector

Even before the business opened, Jang was ordered by authorities to remove portraits of Kim Il Sung and Kim Jong Il — the grandfather and father of current leader Kim Jong Un — from the building’s exterior.

“I have no intention of dignifying or praising North Korea,” said Jang, whose business cards use the South’s English spelling for the North’s capital, Pyeongyang. “I’m just a man loyal to capitalism.”

He used to run a Japanese restaurant, but with Seoul and Tokyo locked in a bitter diplomatic row, his takings plunged by 50 percent and he opened a new business.

“A lot of people come here — some who sympathize with North Korea and some who hate North Korea — but the majority of people, 80 to 90 percent, just come here for fun,” he said. 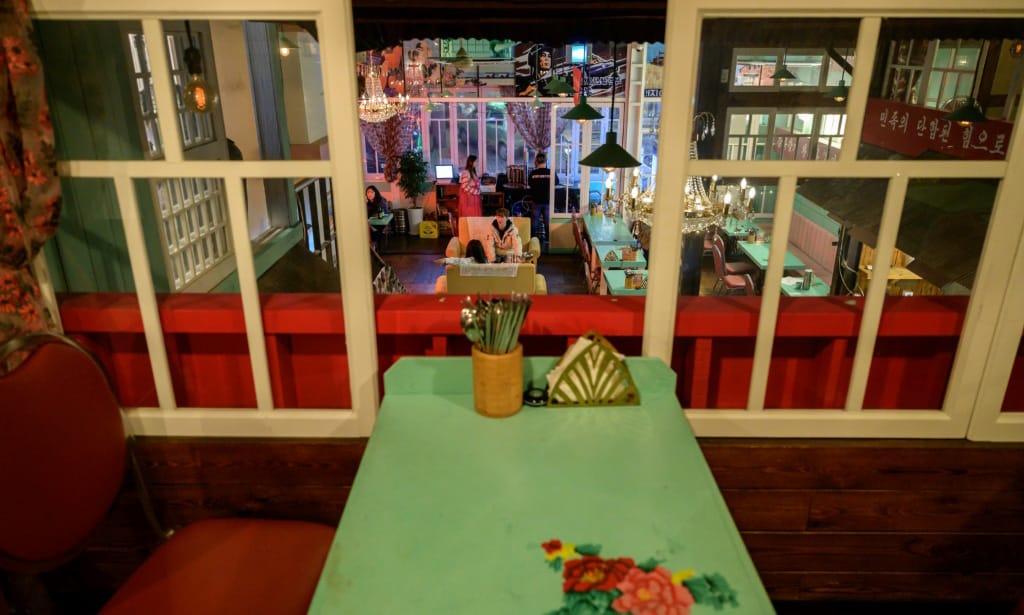 The shop also sells traditional Korean dresses in the bright, bold colors seen north of the border, rather than the more subdued, ornate Southern style.

The clientele are largely curious Southerners, with the occasional Northern defector.

“The writing and slogans seem familiar, and it seems they have paid a lot of attention to the details,” said Na Min-hee, 30, from Pyongyang, who arrived in the South in 2016.

Such establishments could “help people view grandiose issues like unification with less fear and more positivity”, she said.

Pyongyang has repeatedly excoriated Seoul since the breakdown in relations between Kim Jong Un and US President Donald Trump following their Hanoi summit in February, dismissing the South’s latest diplomatic approaches as “frivolous” and “somewhat presumptuous” at the weekend.

Na lamented the fact there is no equivalent bar north of the border.

“If a ‘Seoul pub’ or ‘Busan pub’ were ever established in Pyongyang, that would be evidence that North Korea has changed,” she said, referring to the South’s two biggest cities.

“I dearly hope that happens as soon as possible.”