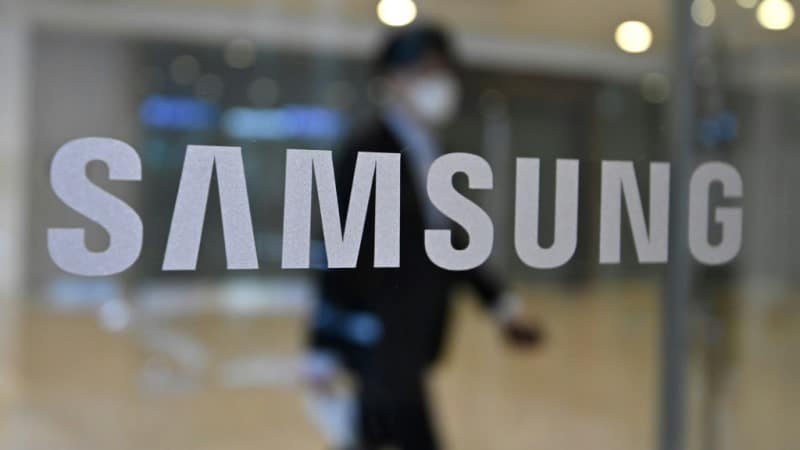 Samsung needs to broaden and deepen its commitment if it is going to have a genuine impact in the fight against climate change, campaign group Greenpeace said

Smartphone and chip giant Samsung Electronics’ fulfilment of a headline-grabbing pledge to switch to renewable energy in the US, China and Europe accounts for less than 20 percent of its global electricity use, environmentalists Greenpeace said Tuesday.

The firm needs to broaden and deepen its commitment if it is going to have a genuine impact in the fight against climate change, the campaign group said in a report, urging it to take similar steps in more countries within “aggressive timeframes”.

The company is the flagship subsidiary of the Samsung group, by far the biggest of the family-controlled conglomerates that dominate business in South Korea, the world’s 12th-largest economy.

In 2018, Samsung Electronics promised to source all of its energy use in the US, China and Europe from renewables within two years, a target it said in March it had met. 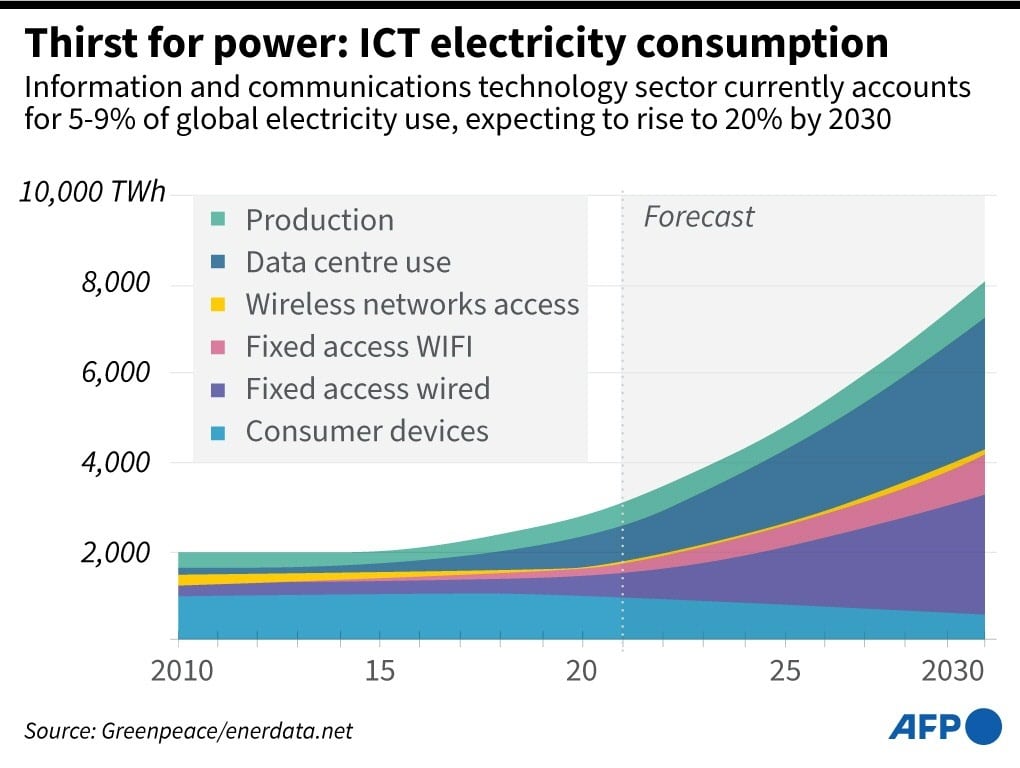 Chart showing the growth and proportion of power consumption in the information and communication technology sector.

But renewables only accounted for 17.6 percent of the firm’s global energy mix in 2020, Greenpeace said, highlighting that its two key production hubs — South Korea and Vietnam — were not included in the original commitment.

The two countries account for around 80 percent of Samsung Electronics’ worldwide electricity consumption and in both of them it “depended heavily on fossil fuels”, Greenpeace said in its report, which was based on disclosures and statistics from Samsung itself.

In the South, Samsung has its own solar panels and geothermal power facilities, but they generated only “a tiny fraction” of its gigantic 17 TWh electricity usage there last year — more than 70 percent of the firm’s global consumption.

Samsung Electronics is among the South’s biggest consumers of electricity and the situation presents a challenge for President Moon Jae-in’s goal of the country becoming carbon neutral by 2050.

It is an ambitious target given that according to the International Energy Agency only around six percent of the South’s electricity came from renewables in 2020.

But Samsung Electronics is not among the more than 300 global corporations — including its biggest smartphone rival Apple — that have signed up to the RE100 pledge committing to use only renewable electricity, Greenpeace pointed out.

“Samsung has demonstrated that they can achieve 100 percent renewable energy in a short period in the US, Europe, and China,” said Hyunsook Lee of Greenpeace.

“It is essential to set a 100 percent renewable energy conversion goal in Korea and Vietnam, which are vulnerable to climate crisis.”