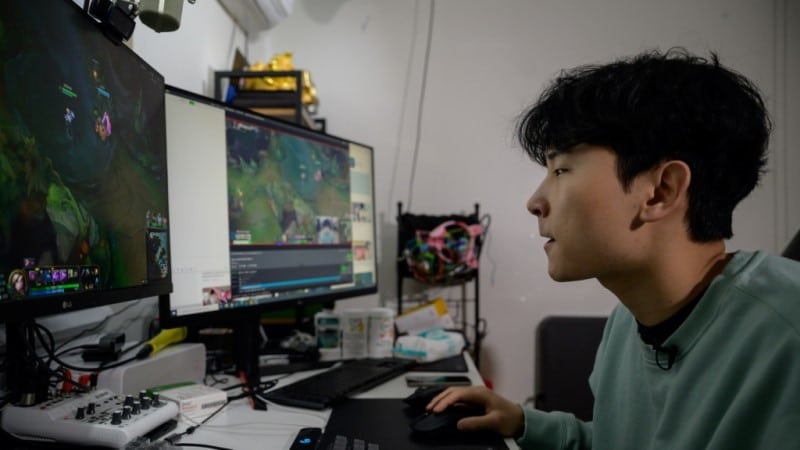 Kim, who often streams himself playing online battle game League of Legends in his pajamas, builds on his content with conversations that flirt with the country

From a converted storeroom on the roof of his mother’s Seoul apartment, Kim Min-kyo plays video games for up to 15 hours a day — and makes a fortune from the thousands of fans watching him.

The cramped studio is an unlikely home for a budding millionaire, but the 24-year-old’s gaming prowess — mixed with quick-witted commentary and high-school-level humour — has seen his income climb to about $50,000 a month.

That puts him well into the top one percent of earners in South Korea, but has not affected his lifestyle.

“I’m not really into cars or spending lots of money,” said Kim, who eats, sleeps, washes and works in the small space. 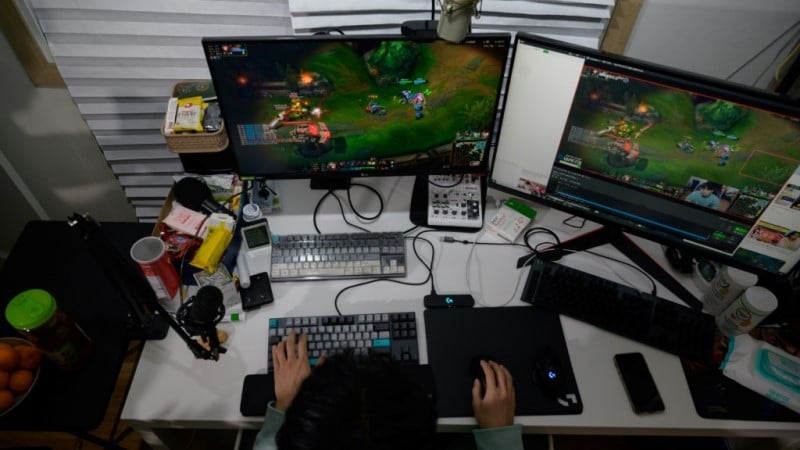 Kim Min-kyo’s gaming prowess, quick-witted commentary and high-school-level humor has seen his income climb to about $50,000 a month

“My mum manages all my income so I never have a lot of money on me,” he told AFP.

Livestreamers, known as “Broadcast Jockeys” or BJs in South Korea, are hard-wired to the digital infrastructure of youth culture.

They entertain for hours with an interactive mishmash of chat, gaming, dance, music, eating, getting drunk or even just sleeping.

A few can earn over $100,000 in a good month from broadcasting live on homegrown platform AfreecaTV, and uploading edited content to YouTube.

Kim, who often streams himself playing online battle game League of Legends in his pyjamas, builds on his content with conversations that flirt with the country’s social boundaries.

“Maybe sometimes you need to do something absurd to attract followers,” he acknowledged.

He makes money from fan donations, sponsorship — sometimes consuming local energy drinks midstream — and advertising on YouTube, where he has more than 400,000 subscribers.

There is regular controversy in South Korea over a lack of regulation on livestreaming, from undisclosed product promotion to “lewd” behavior — a bar set relatively low in a conservative culture.

Some livestreamers have been called out for misogynist commentary and violent behavior.

And at any given hour it is easy to find scantily-clad women on AfreecaTV willing to “talk cute”, “dance sexy” or send a private video for the right price. 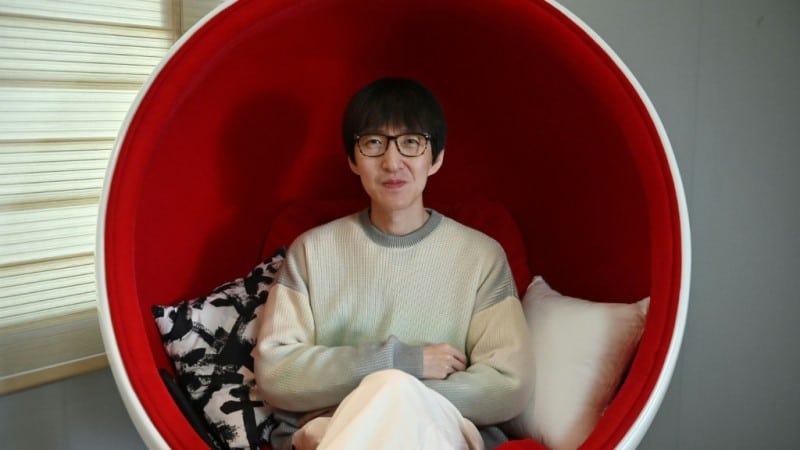 For livestreamers, the coronavirus has been good for business.

Over the first four months of last year, as the South urged people to stay at home to control the outbreak’s first wave, time watching videos on smartphones surged, according to the Korea Communications Commission.

The audience can donate them while interacting with a livestreamer, who converts it back to cash with the platform taking a cut.

Donations on it climbed by more than 20 percent to 41.5 billion won in the third quarter of last year.

“Even though it’s sad that Covid-19 has happened, it would be a lie to say that it hasn’t helped BJs grow,” said Joshua Ahn, who heads local production company Starfish Entertainment.

The 44-year-old Maserati-driving media entrepreneur manages dozens of top livestreamers, and produces variety shows for some of the country’s biggest TV stations.

Only a small fraction of streamers make significant sums, but Ahn said the stars who were already earning tens of thousands of dollars a month have seen their takings “double or even triple” during the pandemic. 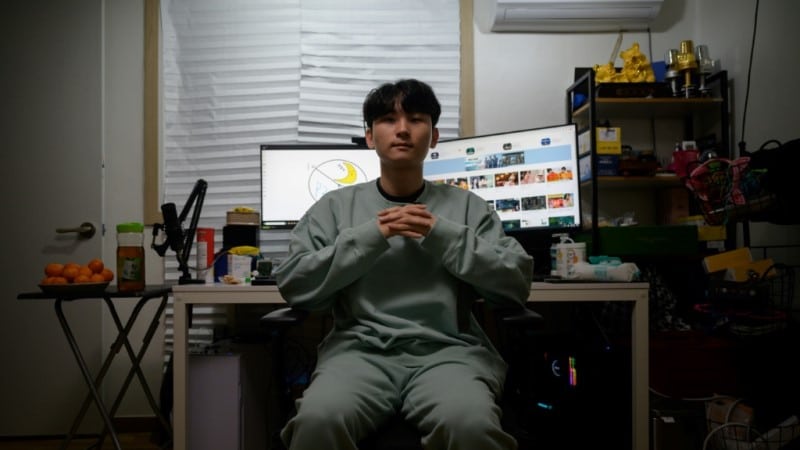 Some livestreamers have moved into the mainstream, including appearances on TV variety shows and sports commentating

Anyone can Have a Channel

The hyper-wired South is often at the forefront of technological change — it launched the world’s first nationwide 5G networks in 2019, two years after internet television subscriptions overtook cable TV.

Mobile advertising revenue tripled between 2015 and 2019 to 4.56 trillion won, according to regulators, overtaking broadcast advertising along the way, which fell by almost a quarter.

“Conventional media is at an important crossroads,” said Ahn, whose business activities straddle both traditional and new media. “Now with YouTube, anyone can have their own channel.”

Some livestreamers have moved into the mainstream, including appearances on TV variety shows and sports commentating.

Meanwhile minor celebrities, financial analysts and even some politicians have turned to livestreaming to boost their profiles.

And in a country that has long stressed academic qualifications, “content creator” ranked fourth in a survey of primary schoolchildren’s most desired jobs last year.

South Korea’s best-known contribution to the global livestreaming phenomenon has been “mukbang”, where the host commentates while eating huge plates of food.

Some broadcast activities are more controversial, such as scantily-clad suggestive conversation, or even criminal, for instance threats of violence against rivals.

“The reason why the content of these BJs is getting more sexual and violent is because they seek more attention,” said California State University Monterey Bay researcher Hojin Song.

“The more audience that they can draw in, the better chance they get at making better money.”