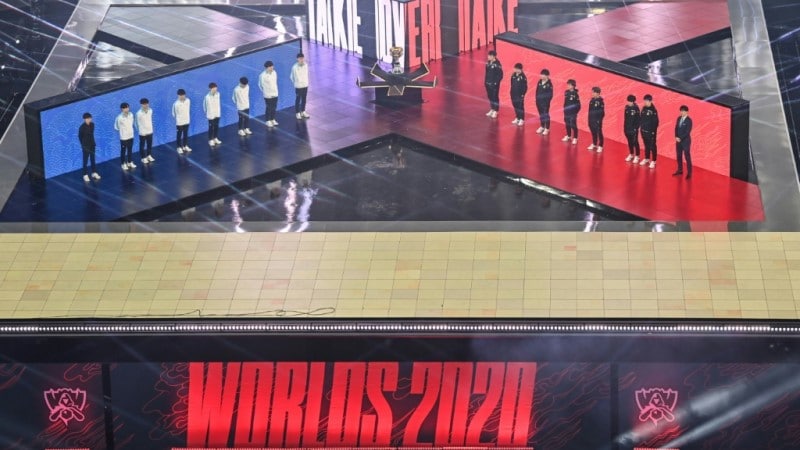 The South Korean team beat Suning, the surprise finalists from China, 3-1 to claim one of the most prestigious titles in eSports.

There were 3.2 million applications for tickets to see the decider of the month-long tournament in a football arena that holds about 35,000 people.

However, spectators were limited to 6,300 because of social distancing and those lucky enough to secure a seat had to wear a face mask to prevent coronavirus infections. 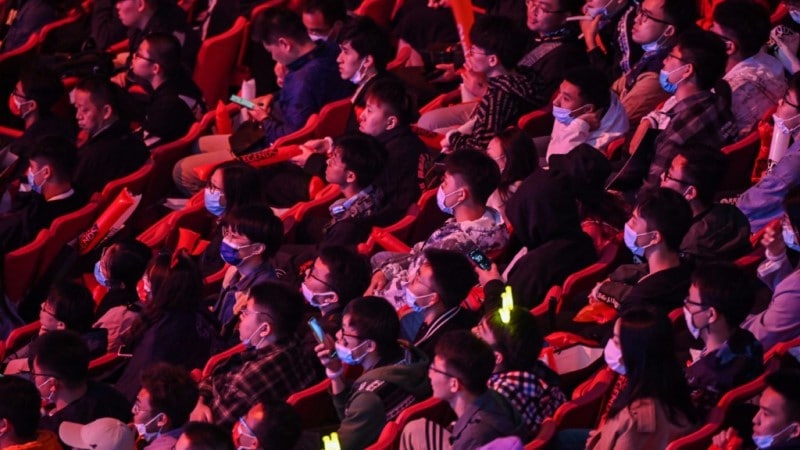 The 6,300 spectators at the event had to wear masks, to prevent coronavirus infections

Now in its 10th year as a world championship, League of Legends is a hugely popular team-based strategy game set in a fantasy world of “champions” and jungle monsters.

Chinese teams won the 2018 and 2019 crowns, but Koreans claimed the Summoner’s Cup in the five years before that.

Following a futuristic opening ceremony featuring virtual and real-life performers, five players each from Suning and Damwon took their seats on a brightly lit podium. Cheers went up as they went into battle.

League of Legends’ developer Riot Games had estimated that 100 million would watch across the globe. Inside the stadium, spectators — many favoring China’s Suning — saw the action unfold on two giant screens.

“Hands too sweaty,” Damwon tweeted, but held their nerve to take the title, even as Suning threatened an upset during a pivotal third game.

Damwon’s Kim “Canyon” Geon-bu, who was named finals MVP, said: “There was an interview during Worlds and I said that I wanted to win the title and be MVP.

“From the coaching staff down to the players, we’ve worked hard, harder than any other team, and because of that we’ve managed to accomplish this.” 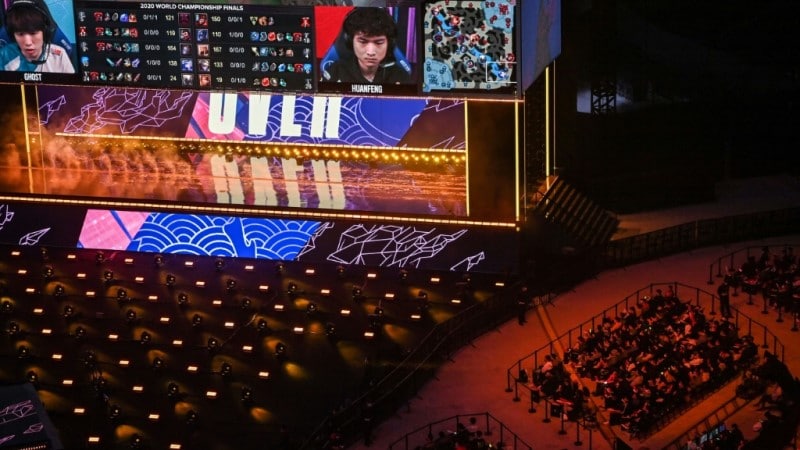 The 2020 “Worlds”, which started in September with 22 teams, had a minimum prize pool of $2.225 million but the final figure will be significantly higher than that.

In 2018, the last time figures were released, it was nearly $7 million.

Successfully organizing the tournament, and holding the decider in front of a live stadium audience, was a triumph for Riot Games, which is owned by Chinese tech giant Tencent.

In the build-up to the final, Nicolo Laurent, chief executive of Riot Games, said it had been “a crazy journey” because of the coronavirus pandemic.

“Sports have been shutting down around the world, many events were canceled and full seasons entirely postponed,” he said.

“But during that time, League of Legends eSports proved its resilience.”

It is also an indication of how China, where the coronavirus emerged late last year, has successfully got to grips with the contagion.

“In true honesty, there is no other place on the entire planet where I can imagine hosting Worlds today,” added Laurent.

“This year, Shanghai proved it is on its way to becoming — if it’s not already — the world’s capital of eSports.”