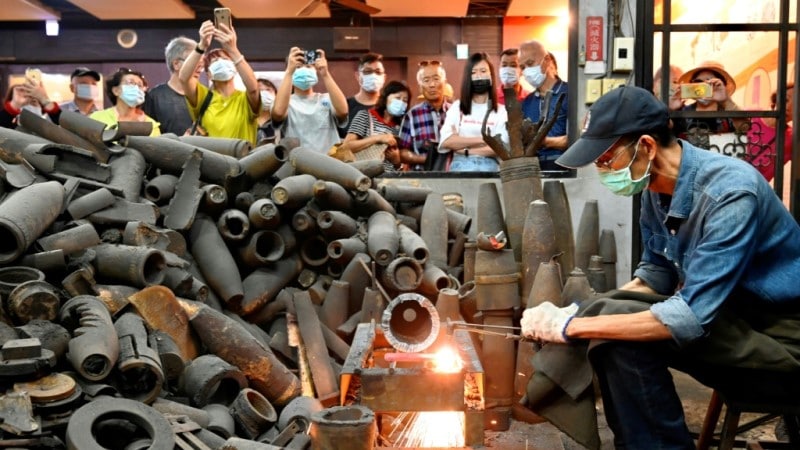 In a contemporary twist on beating swords into ploughshares, Taiwanese blacksmith Wu Tseng-dong has forged a career fashioning kitchen knives from Chinese artillery shells once fired at his home.

Known locally as “Maestro Wu”, his workshop on the island of Kinmen — which lies just two miles from the Chinese mainland — is a vivid reminder of the threat of war continually hanging over Taiwan.

Beijing views the self-ruled democracy as its own territory and has vowed to one day seize it, by force if necessary.

Like many of the older generations living on Kinmen, Wu grew up under bombardment. 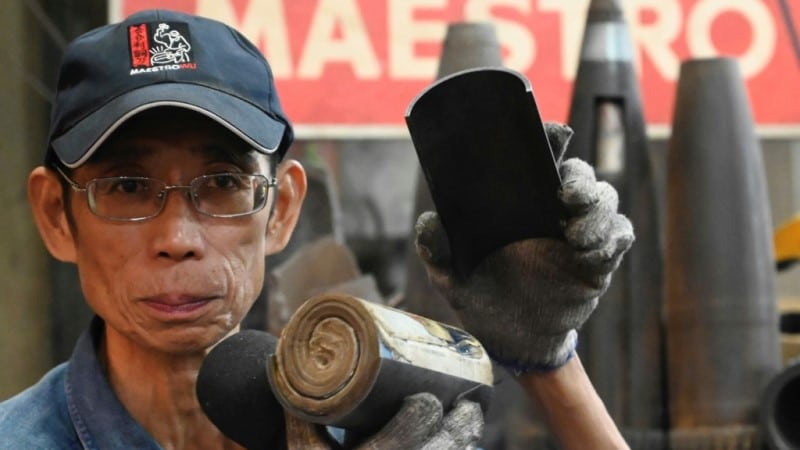 Most of Wu’s knives are made from the cases of the propaganda shells, which are better preserved as they did not explode on impact

Even after China’s civil war ended in 1949, leaving Mao Zedong’s Communists in charge of the mainland and Chiang Kai-shek’s Nationalists in Taiwan, the island continued to be shelled by communist forces.

Wu was born shortly before the worst bombardment in 1958, when nearly half a million shells were fired at Kinmen and other nearby islets over a 44-day period, killing 618 and injuring more than 2,600.

The shells were still falling as late as the 1970s, though by then they were packed with propaganda leaflets rather than explosives.

Wu has vivid childhood memories of hiding in air-raid shelters with his family at night while scavenging metal fragments by day for scrap.

“I remember the fear we felt at night,” he told AFP. “Shelling may look exciting in the movies the more intense it gets, but in reality it’s very dangerous.”

“We tried to pick as many shells as we could, even climbing the trees to get them, in order to exchange them for little prizes. It was fun for our childhood even though we feared the air raids,” he added.

A third-generation blacksmith, Wu learnt how to mould metal as a young boy.

Wu followed his father, who first started turning shells into knives when some Taiwanese soldiers stationed in Kinmen began asking for custom orders. 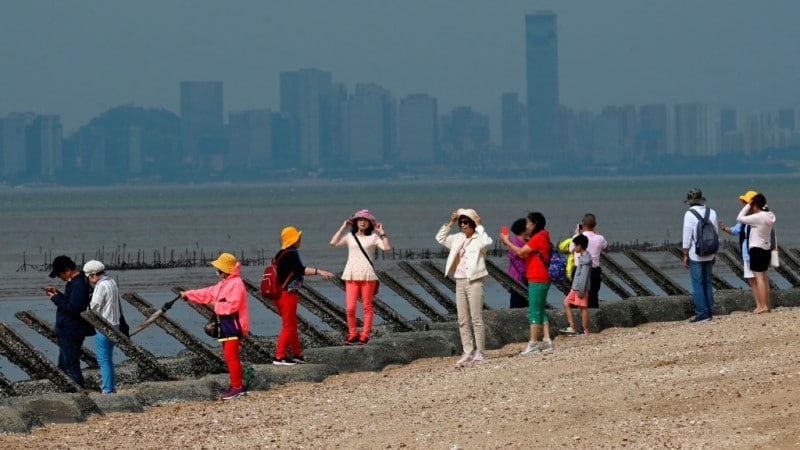 Kinmen Island, just two miles from the mainland, lives under the constant threat of a Chinese invasion — and fears of a conflict breaking out are now at their highest in decades

Most of Wu’s knives are made from the cases of the propaganda shells, which are better preserved as they did not explode on impact. In the last three decades he estimates he has bashed out around 400,000 such knives.

The old shells are stacked high in Wu’s workshop, which has become something of a draw for tourists. Visitors excitedly snap pictures as Wu methodically sculpts a glowing hunk of metal into a cleaver.

In recent years — at least until the coronavirus pandemic shut borders — Kinmen had become a popular destination for mainland Chinese tourists.

Direct transport links were launched in 2008 when ties were warmer under Taiwan’s then Beijing-friendly government.

But relations between Taiwan and China have since plummeted to their worst levels in decades. 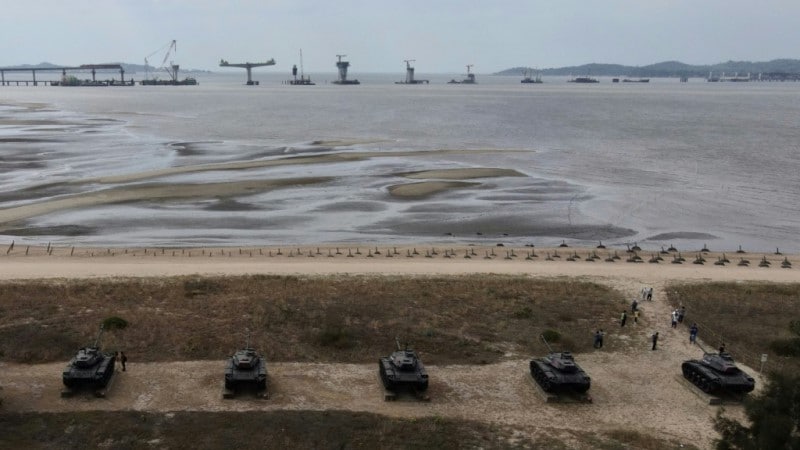 Cross-straight relations are now at their lowest point in decades

In 2016, Taiwan elected President Tsai Ing-wen, who views the island as an already sovereign state and not part of “one China”.

China cut off official communication and piled on economic, military and diplomatic pressure in response.

President Xi Jinping has become the most bellicose Chinese leader since Mao, describing the seizure of Taiwan as “inevitable”.

Chinese jets have in recent months begun crossing into Taiwan’s defense zone at an unprecedented rate.

Wu says he feels tensions are now at their highest — probably even more than in mid-1990s when China fired ballistic missiles into the Taiwan Strait, in a bid to deter Taiwan from voting for a presidential candidate Beijing disliked.

China’s threats are something Taiwan’s 23 million inhabitants have long had to live with.

But Wu says many of those in Kinmen know first-hand what conflict looks like and never want to see its return.

“The people don’t want war,” he said. “It’s very brutal and we in Kinmen had experienced it during the 823 Bombardment (in 1958), having relatives and friends killed or injured.”

“I hope the two sides can deal with each other peacefully… It is up to the wisdom of both governments.”

Official page of Maestro Wu & his knives on Amazon.