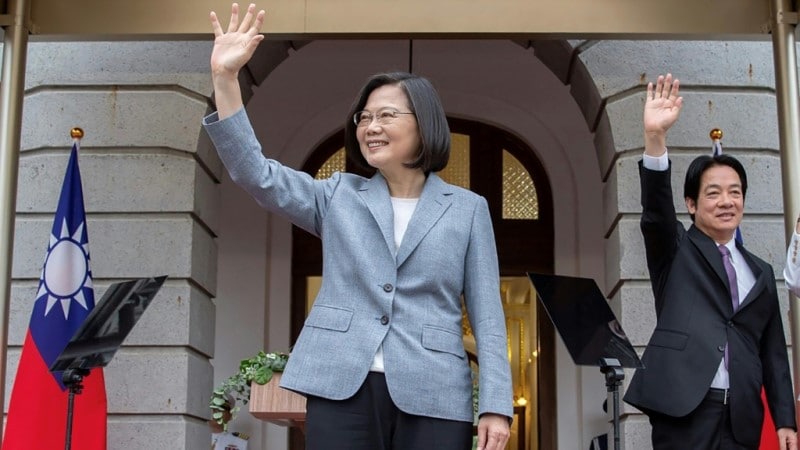 Beijing has cut off official contact with Taiwan under Tsai Ing-wen, who refuses to acknowledge that the island is part of ‘one China’

In a video speech to an Australian think tank, Tsai called for like-minded countries to protect Taiwan, pitching the self-ruled democracy as a dependable ally to western governments.

China views Taiwan as its own territory — vowing to one day seize it by force if needed — and Beijing’s sweeping national security law for Hong Kong as well as a crackdown on democracy supporters has added to the island’s alarm.

“We certainly hope that, like-minded countries will continue to work together to ensure Taiwan’s security, which is in the interest of peace and stability in the region.”

Beijing has stepped up diplomatic, military and economic pressure on Taiwan since Tsai came to power in 2016, as she refuses to acknowledge their idea that the island is part of “one China”.

Tsai regards Taiwan as a de facto sovereign nation but has resisted any formal declaration of independence, a move Beijing has long warned could spark war.

In her speech, she urged the international community to resolve potential conflict hotspots in the East and South China Sea regions.

This week, Beijing fired missiles into the disputed South China Sea which is also claimed by Taiwan and a string of other countries.

Tsai also pledged to build on ties with western nations.

“We will continue to seek a stronger security partnership with the United States and other like-minded countries in the region, built on our shared values and common interests,” she said.

Under US President Donald Trump Washington’s ties with Taipei have increased as he jostles with China over a host of issues.

Earlier this month, a delegation led by US health chief Alex Azar made the highest-level visit to Taiwan since 1979, the year Washington switched diplomatic recognition to Beijing.

China bristles at any moves by foreign governments to recognise or conduct official exchanges with Taipei. It warned Washington not to “play with fire” during Azar’s visit.

Beijing has cut off official contact with Taiwan under Tsai, who won re-election in a January landslide.

Tsai reiterated her offer of talks with China “as soon as they contribute to a beneficial relationship” while stressing that only Taiwanese people can choose the island’s future.

“Taiwan is Taiwan, our existence simply cannot be questioned. We have our own government, we have free elections and our people can choose their own leaders… none of which have ever been under Beijing’s jurisdiction,” she said.

“The future of Taiwan is to be decided by the people of Taiwan. This is what we have been insisting.”