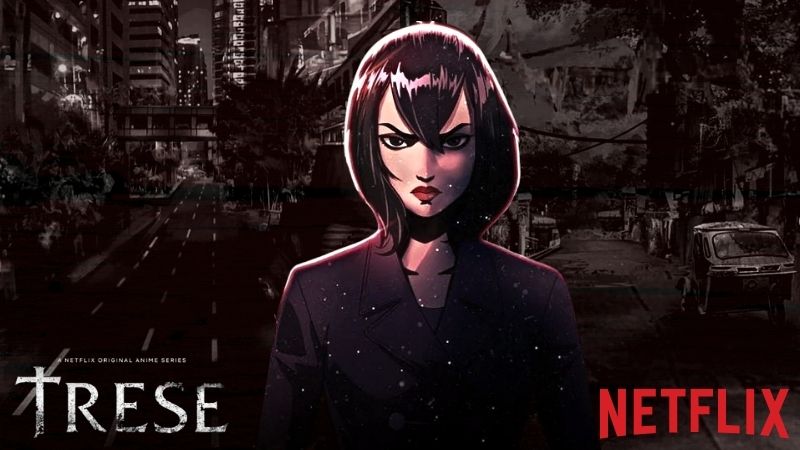 When Netflix dropped the first Trese poster, fans of the original comic book by Kajo Baldisimo and Budjette Tan were ecstatic. But how relevant is Netflix’s rendition of Trese, and why should you watch it?

Thirteen is believed to be an unlucky number – one that is associated with bad omens and unfortunate events. And this belief is exactly what makes Trese so special.

Netflix’s anime series Trese is set in a mythical version of Manila, where creatures of Philippine folklore live and hide among humans. Originally a fantasy graphic novel series written by Budjette Tan and illustrated by Kajo Baldisimo, the series elevates traditional Philippine stories to heights that were never reached before.

Considering the books have been available since the mid-2000s in the Philippines and an independent Filipino book store in San Francisco, it’s no wonder why the series has amassed so many fans. The graphic novel and show follow the story of Alexandra Trese, a detective who deals with supernatural manifestations, and has the power of a Mandirigmang Babaylan or warrior shaman. The protagonist is armed with a magic dagger called Sinag, among other antiquities. Trese has twin bodyguards, Crispin and Basilio who are descendants of Talagbusao.

Aside from Trese being a Mandirigmang Babaylan, and the twins being descendants of Bukidnon’s god of war, the show also introduces other Philippine folklore characters such as Nuno sa Punso, and Tikbalang as villains.

Alexandra Trese is voiced by Liza Soberano in the Filipino version, and Shay Mitchell of Pretty Little Liars in the English Version. Both actresses have shared that they are fans of the series.

“Just to see it come from words on a page to then seeing it become an artwork and then voicing over this character that I’ve grown to love so much,” said Mitchell.

Soberano recalled that when she first received her script, she was blown away.

“It’s beautifully told when it’s in Filipino and it has more of a sentimental value to me and more of a connection to me,” shared Soberano.

Other big names in the Trese line-up include Filipino-Canadian Manny Jacinto as Maliksi, who was famous for his role in The Good Place, Pussycat Dolls singer Nicole Scherzinger who plays Miranda Trese, and Apollo Abraham who is voicing Captain Guerrero.

The six-episode show’s executive producer is Jay Oliva, who was behind Doctor Strange: The Sorcerer Supreme, and Justice League Dark.

Despite the advertising success of its author and illustrator, Trese was not welcomed with publicity when it was first published. In 2005, the first run of publication only had 30-50 copies that were photocopied and folded in half, then stapled together at an office supply store. It only found its publisher, Visprint, Inc, when it got sold out at a comic store in Manila. The graphic novel moved to Alamat Comics in 2008, and Avenida books in 2020.

One of the reasons why Trese is so well-loved by graphic novel fans is because of its main character – a woman who sees the hidden side of Manila in a way you’d never expect. But during the initial stages of the novel, the lead wasn’t even supposed to be female. However, Tan felt that having a male character as a lead was too familiar. This is how she came up with Alexandra Trese’s character.

“I created this tough guy fighting supernatural elements in the city. Yet, I thought, it just feels like it’s been done so many times. What have we not seen? We haven’t seen a strong female character do all of [this] tough guy stuff,” said Tan in an interview with Difference Engine.

Trese is far from your usual detective show. It breaks the boundaries of storytelling and showcases how rich Philippine culture is. Without question, it deserves all the attention that it’s getting today.