Philippines’ Manny Pacquiao to Run for President in 2022 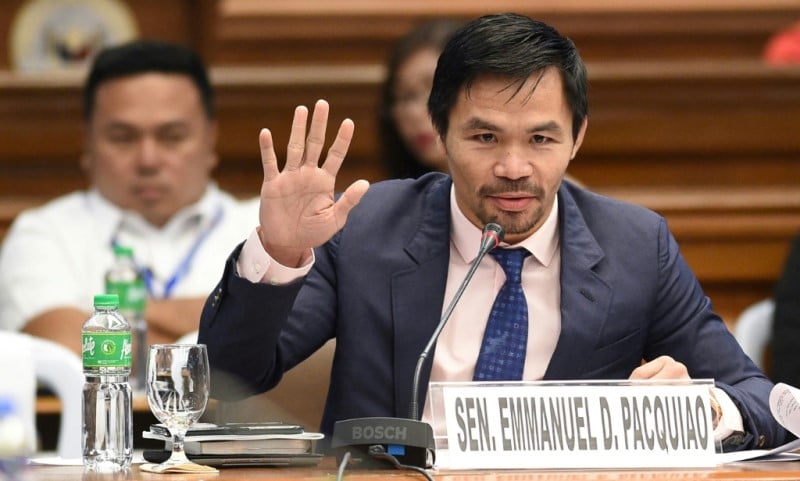 Pacquiao, who entered politics in 2010 as a congressman before being elected to the Senate, has long been expected to run for president

Philippine boxer-turned-politician Manny Pacquiao declared Sunday he will run for president in 2022, ending months of speculation about whether the legendary fighter would seek the country’s top job.

“The time is now — we are ready to rise to the challenge of leadership,” said Pacquiao, as he accepted the nomination of a rival faction in President Rodrigo Duterte’s ruling party.

The eight-division world champion and beloved national hero made the announcement weeks after losing what could be his last professional fight against Cuban Yordenis Ugas in Las Vegas.

Pacquiao, who entered politics in 2010 as a congressman before being elected to the Senate, has long been expected to make a tilt for the country’s highest office. 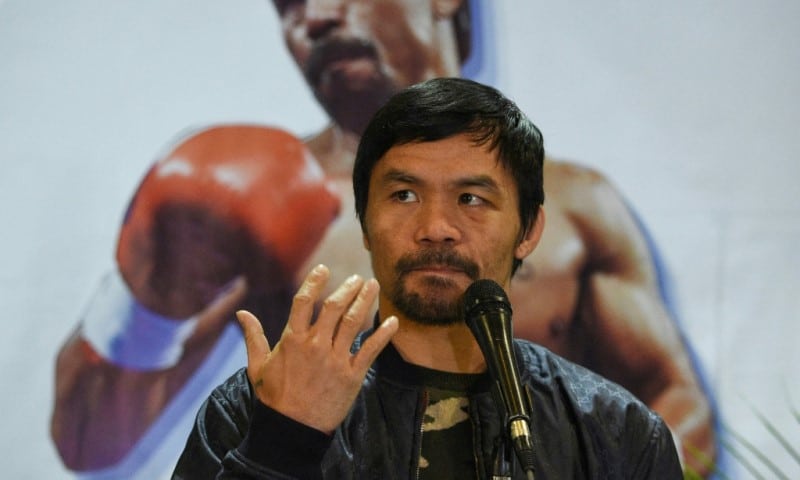 Pacquiao, who entered politics in 2010 as a congressman before being elected to the Senate, has long been expected to run for president

The 42-year-old is deeply admired in the archipelago nation for his generosity and hauling himself out of poverty to become one of the world’s greatest and wealthiest boxers.

His boxing credentials along with fighting poverty and corruption are likely to be the key themes of his campaign.

“For those asking what are my qualifications, have you ever experienced hunger?” Pacquiao asked the national assembly held by the anti-Duterte faction of PDP-Laban.

“Have you ever experienced having nothing to eat, to borrow money from your neighbors or to wait for leftovers at a food stall? The Manny Pacquiao that is in front of you was molded by poverty.”

Pacquiao’s star power in a country famed for its celebrity-obsessed politics will put him in a strong position in the presidential race.

But it will not guarantee victory.

A public skirmish between Pacquiao and Duterte over the latter’s handling of the South China Sea dispute with Beijing and official graft could erode support for the boxer.

Duterte — who is allowed to serve only one term as president under the constitution — rivals Pacquiao for the affections of many Filipinos and declared last month he will run for the vice presidency.

A party faction loyal to Duterte also endorsed the president’s close aide, Senator Christopher Lawrence “Bong” Go, for the top job — but he hasn’t yet accepted.

Pacquiao would face a formidable opponent if Duterte’s daughter, Sara, were to run for president, which she is tipped to do.

A recent poll showed the Davao city mayor — who belongs to a different party than her father — with the most voter support, well ahead of Pacquiao and other potential contenders.

The deadline for registering as a candidate for next year’s elections is October 8. 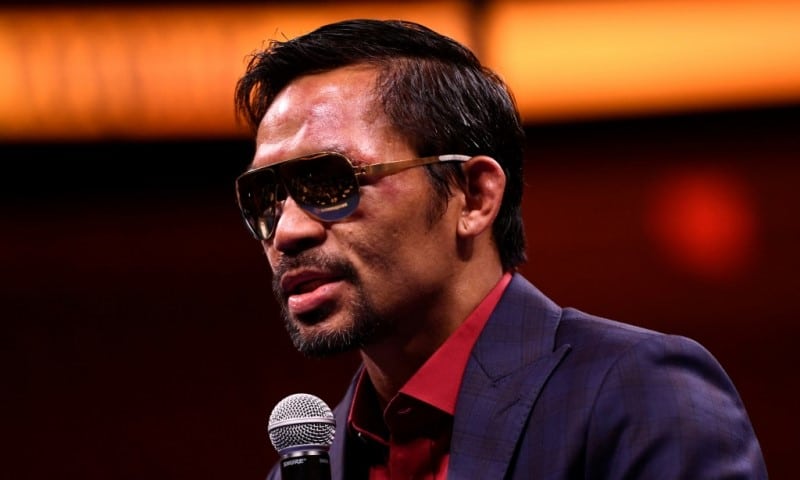 The nomination of two candidates for president from PDP-Laban showed “how deep the divisions in the ruling party are”, said Eurasia Group analyst Peter Mumford.

“A key watchpoint will be whether most of the anti-Duterte camp falls in behind Pacquiao or whether it splits with multiple different presidential candidates,” Mumford said.

Pacquiao, a devout evangelical Christian, was a high-profile backer of Duterte and his controversial drug war.

Pacquiao told AFP in a recent interview that he would continue the crackdown, but in a “proper way” that does not abuse “the rights of individuals”.

Asked if he would protect the current president from criminal charges if he became leader, he said: “All of us are bound to the law.”

by Ron Lopez and Allison Jackson