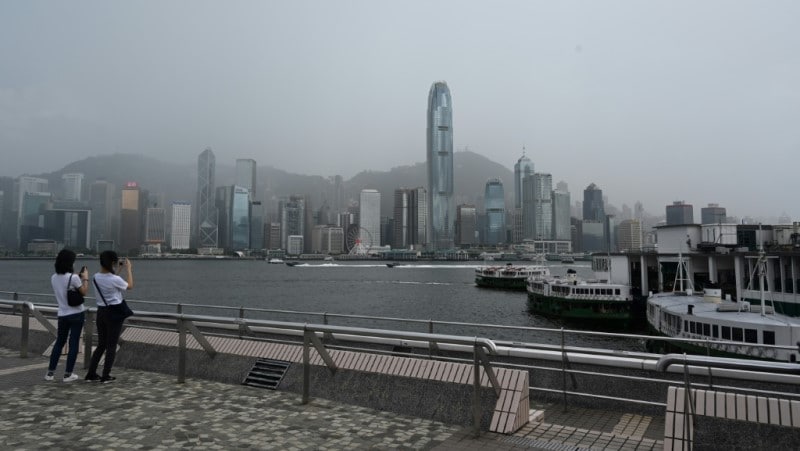 Hong Kong’s political elite began selecting a powerful committee on Sunday which will choose the city’s next leader and nearly half the legislature under a new “patriots only” system imposed by Beijing.

The financial hub has never been a democracy — the source of years of protests — but a small and vocal opposition was tolerated after the city’s 1997 handover to authoritarian China.

Huge and often violent democracy rallies exploded two years ago and Beijing responded with a crackdown and a new political system where only those deemed loyal are allowed to stand for office.

The first poll under that new system — carrying the slogan “Patriots rule Hong Kong” — took place on Sunday as members of the city’s ruling classes cast votes for a 1,500-seat Election Committee. 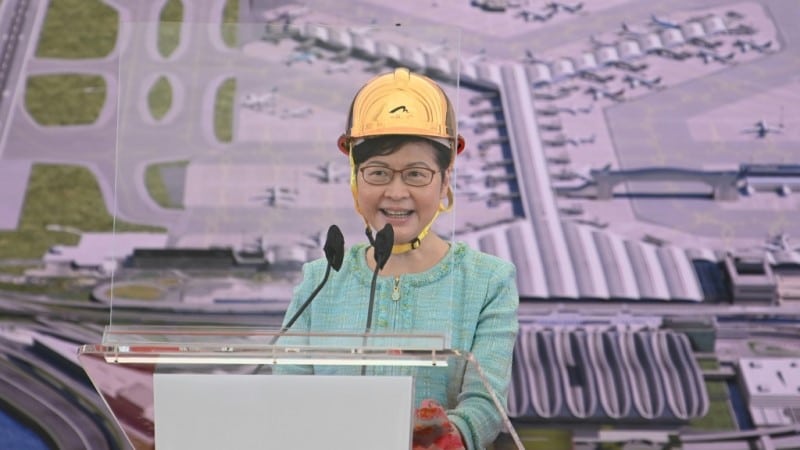 In December, that committee will appoint 40 of the city’s 90 legislators — 30 others will be chosen by special interest groups and just 20 will be directly elected. The following year, it will pick Hong Kong’s next Beijing-approved leader.

Beijing insists the new political system is more representative and will ensure “anti-China” elements are not allowed into office.

Critics say it leaves no room for the pro-democracy opposition, turning Hong Kong into a mirror of the authoritarian Communist Party-ruled mainland.

“All election runners will become puppet showmen under Beijing’s entire control… with no meaningful competition.”

“It’s more than a managed democracy. It’s an autocracy trying to pretend to be civilized,” Hui told AFP.

That figure has now been trimmed to around 4,800 — 0.06 percent of Hong Kong’s 7.5 million population. Police said 6,000 officers were on standby to ensure there were no protests or disruptions.

When polls closed on Sunday evening, authorities said turnout among the select group of electors was 86 percent.

“This is an important election although the number of people eligible to join is not large,” Hong Kong chief executive Carrie Lam told reporters, adding the new system would ensure “anti-China troublemakers” would no longer be able to “obstruct” the government.

The vast majority of seats in Sunday’s vote were a one-horse race, with just 364 contested. The rest will be installed ex officio or chosen by special interest groups. 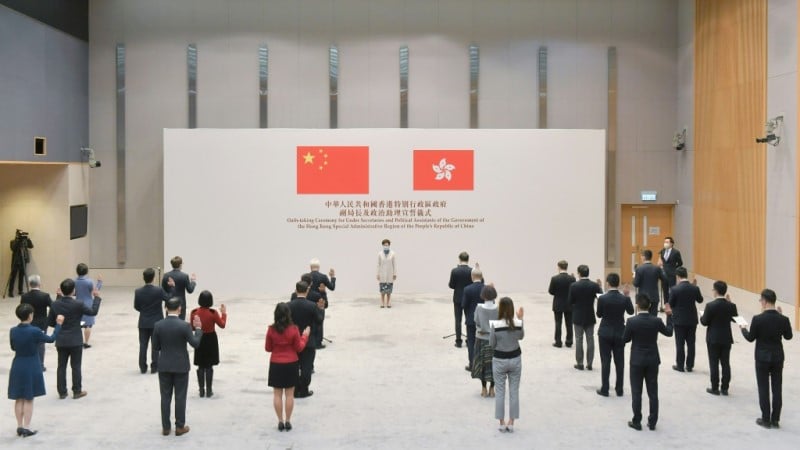 As a result, the committee will be even more stacked than previously with reliable pro-Beijing votes, including loyalist lawmakers and members of national bodies as well as representatives from business, professional and religious groups.

China promised Hong Kong would maintain key liberties and autonomy for 50 years after its handover.

But, in the wake of the 2019 protests, Beijing began transforming the city into something more like the authoritarian mainland.

On top of the new political system, China has also imposed a sweeping national security law that has criminalized much dissent.

Multiple opposition figures have been jailed, dozens of pro-democracy groups and outlets — including the city’s most popular newspaper — have been shuttered and tens of thousands of Hong Kongers have left the city.

Others have been disqualified from public office for their political views.

Civil society groups have also been prosecuted and dozens have disbanded.

On Sunday, the Confederation of Trade Unions — the city’s largest pro-democracy labor organization with some 140,000 members — became the latest group to announce it would dissolve next month.