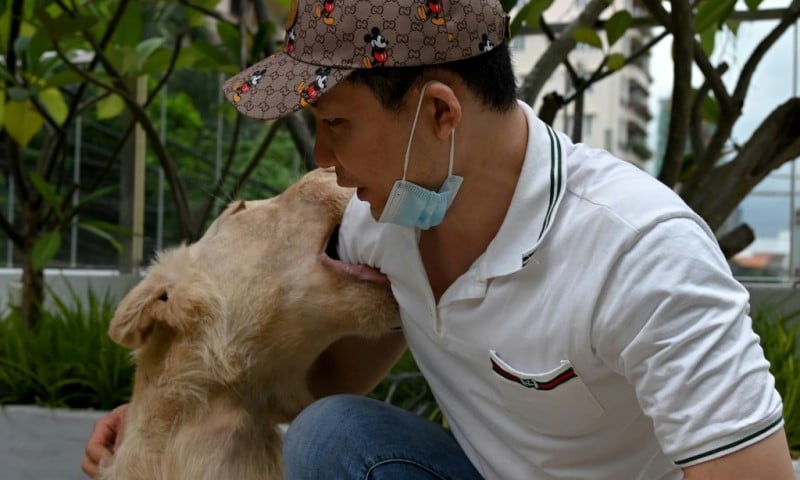 Qi Xiao raised the defanged lion and named it Hima

A defanged and declawed lion trafficked to an upscale neighborhood of the Cambodian capital was on Monday returned to its owner following the unlikely intervention of Prime Minister Hun Sen.

The 18-month-old cub, weighing 70 kilograms (154 pounds), had been imported from overseas, officials said. It was raised by its owner, a Chinese national, who named it Hima.

Authorities learned of the unlikely pet after seeing TikTok videos of Hima playing in a Phnom Penh villa. The lion was confiscated on June 27 and brought to a wildlife rescue center.

Wildlife Alliance, an animal rescue NGO that aided in the raid last week, had said that private residence was “inappropriate” for a wild animal, and that the owner had removed the lion’s canine teeth and claws. 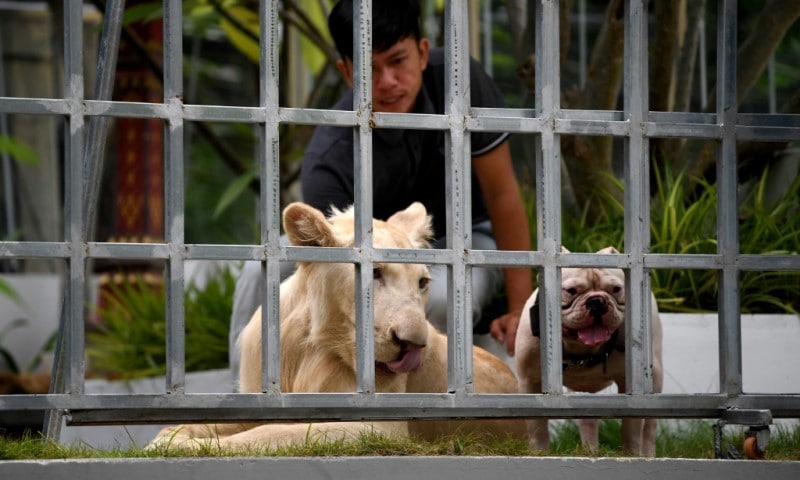 A couple of days later, a video of the lion’s owner Qi Xiao visiting Hima in the center went viral.

In the video, Hima kept nudging Qi as he fed it meat, a seemingly affectionate behavior that sparked calls on social media for them to be reunited.

By Sunday evening, Hun Sen announced on his official Facebook page that Qi could have his lion back on the condition that he “build it a proper cage to ensure the safety of the people in the house and neighbors”.

He also ordered authorities to reimburse any fine paid by the owner.

Qi thanked the premier in a comment on the post, and also expressed gratitude to “Cambodian people for helping and supporting our Hima”.

“Lastly, I wish that Cambodia and China stay strong friends forever,” he wrote.

The lion was transported on Monday afternoon to Qi’s villa.

“I feel very happy, very touched… I didn’t expect to get him back,” Qi told reporters as the lion and his dog wandered around his background. 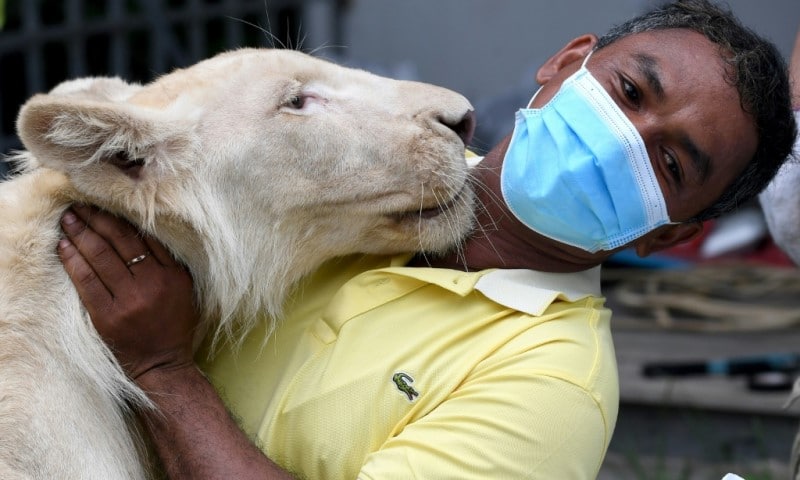 But not everyone was pleased by this outcome.

Cambodian authorities declined to comment on how much the owner was fined or what prompted the legal change of heart.

Prime Minister Hun Sen, one of the world’s longest-serving leaders, is a staunch ally of Beijing, and Cambodia receives billions of dollars in soft loans and investment from China.