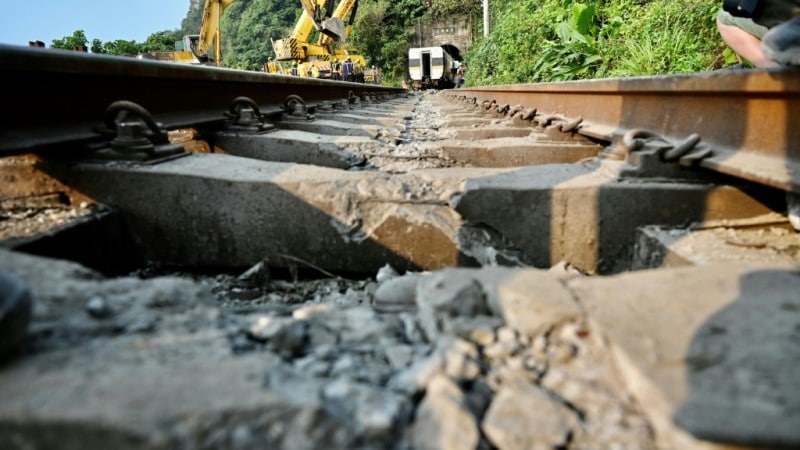 A maintenance worker whose runaway truck sparked Taiwan’s worst rail disaster in recent decades made a tearful apology on Sunday as investigators said the train driver had little time to react to the collision.

At least 50 people were killed and more than 200 were injured in Friday’s crash, which sent a packed eight-car train hurtling into the sides of a narrow tunnel near the eastern coastal city of Hualien.

Investigators say the Taroko Express hit a truck on the line moments before it entered the tunnel.

The vehicle slipped down a steep embankment and prosecutors are working to determine whether the driver either failed to secure the parking brake or if it suffered a mechanical failure. 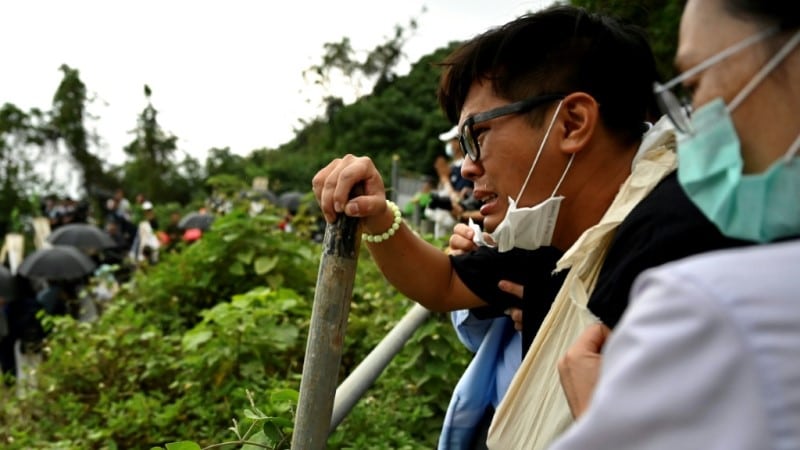 On Sunday, the driver Lee Yi-hsiang read out an emotional statement to a bank of media cameras.

“I am deeply remorseful and want to express my most sincere apologies,” he said, his voice cracking with emotion.

“I will cooperate with the investigation by police and prosecutors to take the responsibility I should take,” he added.

Lee, 49, was part of a team who regularly inspected Taiwan’s mountainous eastern train line for landslides and other risks.

He was questioned over the weekend by prosecutors and released on bail by a court pending further inquiries.

Taiwanese media reported Sunday that he was taken back into custody because he was deemed a flight risk and had a previous conviction for forgery.

Hong Young, chairman of Taiwan Transportation Safety Board, told AFP that investigators were combing through the train’s recording devices as well as CCTV footage from the front car.

“According to the testimonies by some passengers, they heard the horn being sounded and it’s believed the train driver had spotted an object of obstruction on the track,” he said.

But the train driver — who was among those killed — would have struggled to stop a collision.

“It’s believed the train driver might have only had ten seconds at most to react and there was not enough distance to emergency brake,” he added.

Some survivors reported that the train did not appear to slow down before striking the truck.

But Hong said others did notice violent vibrating before the collision, suggesting the train driver might have pulled the emergency break moments before impact.

As questions mounted over how packed the train was and why there were not fences on that section of the track, transport minister Lin Chia-lung offered his resignation on Sunday.

But it was not accepted by the government, who said he should remain in place until the results of the investigation are known.

The train crash has plunged Taiwan into mourning. Some survivors lost entire families and the youngest victim was just four.

A French national and two Americans were also confirmed killed.

On Saturday around one hundred relatives held an emotional Taoist prayer ceremony near the crash site.

Shaded under a canopy of black umbrellas they wept openly, calling for their loved ones to “come home”.

Friday’s crash took place at the start of the Tomb Sweeping Festival, a four-day public holiday when many Taiwanese return to villages to tidy the graves of their ancestors.

The last major train derailment in Taiwan was in 2018 and left 18 people dead on the same eastern line.