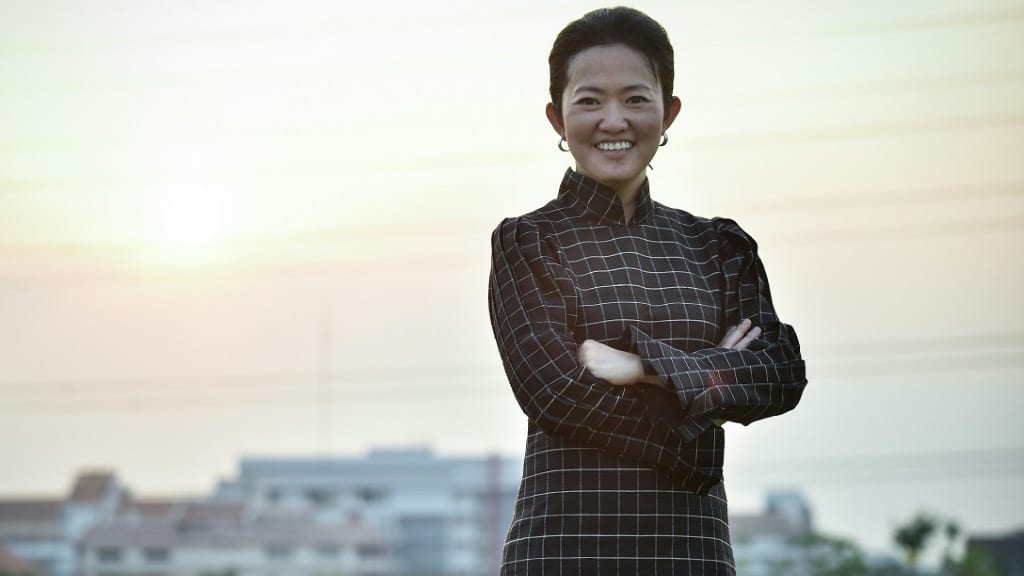 Bangkok’s future hangs in the balance.

New analysis by the Nestpick 2050 Climate Change City Index says the Thai capital could be hardest hit by global warming.

And while it is not alone facing such a threat — Venice, New Orleans, and Jakarta are predicted to be underwater by 2100 — it does have a secret weapon in its battle to negate the impact of a hotter planet: renowned architect Kotchakorn Voraakhom who preaches mindful development over mindless construction.

“We are talking life and death in this situation,” says the 39-year-old who is hoping to bring Bangkok back from the brink, as scientists warn extreme weather — flooding and droughts — could ravage the city, leaving as much as 40 percent submerged in the next decade. 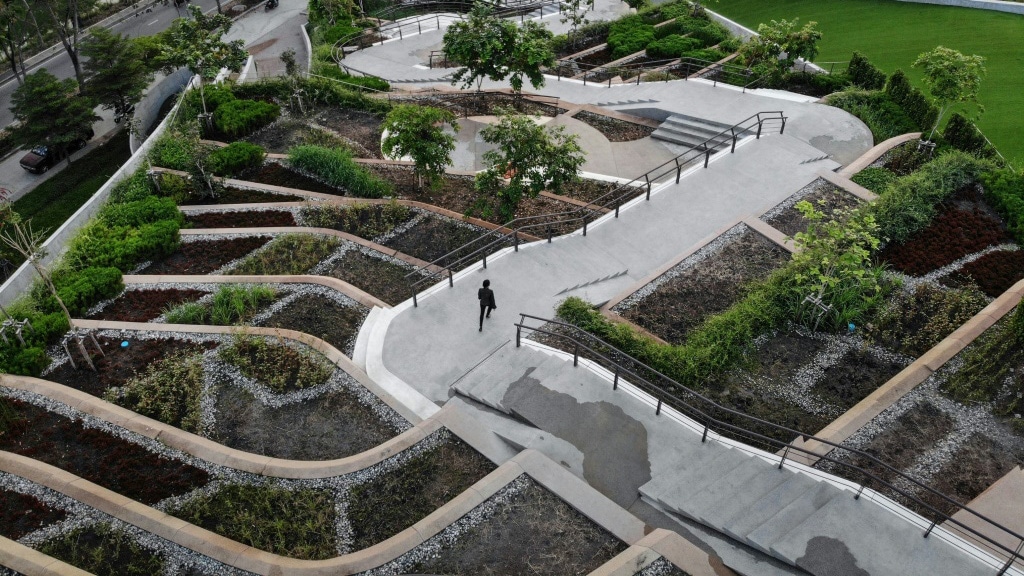 Kotchakorn says: “I don’t want to face it with fear. At this moment we have a chance to make change… We have to do it right now to show the coming generations that this is possible. It is not about sitting and waiting and doing the same thing.”

No one can accuse the Harvard graduate of resting on her laurels: She made her name showing how the effects of climate change can be mitigated by ensuring the issue is at the heart of city planning.

She and her firm Landprocess created the internationally acclaimed Chulalongkorn University Centenary Park, an 11-acre (4 hectares) space in central Bangkok, which tilts downward at a three-degree angle, allowing rainwater to flow through the flanking grass and wetlands.

Water that’s not absorbed by the plants runs down to a pond at the base of the park, where it can be stored and filtered for use during dry spells or released gradually. In cases of severe flooding, the park can hold up to a million gallons of water.

Kotchakorn rails against Bangkok’s unchecked development — more than 10 million live in the metropolis packed with skyscrapers, factories, malls and hotels — warning that an “addiction to growth” at all costs is jeopardizing its ability to thrive.

“We think about how we’re going to have more growth in our annual development… What if we shift the orientation from growth to really consider our actions on the environment, listen to the land more,” she says.

“It doesn’t mean I am against development but I want it to be very meaningful, very mindful, and at the right pace — so we don’t actually kill our future.”

Today her ideas have been embraced at home, and abroad — she gave an acclaimed TED talk in 2018, and last year TIME Magazine included her in its “100 Next” list of global rising stars. 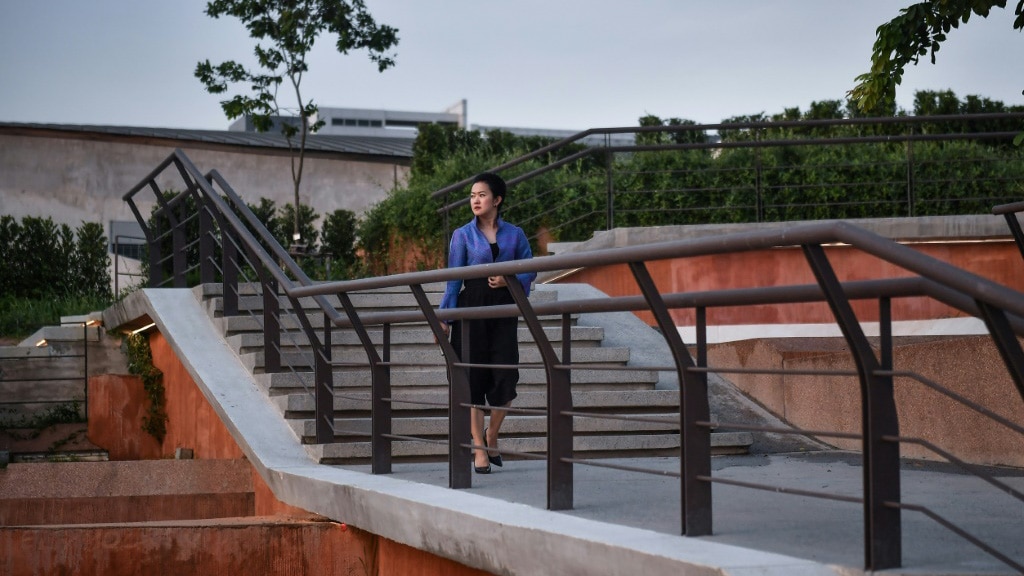 Convincing clients, authorities, and other businesses to see the big environmental picture has not been easy in a mega-city obsessed with economic targets and expansion

But convincing clients, authorities, and other businesses to see the big environmental picture has not been easy in a mega-city obsessed with economic targets and expansion.

Driving change as a woman in a patriarchal society has been an additional challenge, but Kotchakorn insists there is “power” in being different, particularly in an industry dominated by older men offering only “conventional ways of thinking”.

Many of her ideas were initially dismissed, but she held firm, explaining: “I feel that was based on their fear. But it’s not my fear.” 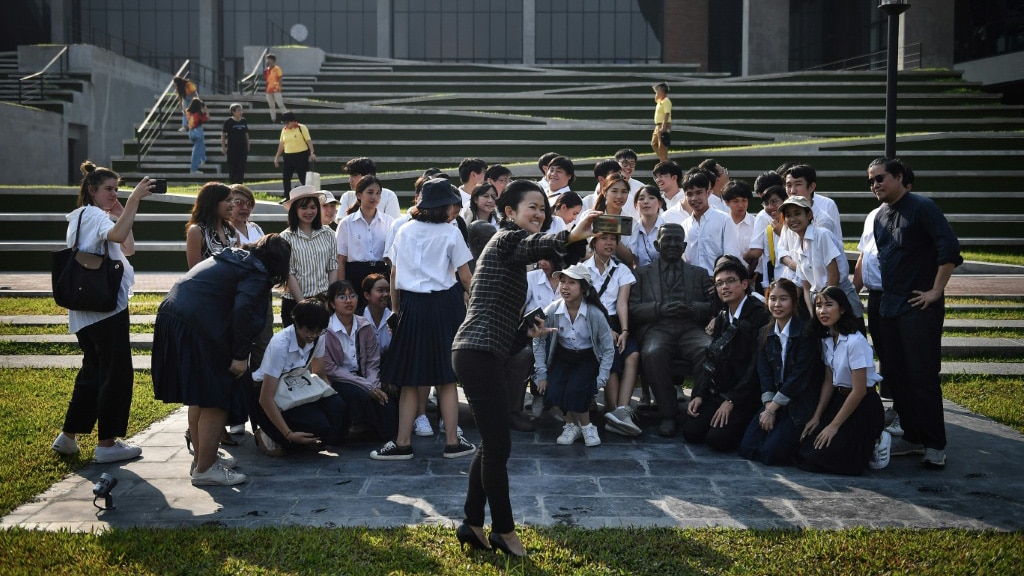 Hailing her late mother as her inspiration, and her 11-year-old daughter as her motivation, Kotchakorn hopes her work will solve problems for generations to come

A turning point came in 2011, when Thailand endured its worst floods in half a century, which left more than 800 dead nationwide with hundreds of thousands displaced. Bangkok, built on once-marshy land and surrounded by natural waterways, was hard hit.

Then came the World Bank warning that 40 percent of it would be inundated by 2030.

It was clear then things needed to change, says Voraakhom, who grew up in the capital and says air quality has deteriorated rapidly, as has food quality and security because of the heavy use of pesticides.

In 2018, she created Asia’s largest rooftop farm, which mimics the region’s famed rice terraces where run-off travels down layers of crops, conserving both water and soil. Winding around the 22,400 square-metre (241,111 square feet) rooftop is a jogging path and a lawn.

Later this year she will unveil plans to transform a vast, unused bridge crossing the Chao Phraya river into a park with bicycle lanes, bringing more green space to a place with precious little of it.

“If you just do a normal building, it’s just going to be the same. It’s just another building. But if you create (something new), you actually could touch and change their way of living, their way of eating, their way of understanding of sustainability.”

Kotchakorn has even greater ambitions for the city she grew up in — she wants to “reclaim” the more than 1,000 canals that snake through Bangkok that are currently used for sewage.

“Canals have so much life, so much potential to be public green space and a skeleton of the whole city,” she explains.

Hailing her late mother as her inspiration, and her 11-year-old daughter as her motivation, she hopes her work will solve problems for generations to come.

She says: “Being a mother is really helping to push me to create hope and solutions for the next generation. You see that the things you build will last after your life.”