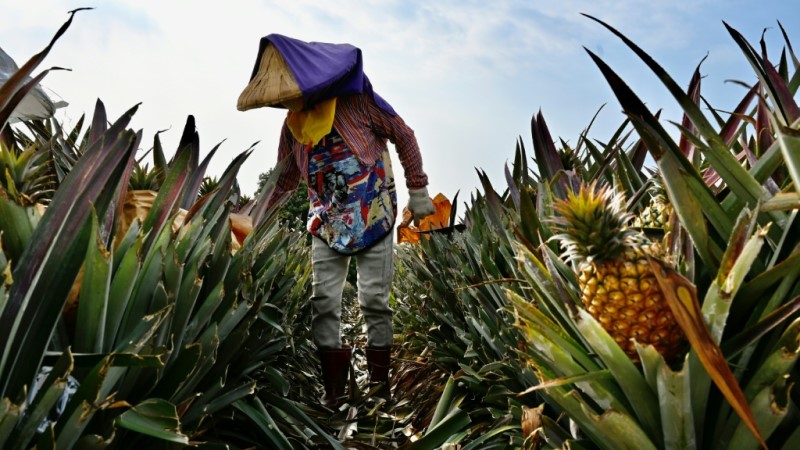 While much of Taiwan’s pineapple crop is consumed at home, 90 percent of its overseas shipments head for sale in the vast Chinese market

A Chinese ban on pineapple imports from Taiwan has sparked a flood of patriotic buying of the fruit and forced restaurants to come up with inventive new menu choices but it has also left many questioning Taipei’s overwhelming economic reliance on its giant neighbour.

While much of the island’s pineapple crop is consumed at home, 90 percent of its overseas shipments head for sale in the vast Chinese market.

However, that leaves its farmers at the mercy of Beijing’s authoritarian leaders who view the self-ruled democracy as their own territory and have vowed to one day seize it, by force if needed.

And on March 1 they suddenly imposed a ban on pineapples citing the discovery of pests, sending panic among the fruit’s farmers fearing for their livelihoods. 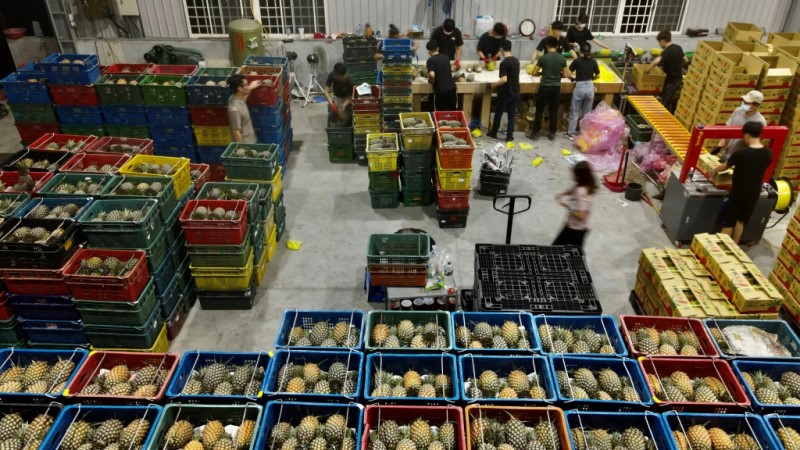 Crates of pineapples are sorted at a warehouse in Pingtung county

“This is a political issue that we farmers are unable to resolve,” lamented plantation owner Min Lee-ming, as dozens of workers rushed to pluck, trim and box up the fruits in Taishan, a rural part of southern Pingtung County known locally as “Pineapple Town”.

“We just want to live a stable life and we need to make ends meet,” he told AFP.

The ban led the government in Taipei to put out a call for solidarity — and the people of Taiwan responded.

Social media has filled with calls for consumers to buy pineapples while restaurants are coming up with ever more ways to add pineapple to their offers.

A government-declared goal of selling 20,000 extra tonnes of the fruit domestically achieved its target in just four days, helped by major local conglomerates who jumped on large orders to boost their profile.

Sunny Liao, a 53-year-old businesswoman, was among recent diners at a hotel in Taipei now offering some 20 pineapple themed dishes and drinks.

She said she wants to see tensions lowered between Taiwan and Beijing and favors the two sides talking but the latest move has left her furious.

“I think all Taiwanese are angry at the ban and I feel farmers have become cannon fodder to be sacrificed,” she told AFP.

The Taishan region sends around 70 percent of its harvest across the Taiwan Strait and farmers are now scrambling to find new markets.

“We’ve depended too heavily on China,” fretted Chen Yu-nung, 30, who runs a fruit packaging factory. “We shouldn’t have put all our eggs in one basket.”

Taiwan’s 23 million people live under the constant threat of invasion by China which has long used a mixture of carrot and stick to bring about its stated aim of “reunification”.

Relations have considerably worsened since the 2016 election of President Tsai Ing-wen who views Taiwan as a de facto sovereign nation, not part of Beijing’s “one China”.

But despite the increase in tensions, bilateral trade rose 13.5 percent on-year to $216 billion in 2020, including $1 billion of produce, according to Taiwan’s official data.

Taipei has rejected China’s claims over pests in the pineapple shipments, saying 99.8 percent of imports in recent years had passed inspection. 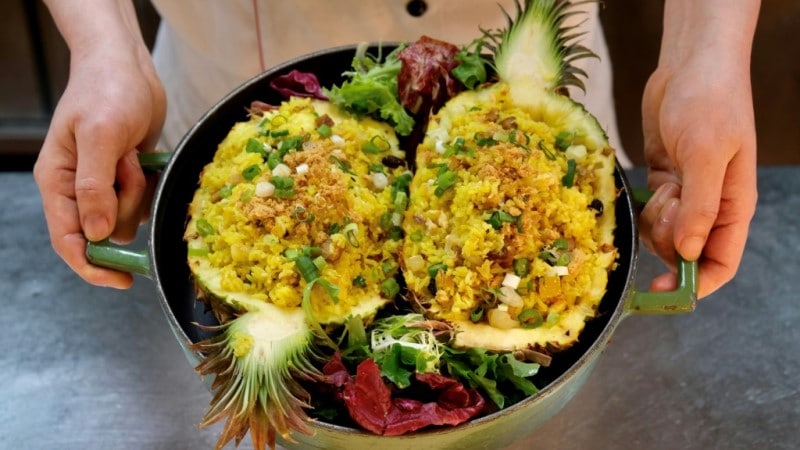 Everyone is very Nervous

The south, where most of Taiwan’s pineapples are grown, is the traditional heartland of Taiwan’s ruling Democratic Progressive Party.

Political figures were quick to liken the ban to heavy tariffs China placed on certain Australian products, including wine, when relations between those two countries took a dive.

“Remember Australia’s Freedom Wine?” tweeted foreign minister Joseph Wu. “I urge like-minded friends around the globe to stand with Taiwan and rally behind the FreedomPineapple.”

Back in Taishan, farmers say they have been delighted by the domestic drive to buy more pineapples.

But they caution against early declarations of victory given the harvest has only just begun.

“Next month is when we will know if we have won or lost,” said Min, the plantation owner. “Everyone is very nervous”.

“I am worried the domestic buying spree won’t last when the harvest peaks next month,” added Lee Bai-wei, 28, saying half his crop would usually go to China.

Tseng Chin-yun, a 60-year-old rice farmer, said she believed it was time for Taiwan to diversify where it sells its products to.

“We need to be stronger and stand on our own,” she declared. “Taiwan is an independent country and we can’t always rely on others.”

But he doesn’t think Taiwan should cave to Chinese pressure.

“Taiwan is a country and ‘one China’ is unacceptable,” he said.

“If we concede in order to hold talks on agricultural issues, they will push the envelope further in other areas.”