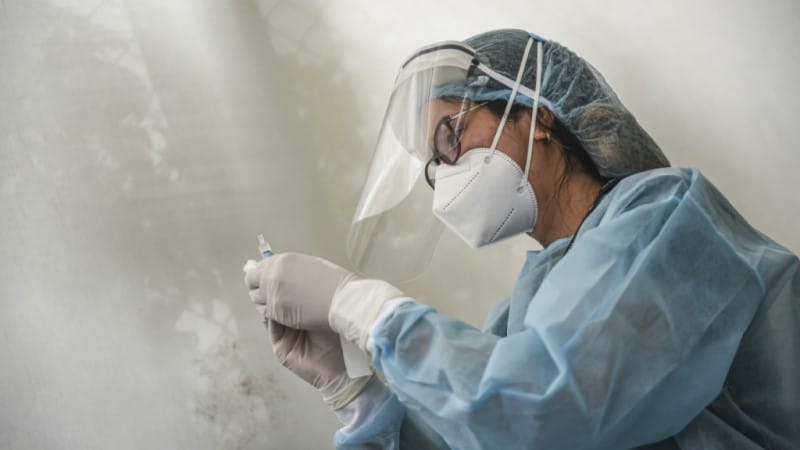 Phase 3 trials of a Sinopharm coronavirus vaccine found it was 79 percent effective, the Chinese pharma giant said Wednesday, lower than rival jabs developed by Pfizer-BioNTech and Moderna but a potential breakthrough in the battle to stem the pandemic in Asia.

China, where the pandemic first emerged, has been racing against the West to develop its own Covid-19 vaccines, with five already in large-scale Phase 3 clinical trials but none officially approved yet.

Wednesday’s announcement was the first data released regarding the efficacy of a Chinese vaccine candidate.

“The protective effect of the (Sinopharm CNBG Beijing) vaccine against Covid-19 is 79.34 percent,” said the Beijing Institute of Biological Products, a Sinopharm subsidiary that has been developing a vaccine with CNBG.

Sinopharm has applied to China’s drug regulator for approval of the inactivated coronavirus vaccine, the statement said, a type of inoculation using particles of the pathogen.

But China has struggled to gain international trust for its vaccine candidates, hindered by a lack of transparency on test results.

It has also been slow to complete Phase 3 trials, which had to be conducted abroad due to China’s success at curbing the spread of Covid-19 within its own borders.

Meanwhile, Western countries have surged ahead with vaccine rollouts and approvals.

Hundreds of millions of doses have been booked from frontrunner candidates by Pfizer-BioNTech and Moderna, which have a 95 percent and 94 percent efficacy rate respectively.

Despite little data and unproven vaccines, more than one million people have already taken unapproved jabs in China under its emergency use program.

China plans to vaccinate millions more this winter in the run-up to Lunar New Year, and officials have vowed to ramp up vaccine production capacity to more than 1 billion doses next year.

Beijing has pledged to share its vaccines at a relatively low cost — a potential boost for poorer Asian countries who are otherwise reliant on limited distribution offered by a global scheme.

That also hands China a diplomatic carrot at a time when it has faced widespread criticism led by the US and Australia over its handling of the initial outbreak.

“We will also give priority to developing countries for vaccines. This will be made through a variety of ways, including through donations and aid,” foreign ministry spokesman Zhao Lijian said Friday.

Its inactivated vaccines are more easily transportable than Pfizer‘s candidate, which must be stored at minus 70 degrees Celsius — impossible in most developing countries.

As a winter wave of virus sweeps across much of the world spurring fresh lockdowns and grim spikes in death tolls, attention has returned to China’s management of the pandemic.

Chinese health authorities this week said data from antibodies circulating in Wuhan suggests the number of cases in the epicentre of the pandemic may be 10 times higher than previously reported.

About 4.4 percent of the city’s 11 million residents had developed antibodies to Covid-19 by April, according to a report by the Chinese Centre for Disease Control, equalling around 480,000 infections.

Beijing has been at pains to retool the pandemic story in its favor, touting the fast reflexes of its Communist leadership in locking down the country and restarting the economy.

China is forecast to be the only major economy to post positive growth this year.

But Beijing has been heavily criticized for closing down discussion and reporting that questions the official narrative.

On Monday a Shanghai court jailed citizen journalist Zhang Zhan for four years for her reporting from Wuhan during the early months of the pandemic.

Outgoing US Secretary of State Mike Pompeo, who has savaged China’s pandemic response, called for her immediate release.

“The Chinese Communist Party has shown once again it will do whatever it takes to silence those who question the party’s official line,” he said.