Streetwear Chinatown Market Will Change Its Name after Backlash 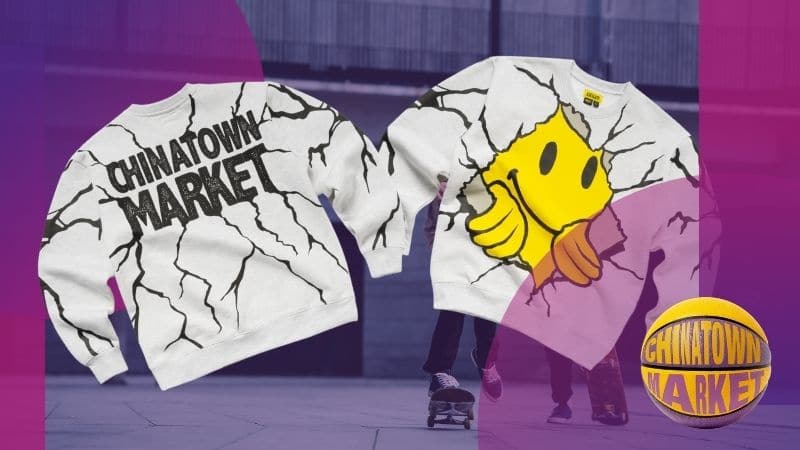 Los Angeles-based streetwear brand Chinatown Market has announced its support to the AAPI community and promised to change its name as a response to the backlash and an online petition demanding the brand to change its branding.

After months of continued backlash, Chinatown Market is finally changing its name. In a recent statement, the LA-based brand founded by Michael Cherman said that the Asian American community rightfully demanded them to “think and act more, especially when it comes to the increase in violence against the AAPI community.”

Chinatown is a streetwear brand that has reached cult level status. The brand was launched in 2016 and has amassed almost a million fans on social media. Chinatown Market centers on tapping into the rebellious spirit of Canal Street in New York, a place where its founder spent his afternoons with his dad as a child.

The backlash against the name is not the first issue faced by Chinatown Market. Its founder was even sued by Frank Ocean for trademark infringement. However, the brand continues to be famous for its bold-colored shirts and instantly recognizable elements such as the iconic Acid House smiley.

What Prompted the Name Change?

In their statement, the brand explained the original inspiration behind their name, saying that it was inspired by the people, shops, and vibrancy of Canal Street and Chinatown. They also acknowledged that it was not theirs to use.

“We did not do enough to consider what this name would mean to the communities in Chinatowns across the world and we need to take ownership of this mistake. It’s time to do the right thing and we are committed to being a part of the change,” they shared.

The brand said that the announcement is just the beginning, and their new name will be announced soon.

“As a brand, we’ve always moved through action in any platform we occupy, with the goal of connecting with our communities. To keep doing that, we must no longer be called Chinatown Market. We will be announcing our new name in the coming months.”

Earlier this month, a petition on Change.org became viral, calling for Chinatown Market to change its name.

The petition started by Julian Han Bush has gathered thousands of support before the brand released its statement. According to the petition, “the concept of Chinatown is not for sale, especially not by a white person who only uses the word Chinatown as a synonym for bootleg.”

The petition also argued that it is an act of cultural theft done by a white person, who profits off people such as Alicia Keys, Lebron James, and other A-list artists wearing their clothing.

Diet_Prada on Instagram also argued that for a brand that claims its roots in Chinatown, they have done little to support the community in a time where there was a surge of xenophobia and violence.

“Their first post acknowledging anti-Asian hate was posted 2 days after the Atlanta shootings. While it featured a list of AAPI charities to support, there was no acknowledgment of the shooting or the victims, 6 of 8 who were Asian women,” shared diet_prada on a viral Instagram post, adding that the same day, they released a “Stop Asian Hate” merch.

Chinatown Market was criticized for not donating enough money to the cause considering their yearly profits from culturally appropriating the image of Chinatown.

A New Start for the Brand

Thankfully, the brand addressed the rise of racism towards Asian people in the US in their recent statement.

“We are deeply saddened and horrified by the increase in racist attacks and violence on the AAPI community. We encourage everyone in our community to be a part of this change with us. The hate, racism, and violence directed at the Asian community has to be stopped.”

Over 50 percent of the brand’s staff are people of color, and 30 percent are members of the AAPI community. Around 60 percent of its leadership team is also AAPI.