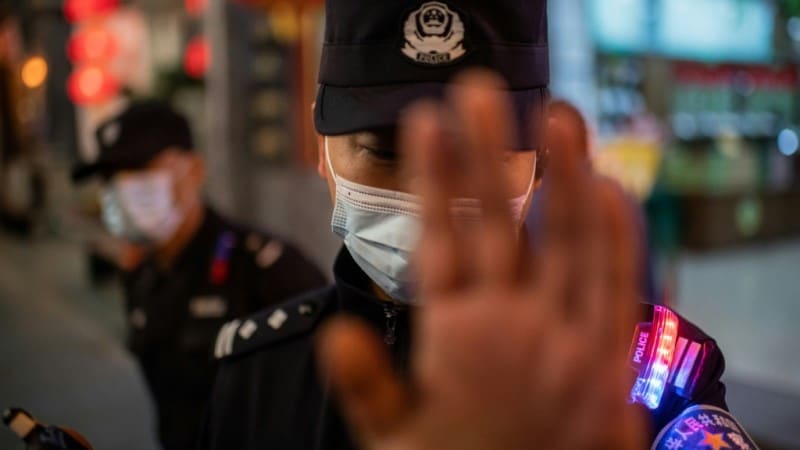 Since the virus emerged in 2019, China has charged thousands of people with crimes related to the pandemic

The gang had been putting saline water into vials and selling them as Covid-19 vaccines in an operation that had been running since last September, according to Xinhua news agency.

Police swooped on several locations across Beijing and multiple cities in the eastern provinces of Jiangsu and Shandong, seizing “more than 3,000 fake Covid-19 vaccines on the spot,” Xinhua said.

It has not been made public how many vaccines were sold, but police have traced where the vaccines ended up, it said.

China has been racing to develop homegrown jabs and aims to vaccinate 50 million people before the start of the Lunar New Year in mid-February.

The holiday normally spurs a travel rush with hundreds of millions traversing the country — though authorities are encouraging people to stay home this year through a mixture of restrictions and incentives.

As China ramps up its vaccine campaign, authorities have repeatedly assured the public of the jab’s safety and efficacy, despite not releasing any detailed clinical trial data.

State-owned firm Sinopharm‘s vaccine was approved by Chinese regulators for general use in December.

Since the virus emerged in 2019, China has charged thousands of people with crimes related to the pandemic, including spreading “rumors”, concealing an infection and not complying with guidelines.

The country is also no stranger to vaccine scandals.

In 2018, leading vaccine manufacturer Changsheng Bio-Technology was fined $1.3 billion after regulators discovered its vaccines were substandard, which hugely damaged public trust in vaccines at the time.