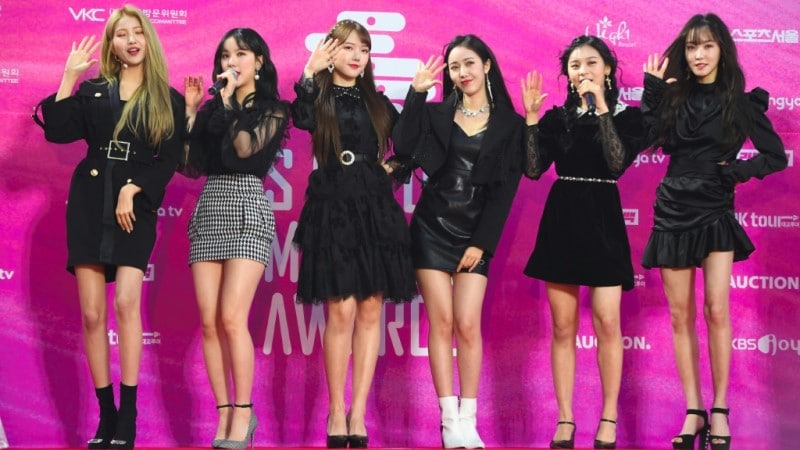 The managers of K-pop girl band GFriend issued an apology after leader Sowon was pictured hugging a mannequin dressed in a Nazi-era German army uniform.

Images taken during a video shoot at a European-themed cafe in Paju, north of Seoul, showed the 25-year-old embracing the dummy, her eyes closed and with a dreamy smile.

The photos triggered outrage online after she posted them over the weekend.

“It’s not difficult to avoid situations like this,” said one Twitter poster. “Some issues are too broad to be ignorant (of).”

Both Sowon and Source Music have yet to respondhttps://t.co/NhUp1IyxfY

Sowon deleted the photos “right after she learnt of the implications” of her action and felt “heavy responsibility”, her agency Source Music said.

The managers added they had “failed to recognise the issue with the mannequin’s uniform”.

“We apologise that we didn’t pay enough attention to historical facts and social issues,” they said in a statement on Monday.

“We bow our heads in apology for anyone offended by our contents.”

Six-member GFriend made their debut in 2015 and have enjoyed several years’ success in the cut-throat K-pop industry, releasing three studio albums.

The owner of the cafe where the photos were taken, a military history buff who declined to be identified by name, told AFP the uniform was that of “a second lieutenant in a German army tank unit during World War II”.

The display was not “intended to glorify National Socialism”, he added, but was part of his research for a book on the history of military uniforms.

“I also have mannequins dressed in uniforms for the Allied Forces in World War II on show, including the US and UK,” he said.

Awareness of Europe’s World War II atrocities can be limited in Asia, where Nazi iconography is sometimes displayed in ignorance of what it symbolises.

This is not the first time a K-pop group has garnered criticism over the use of Nazi-era items.

"We deeply apologize for causing controversy with the video behind the comeback show VCR of our artist, GFriend, and the photo uploaded by member Sowon." pic.twitter.com/R36CToM5Ou

Source Music is a subsidiary of Big Hit Entertainment, the management agency of global megastars BTS, who were embroiled in controversy in 2018 as images circulated of a concert where the septet wore uniforms and waved flags that critics said recalled Nazi symbols.

Band leader RM was also pictured in a cap bearing an SS Death’s Head logo in a 2014 photoshoot.

The SS played a key role in the Nazi mass murder of six million Jews during the Holocaust and a prominent Jewish human rights group accused the band of “mocking the past”.

At the time, Big Hit issued an extensive, 1,000-word statement in Korean, English and Japanese, repeatedly offering its “sincerest apologies”.