Airport Echoes with Sobs and Farewells in Hong Kong Exodus 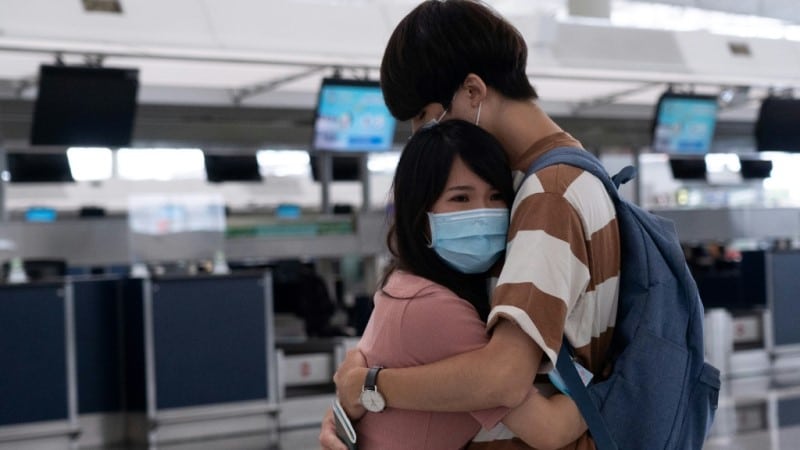 Hong Kong has witnessed similar scenes before, especially after Beijing’s deadly 1989 Tiananmen Square crackdown and as the 1997 handover approached

London flights tend to leave in the afternoon and late evening, and for a few hours it briefly feels like the pandemic no longer exists as the airport comes to life.

Check-in desks fill up with crowds of passengers wheeling as much luggage as their tickets will permit.

Accompanied by the loved ones they leave behind, the scenes are emotionally charged and shadowed by a palpable pall of sorrow. 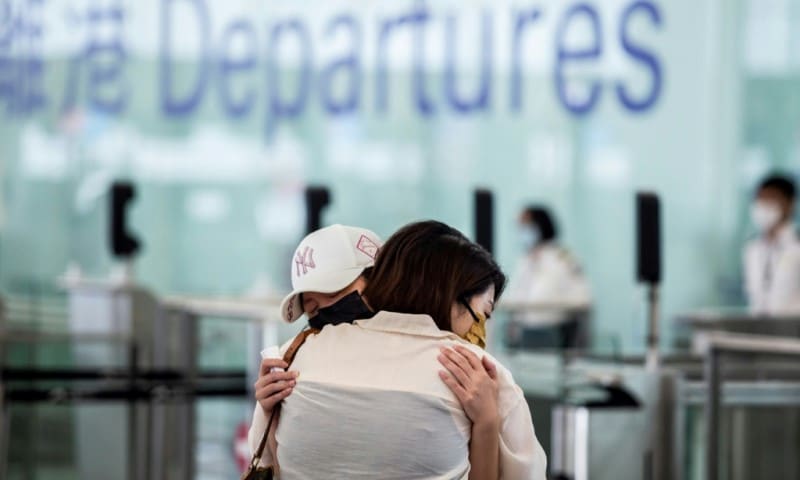 One family has brought along their favorite rice cooker, another a taste of home in the form of local shrimp noodles.

Some take a moment to pray, others pose for a final group photo or share gifts. An elderly lady hands her departing grandchildren traditional good luck red envelopes containing money.

Most of those leaving pause for a final hug before passing through the departure gates, the sound of sobbing continuing long after they have disappeared from view. 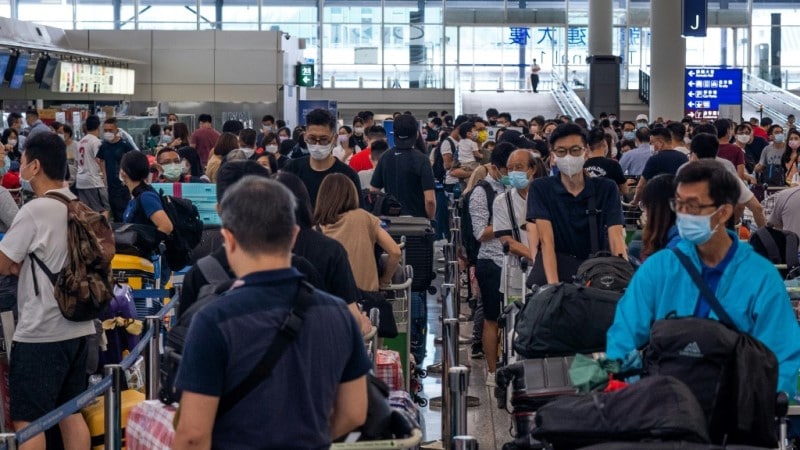 The Situation has Deteriorated

Then came a new national security law which China imposed on Hong Kong to snuff out dissent.

“It will be a big change for me, quitting my job and starting anew in a foreign place,” he told AFP.

“I will miss Hong Kong a lot, but the situation has deteriorated too fast so I have to go.”

Hong Kong’s government does not keep statistics on how many residents permanently leave but anecdotal evidence shows that an exodus is under way. 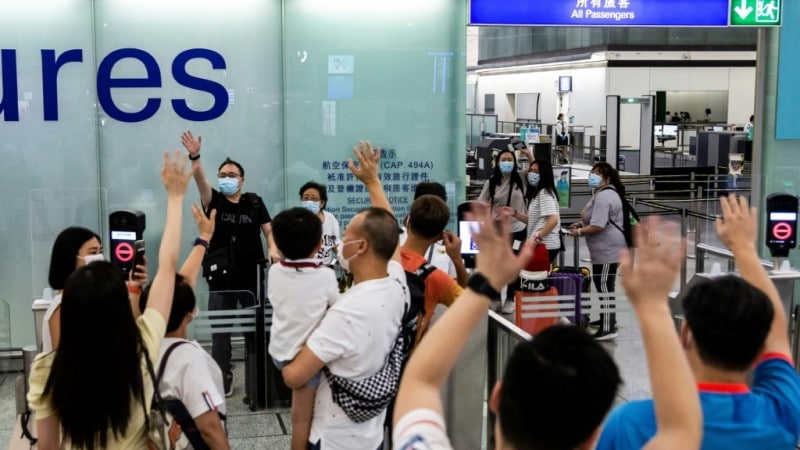 Around 1,500 Hong Kongers on average were leaving via the airport each day in July, up from around 800 for the first half of the year and despite the pandemic throttling international travel

The net outflow of residents has steadily increased as this year has progressed and spiked in recent weeks, according to immigration figures.

Around 1,500 Hong Kongers on average were leaving via the airport each day in July, up from around 800 for the first half of the year and despite the pandemic throttling international travel.

Many are taking advantage of an offer by Hong Kong’s former colonial overlord Britain allowing those with BNO passports and their relatives to settle there.

Britain expects some 300,000 Hong Kongers to move there over the next three years, including as many as 150,000 this year alone — a higher departure rate than the years leading up to the city’s 1997 handover to China. 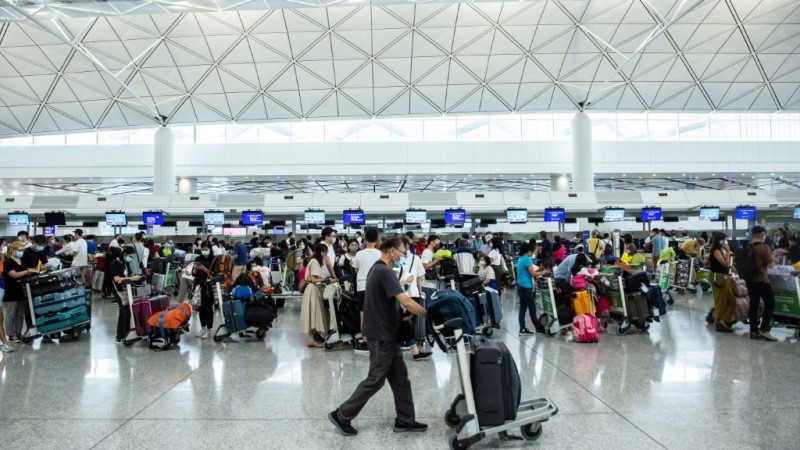 Britain expects some 300,000 Hong Kongers to move there over the next three years, including as many as 150,000 this year alone

London estimates they will bring an estimated “net benefit” of up to £2.9 billion ($4 billion).

Applications for BNO passports have soared and withdrawals from the city’s mandatory pension fund have also reached record highs.

Hong Kong’s government has brushed off the departures.

“For those who have decided to leave, that is their own personal choice,” chief executive Carrie Lam said recently, adding the city’s future was “very bright”.

Should I Leave Too?

Hong Kong has witnessed similar scenes before, especially after Beijing’s deadly 1989 Tiananmen Square crackdown and as the handover approached.

Many became “astronaut” families where one parent would remain in Hong Kong. When their worst fears under Beijing’s rule weren’t realized, families returned.

But China is now recasting Hong Kong in its own authoritarian image at a whirlwind pace and it is not clear whether those leaving this time will return.

A 45-year-old school teacher, who gave his surname Ho, was among those leaving for the UK with his two young sons.

He said he feared Chinese mainland-style education was now being forced on Hong Kong.

“I have to design quizzes on the national security law… for my students,” he told AFP.

“If my kids continue to go to school here then they will be brainwashed.”

Earlier this week a group of secondary school principals wrote an open letter to Carrie Lam warning that they were losing talented teachers and administrators.

“Seriously listen to Hong Kong people to find out why they are leaving,” they wrote.

A housewife, who gave her surname Lee, said her decision to relocate with her nine-year-old daughter and 12-year-old son was not just based on education fears.

“Many injustices happened here,” she said. “The social atmosphere, the news you read every day is just too depressing. It’s exhausting.”

A 27-year-old IT worker who gave his first name Kin came to the airport to wave off a high school friend.

“I feel sad because one of my dearest friends is leaving but I’m also relieved because at least he can breathe the free air,” he told AFP.

“It makes me think more about whether I should leave too,” he added.