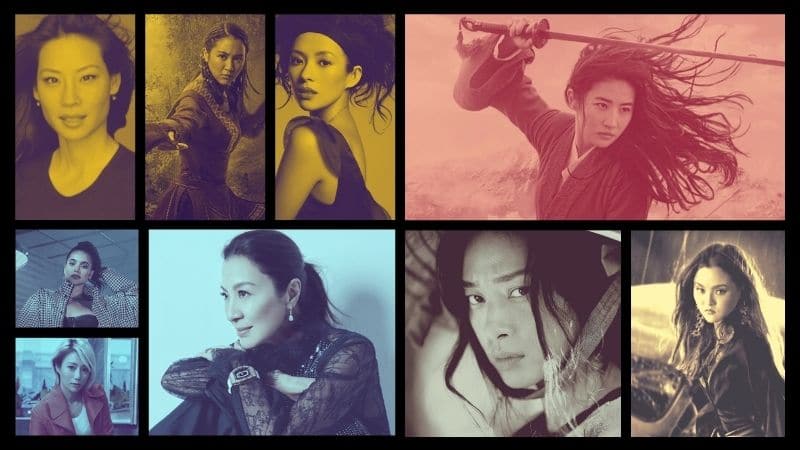 Asian cinema has cultivated countless versatile actresses that take on heavy or romantic roles like it’s the easiest thing to do. But did you know there are also Asian stars that can whip out a sword like it’s no big deal? Here are the most badass actresses in Asia.

Not too long ago, women were only used in cinema as a single-faceted love interest and plus-one of their male counterparts. Fortunately, times have changed. There has been a dramatic increase in films that showcase actresses for their skill, and not for their curves.

We’ve compiled a list of our favorite Asian female action stars to honor them and their dedication to their craft.

It’s impossible to talk about Asian actresses without mentioning Zhang Ziyi. Don’t be fooled by her innocent looks; the Chinese actress can save her life without the help of a man. Having starred in iconic Asian action films such as Crouching Tiger, Hidden Dragon and House of Flying Daggers, she has cemented her status as one of Asia’s leading female action stars. She even made an appearance in Rush Hour 2, and played Gong Er in The Grandmaster.

Although Ziyi still does projects outside action, her portrayal of strong women leaves a mark among her fans and moviegoers. Ziyi has a new movie titled The Climbers, which is based on the fifth assault of the China Event Climbing Commando.

A couple of years ago, you’ve probably not heard of Liu Yifei. But after the Mulan trailer was released, this Asian action star has become a household name. Yifei reigned supreme among thousands of actresses who auditioned for the coveted Disney role.

A native of Hubei, China, she started acting at 15 years old and has starred in tons of action flicks including The Four 3, and Lawless Kingdom. However, her portrayal as Golden Sparrow in Forbidden Kingdom alongside Jet Li and Jackie Chan where she showed her skills in martial art catapulted her to fame.

Also known by her American name Crystal Liu, she usually takes on the role of a sword-fighting heroine who can effortlessly beat up bad guys. Everyone is definitely excited to see her slay her portrayal of Mulan when it opens in cinemas in 2020.

The ultimate Asian bad girl, Devon Aoki is a force to be reckoned with. Rihanna even channeled her drag racer Fast and Furious character, complete with hip-hugging shiny pants and hot pink boots during her Fenty Beauty campaign launch.

Devon Aoki is not only an action diva, she is also a muse to several designers and is considered a darling of the fashion industry. Aoki did not end her Hollywood takeover with Fast & Furious. She also became a star of Death of a Dynasty, DOA: Dead or Alive, and Sin City, among many other action movies. Unfortunately, it looks like she won’t be participating in any action flicks soon.

Since the global success of Crazy, Rich, Asians, Hollywood has been noticing the potential of Asian-led movies. One of the best action flicks centered on family and revenge, Furie starring Veronica Ngo is a film that would have you at the edge of your seat.

In the movie, Ngo, who has also starred in Star Wars: The Last Jedi, takes the role of a debt collector living in Vietnam who left her problematic past in Saigon to give her daughter a better life. When gang members she used to deal with seek revenge, she shows intense martial arts prowess to save her daughter. The Vietnamese actress is set to star in Da 5 Bloods, and The Old Guard in the next couple of years.

Who can ever forget Lucy Liu’s iconic performance in Charlie’s Angels? One of the actresses that fought against the lack of diversity in Hollywood cinema, the American- Asian celebrity has become a superstar in her own right.

The best thing about Lucy Liu is she can not only be a brilliant hero; the chameleon can also take on strong villain roles. Aside from starring in Charlie’s Angels as Alex Munday, she also took the role of O-Ren Ishii, the perfect anti-hero in Kill Bill.

Now, you can see her great performance on Why Women Kill, a comedy-drama centered on three women who live in different decades. Although it won’t be an action flick, it’s still something to watch out for.

Child stars don’t usually fit the mold of traditional action leads. However, Sherina Munaf of Indonesia totally revamped her image when she came back to the big screen after taking a break in 2000. The Indonesian actress stars as a Jungle warrior in the hit film Wiro Sableng, an action-comedy. Before she took the role, she had to master Silat, an ancient form of martial arts.

She also had to learn how to use needles and an extendable shawl — her character’s weapons. Adjusting wasn’t too hard for the celebrity since she was already well-versed in Taekwondo and Wushu.

The young actress’ first foray into show business in decades was well-received by local and international audiences. It was even part of several international festivals including the Far East Film Festival in Udine, Italy.

The controversial drug war in the Philippines has become a favorite topic of local filmmakers in the country. However, everyone was shocked when one of the biggest Filipino stars, Anne Curtis, veered away from her usual sweet roles to star in Buy Bust, an action-packed film directed by Eric Matti.

Curtis played a Philippine Drug Enforcement Agency agent who has a key role in a drug den raid. To prepare for her role, Curtis underwent a 6-month training where she learned about guns and martial arts. She said the training was so challenging she even threw up. While future action movies may not be in sight for the actress, her splendid performance in Buy Bust is worth checking out.

For others, she’s known for her recent role as Eleanor Young, the disapproving mother of Nick Young in Crazy Rich Asians. However, she had already established her name long before the blockbuster hit was released as one of the first and most successful action stars in Hong Kong.

Michelle Yeoh starred in Crouching Tiger, Hidden Dragon alongside Zhang Ziyi. Her start in action films started when she won the Miss Malaysia beauty content, which opened up work opportunities in Hong Kong.

She was part of films such as Holy Weapon, Yes, Madam, and Guardians of the Galaxy Vol. 2. Yeoh is set to star in the next Avatar sequels, Gunpowder Milkshake, and Blazing Samurai.

One of the most impressive Asian female action stars today, Juju Chan already has a lot of achievements under her belt. Having starred in Crouching Tiger, Hidden Dragon: Swords of Destiny, the martial artist has perfected playing femme-fatale characters.

Juju Chan is set to star in martial arts thriller Jiu Jitsu alongside Nicholas Cage, Tony Jaa, and other big names in the industry. Fans can also see her in Netflix’s new supernatural martial arts drama, Wu Assassins where she takes the role of Zan, a villainous elite martial artist and lieutenant in the Triads, who serves as the bodyguard and confidant of Uncle Six. You better watch out for this celebrity since she is now being dubbed as the female Bruce Lee.

Gone are the days when the only Asian action stars people know are Jet Li and Jackie Chan. Now, actresses fully embody a fierce, courageous, and ferocious characters that you wouldn’t want to mess with. Who is your favorite Asian action star? Let us know in the comments below.