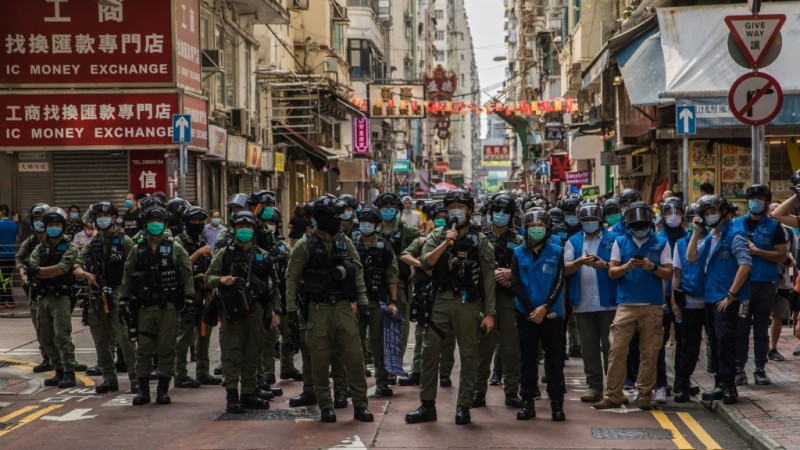 Nearly 300 people were arrested by Hong Kong police on Sunday as riot officers swooped on democracy protesters opposed to the postponement of local elections.

Sunday was meant to be voting day for the city’s partially elected legislature, one of the few instances where Hong Kongers get to cast ballots.

But the city’s pro-Beijing leader Carrie Lam suspended the polls for a year — citing the coronavirus — angering the pro-democracy opposition who had been hoping to capitalize on seething anti-government sentiment.

Hundreds of riot police flooded the district of Kowloon in a bid to thwart online calls for flash mob protests to mark the suspended vote. 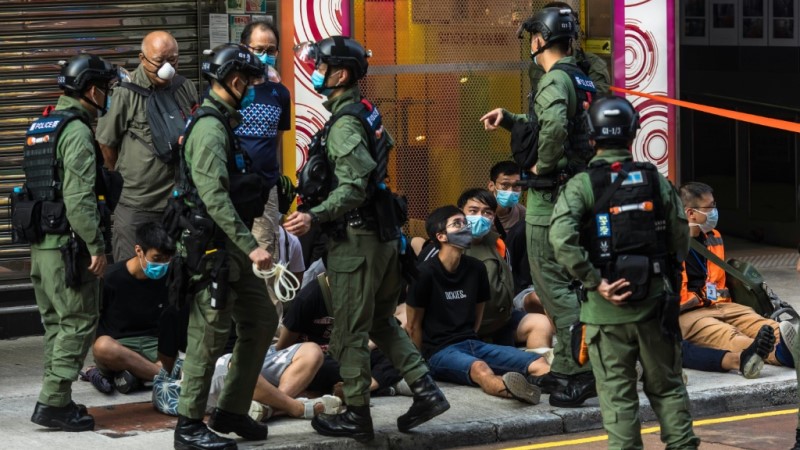 Throughout the afternoon officers were heckled by people shouting slogans such as “Give me back my vote!” and “Corrupt cops!” as officers conducted multiple stop and searches and ordered crowds to disperse.

In a Facebook statement, police said at least 289 people were arrested, mostly for unlawful assembly.

One woman was detained under a new security law Beijing imposed on the city for chanting independence slogans, the force added.

Tam is the latest in a long line of government critics to find themselves facing prosecution in recent months for their involvement in protests.

When they announced the arrest on Sunday morning, police did not explain what Tam may have said that was considered seditious.

Beijing’s Liaison Office in Hong Kong called the protest organisers “heartless”, with a spokesperson adding: “there is zero tolerance for any act that violates the national security law“.

The office also vowed that “we will absolutely not allow Hong Kong to be chaotic again”.

The territory’s government condemned the protesters’ “unlawful and selfish acts” in a statement issued on Sunday evening. 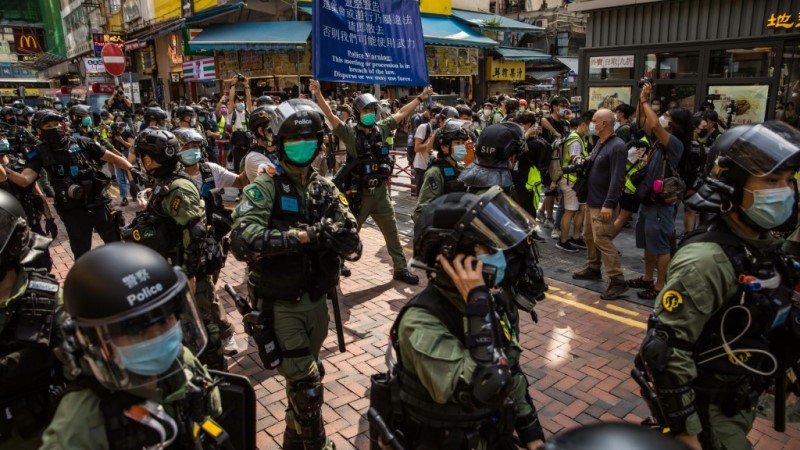 “The first priority for Hong Kong currently is to unite as one and fight the virus together with concentrated resources,” a government spokesperson said.

Beijing has initiated a widespread crackdown against its critics in Hong Kong after the financial hub was rocked by seven straight months of huge and often violent pro-democracy protests last year.

Rallies have been all but outlawed this year with authorities citing both security concerns and wielding emergency anti-coronavirus laws to ban public gatherings.

In late June, Beijing also imposed its new security law, which bans anything authorities perceive to be secession, subversion, terrorism and collusion with foreign forces. 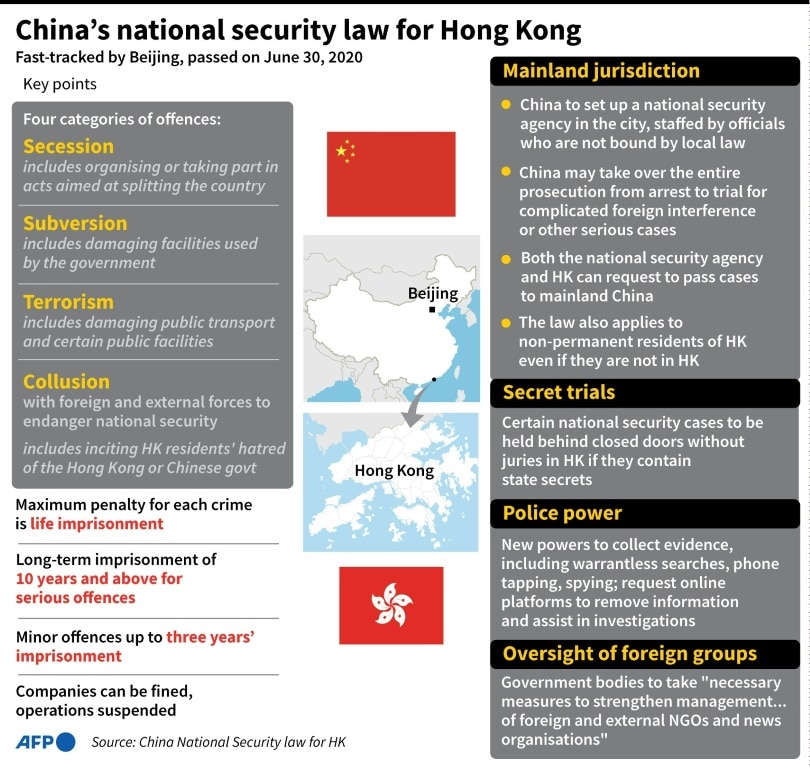 At least 22 people have been arrested under the new law since it came into effect, sending a chill through the city.

On Friday, UN rights experts warned the broadly worded provisions in the legislation posed a serious threat to political freedoms and the right to protest.

Under a deal agreed with Britain ahead of the 1997 handover, authoritarian China agreed to let Hong Kong keep certain liberties and autonomy for 50 years.

Critics say that deal has been demolished by the security law and the increasingly intense crackdown on the city’s democracy supporters.

Beijing denies freedoms are being eroded and portrays the anti-government protests as a western-backed plot to destabalize the mainland.