Hong Kong Businesses Scramble to Comply ‘Made in China’ Label 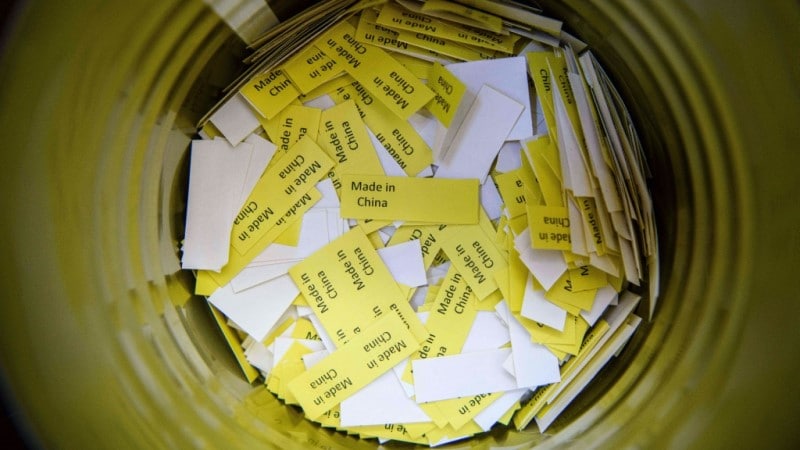 At the Koon Chun Sauce Factory workers are scrambling to cover hundreds of thousands of bottles with new “Made in China” labels as the popular Hong Kong brand falls victim to spiraling diplomatic tensions.

Founded nearly a century ago, the family-owned factory has survived a world war, multiple economic crises and the slow withering of Hong Kong’s manufacturing base as companies looked for cheaper labor in mainland China.

It remains one of the financial hub’s most enduring brands, churning out culinary staples such as soy, hoisin and oyster sauces found in Chinese restaurants and kitchens around the world.

But from November it can no longer place the words “Made in Hong Kong” on any products exported to the United States — part of Washington’s response to Beijing imposing a tough new security law on the restless city. 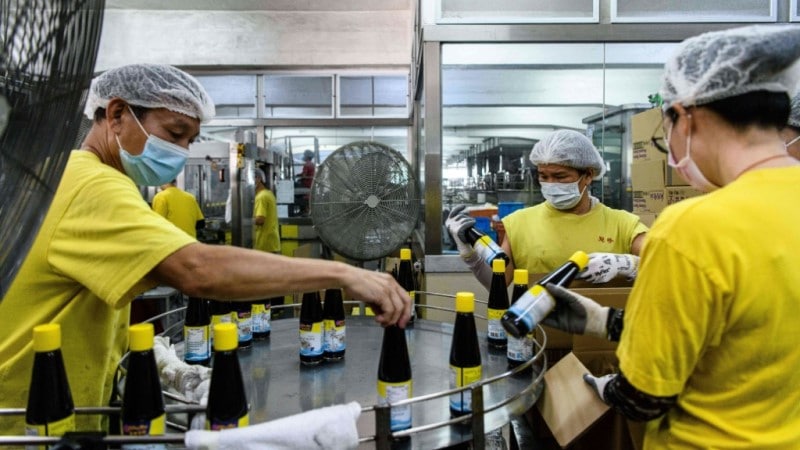 The new rules, announced by US Customs in July, came just two days before a Koon Chun shipment of 1,300 boxes was about to set sail for Atlanta.

The factory suddenly had to re-label the entire shipment and all other cargo the firm planned to ship to the US this summer.

“It was a mission impossible,” Daniel Chan told AFP from the factory his great-grandfather founded in 1928.

Both Beijing and local authorities said it would have no impact on businesses and would restore stability. 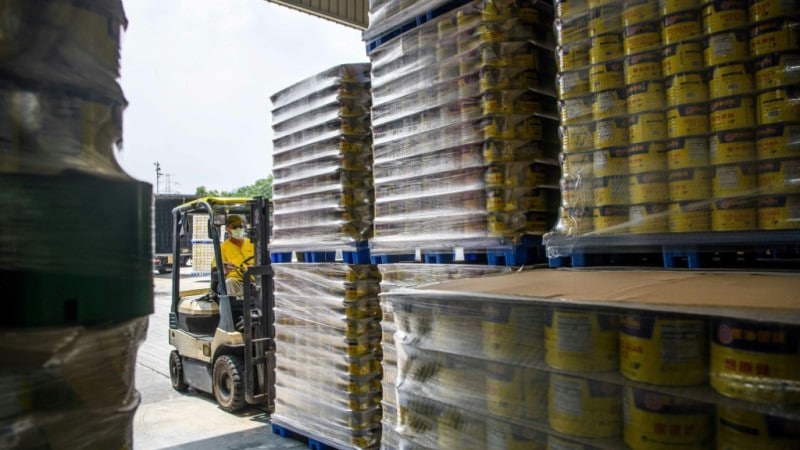 But economic consequences have rippled through the recession-hit hub as authorities use the new powers to pursue political opponents.

Rattled tech firms have declined to share data with local police while some companies and universities are struggling to attract international talent.

Banks have found themselves caught in an impossible situation.

The US has sanctioned key Chinese and Hong Kong officials in response to the law. But that same security law also forbids companies from complying with any foreign sanctions regime.

Another victim has been the “Made in Hong Kong” brand, a label that companies can place on products made exclusively in the city.

Donald Trump has turned increasingly hawkish towards China as he seeks re-election, and the crackdown on democracy supporters in Hong Kong has given him fresh ammunition.

This summer his administration declared Hong Kong no longer sufficiently autonomous to justify special trading status. Instead it would be treated like any other Chinese city.

Chan, who studied at Harvard in the US, said he expected the political landscape would shift in Hong Kong. But he never thought it would come so fast.

“I envisioned something closer to 2047, when Hong Kong is officially without One Country Two Systems,” Chan said, referring to the China promise to let Hong Kong keep key liberties and autonomy for 50 years after the 1997 handover from Britain.

The past few weeks have been a blur of activity at the sauce factory as its 90 employees try to adjust to the new reality.

On top of the stop-gap stickers, new labels are being drawn up for US exports — the large “Made in Hong Kong” lettering replaced with a much smaller “Made in China” declaration.

Much time has been spent rearranging storage for now-delayed cargo shipments.

Companies were given a reprieve when Hong Kong’s commerce minister Edward Yau said Washington had postponed the label rule until early November, after the presidential election.

“This buys us a little bit of time,” Chan said.

But he described it as “a short-term solution to this whole politically inspired fiasco”.

Yau has slammed the labeling change and threatened to take the US to the World Trade Organization.

He also stressed that Hong Kong-made shipments to the US were worth just HK$3.7 billion ($480 million) in 2019, less than 0.1 percent of the city’s gross exports.

But that is little consolation for Chan who says around half his products go to the US, where the brand is especially popular with the large Chinese diaspora in North America.

“I would say we are the only company which is only based in Hong Kong and still doing this kind of mass production and shipping it to US,” he said.