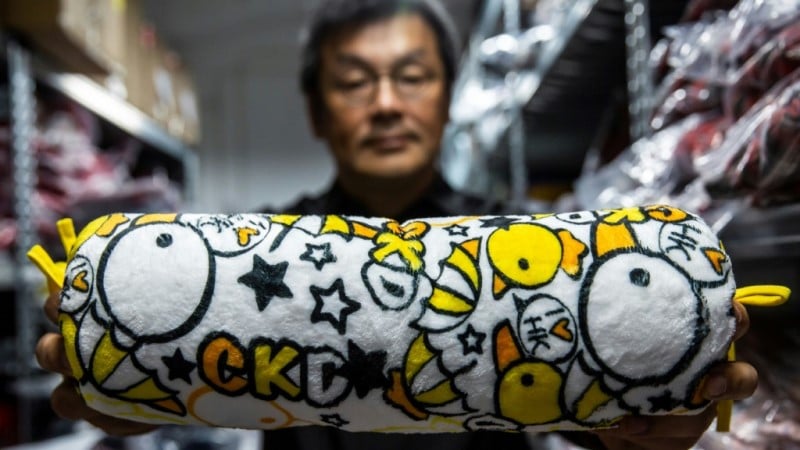 Cute cartoon animals have been at the heart of Hong Kong clothing brand Chickeeduck since 1990, but owner Herbert Chow is struggling to get his designs made

Cute cartoon animals have been at the heart of Hong Kong clothing brand Chickeeduck since 1990, displayed on everything from t-shirts and tote bags to baby rompers and pillows.

But owner Herbert Chow is now struggling to get his designs made in China, where his avian characters have been seized by authorities for “advocating violence”.

Chow, 57, was preparing for the Lunar New Year shopping season earlier this year when he was informed that a shipment of some 10,000 Chickeeduck items had been seized in mainland China. 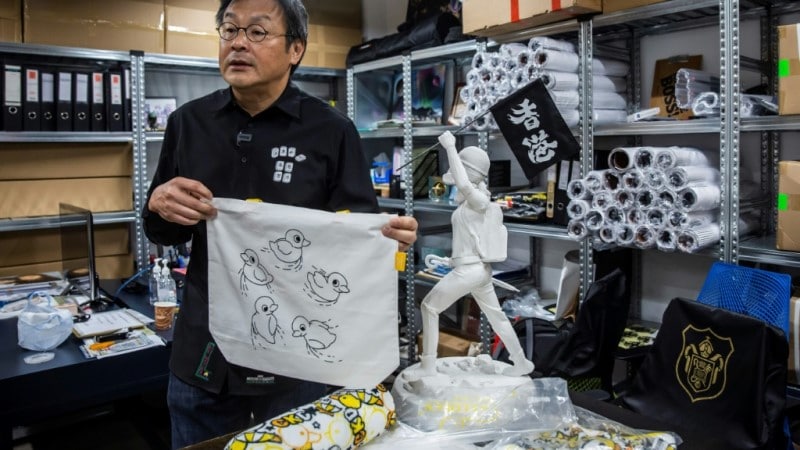 Chow makes no secret of his messaging — the tote bag, for example, carries a referemce to popular Hong Kong protest slogan “Five demands, not one less”

At first glance, the contraband cartoons might seem innocuous.

They included cushions with yellow birds holding umbrellas alongside “I love HK” speech bubbles, and canvas bags featuring five ducklings swimming on one side and a flag-bearing chicken on the other.

But for those who know Hong Kong’s recent tumultuous politics, the designs are a clear nod to the city’s democracy movement, which is now being swept away by China’s crackdown on dissent.

Chow makes no secret of his messaging.

The tote bag, for example, was a reference to the popular protest slogan “Five demands, not one less”.

But he says he is baffled that such designs would be deemed illegal.

“I don’t see what’s wrong with the message,” he said. “I don’t know what business the Chinese authorities have in trying to stop something like this from going to Hong Kong.”

Chow’s predicament illustrates how much the landscape has changed in semi-autonomous Hong Kong since 2019’s huge and often violent pro-democracy protests.

Certain speech and views can instantly land people — and businesses — in hot water.

As Chow was speaking with AFP, Hong Kong’s Customs Department held a press conference to announce the seizure of nearly 9,000 items from Abouthai, a grocery chain.

Abouthai was founded by Mike Lam, a pro-democracy businessman who is one of dozens charged under a new national security law that Beijing imposed on Hong Kong last year.

The Customs Department said the raid on Abouthai was not political and it rejected “any false accusation maliciously alleging that its law enforcement action against the trader is ‘repression’.” 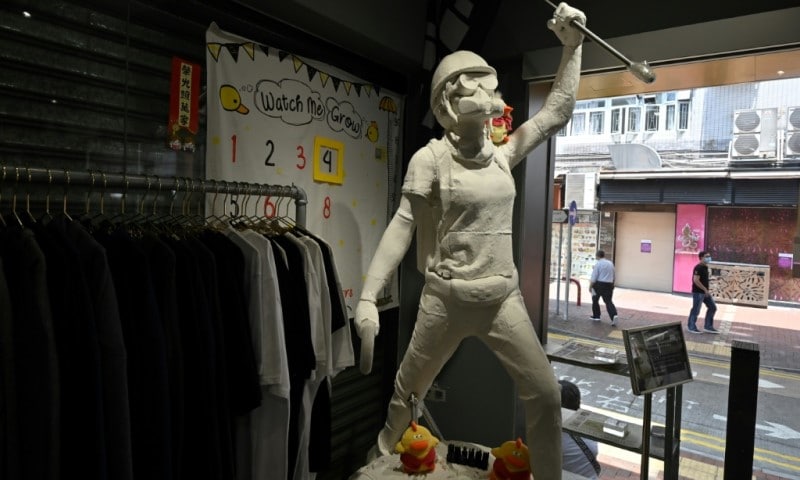 After expressing some sympathy for the pro-democracy movement’s goals, Chow found himself accused of being a “traitor” by a powerful ultranationalist user on Weibo

Chow was born into a family that migrated to Hong Kong from the mainland’s Fujian province. He identifies as “Hong Kong Chinese” and sees himself as a moderate democracy supporter.

He drives a car with the license plate “LV1997” (Love 1997), commemorating the moment Hong Kong was handed to China by Britain.

What Hong Kongers want, he argues, is a greater say in how their lives are run.

But China’s response has been to go the other way.

As well as the national security law, Beijing has spearheaded a campaign — dubbed “staunch patriots running Hong Kong” — to root out dissent across society. 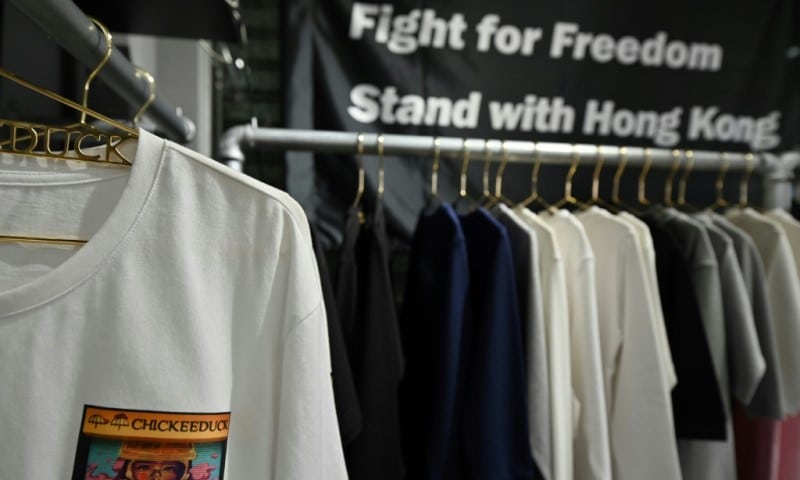 As well as the national security law, Beijing has spearheaded a campaign — dubbed “staunch patriots running Hong Kong” — to root out dissent across society

Chow was not initially that involved in politics. But that changed when huge protests erupted in 2019.

After expressing some sympathy for the movement’s goals he found himself accused of being a “traitor” by a powerful ultranationalist user on Weibo, the Chinese version of Twitter.

From there it snowballed.

“That was the first time I felt like, what is this country?” he recalled.

Rather than back down — like so many other businesses — he doubled down.

Last year he made headlines for refusing to remove a protester statue from one of his stores and the mall responded by not renewing his contract.

He says he is now scrambling to find manufacturers in Southeast Asia willing to make his designs after his Chinese mainland partner warned all new orders must now be vetted by authorities.

“If I give him another design, he’ll say, wait a minute, I’m going to send this to the Public Security Department,” he said.

Chow is adamant his designs are not illegal and says he has no plans to remove them from his remaining four stores.

“We want the Hong Kong people not to get used to ridiculous things,” he said.