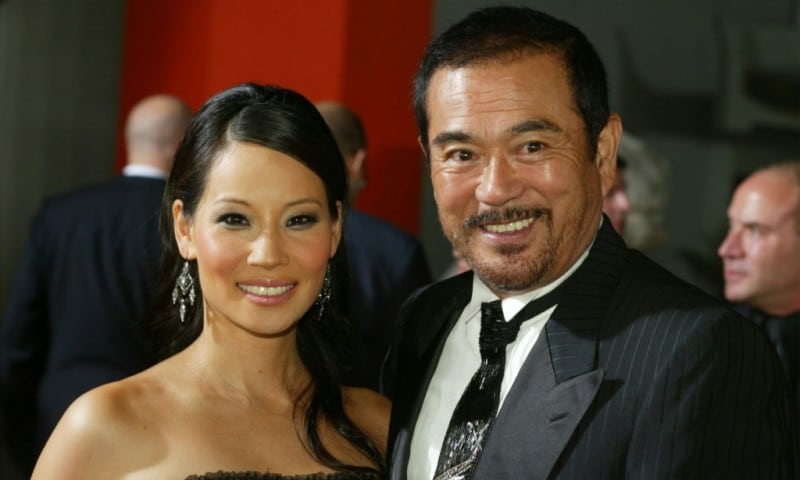 Sonny Chiba, seen here with actress Lucy Liu at the premiere of “Kill Bill Volume 1” has died of complications from Covid-19

Sonny Chiba, a Japanese martial arts expert and actor who appeared in Quentin Tarantino’s “Kill Bill,” has died from Covid-19 complications, his agent said Thursday. He was 82.

“Such tragic news. He was a great friend and an awesome client. Such a humble, caring and friendly man.”

Born Sadaho Maeda in 1939 in Fukuoka, in the southwest of Japan, Chiba studied martial arts throughout the 1960s, becoming a particular expert in karate.

His skills landed him numerous roles in Japanese films and television series, including with the influential Toei studio, who recruited him in a competition for new talent.

In the wake of Bruce Lee‘s worldwide success, Chiba made a name for himself outside Japan as an ultra-violent henchman in “The Street Fighter” trilogy.

That performance left an impression on a youthful Tarantino, who would later cast him to play samurai-turned-sushi-chef Hattori Hanzo, who forges a sword to help Uma Thurman in her quest for revenge in “Kill Bill.”

Beal said Chiba had been due to work on “Outbreak Z,” a zombie movie starring Wesley Snipes.