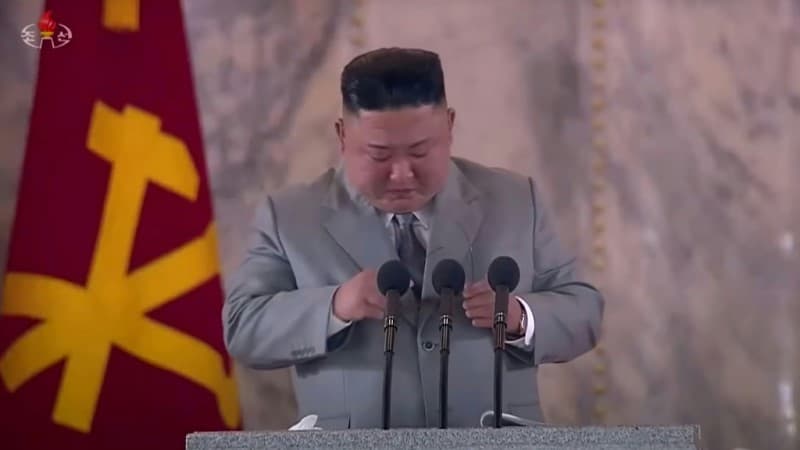 Kim Jong Un is offering the world a different image: emotional and apologetic

Often seen grinning at a missile launch or in command of lengthy official meetings, North Korean leader Kim Jong Un has offered a glimpse of a different image: emotional and apologetic.

At a weekend military parade where he showed off Pyongyang’s latest and largest intercontinental ballistic missiles, Kim’s voice trembled momentarily as he spoke of “tears of gratitude” for his people’s efforts.

He repeatedly and effusively thanked the citizens and military for their loyalty and for remaining healthy in the face of the global coronavirus epidemic, which he insisted had not caused a single case in the North.

That has come at a price: Kim closed his impoverished country’s borders in January to stop the virus, a move which analysts say has exacerbated the effects of international sanctions imposed over the North’s banned weapons programs. 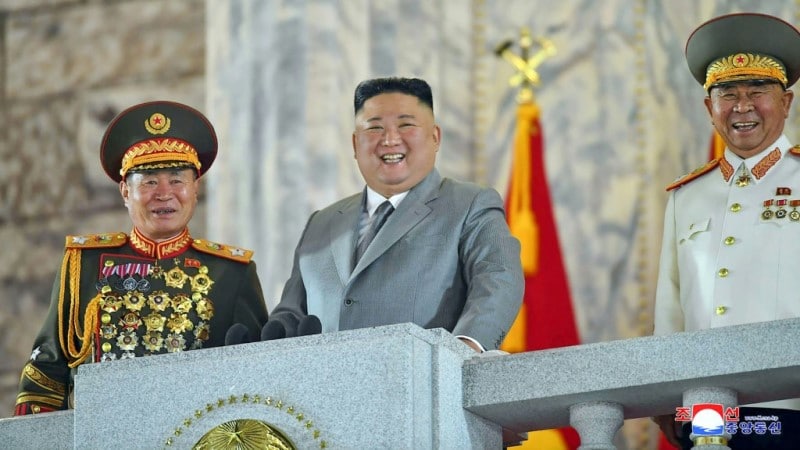 The camera cut away after Kim lauded volunteers who helped with disaster recovery efforts, returning to show him laying down a handkerchief and putting his glasses back on, as if he had been wiping his eyes.

At one point he went as far as apologizing for failing to meet expectations: “Our people have placed trust, as high as sky and as deep as sea, on me, but I have failed to always live up to it satisfactorily,” he said.

“I am really sorry for that,” he went on, according to the transcript by the official KCNA news agency.

It was his second apology of recent weeks: according to Seoul’s presidential Blue House, the North’s ruling party told it in September that Kim was “very sorry” over the killing of a South Korean in Pyongyang’s waters.

And at the weekend parade, Kim also pledged to his citizens to do better.

“I solemnly swear once again in this place that I will live up to the people’s trust without fail even if my body is torn and crushed to pieces,” he said. 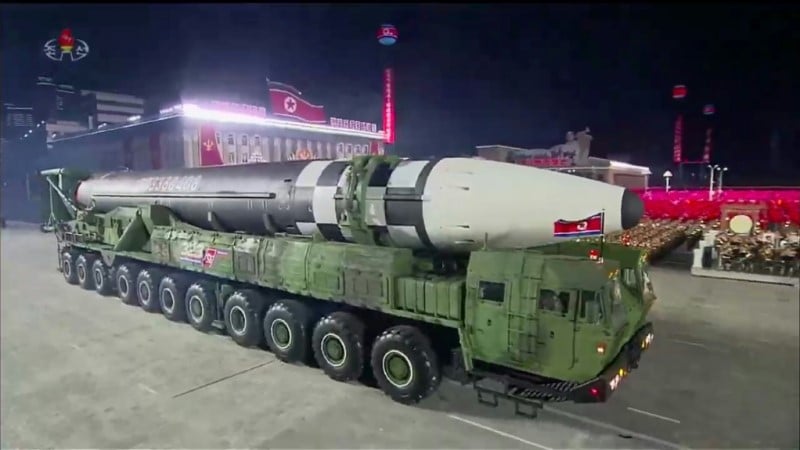 As well as apologising at the military parade, Kim showcased his latest weaponry

In some ways the sentiment is in keeping with North Korean orthodoxy: Pyongyang consistently portrays the Kim family who have led it for more than 70 years as heroic self-sacrificers who devote their lives to the service of its people.

But the acknowledgment of personal fallibility is a marked contrast to the superlative-laden propaganda that exalted his grandfather Kim Il Sung, the North’s founder.

Under Kim, who inherited power when his similarly lauded father Kim Jong Il died in 2011, observers say the North has taken some small steps away from the personality cult of the past — portraits of the current leader are extremely rare.

Former US government North Korea analyst Rachel Lee described the weekend’s parade as a “departure from the norm”.

His speech was “about the people” and “carefully calibrated to come across as genuine and relatable”, she told AFP.

“This is the latest example of North Korea’s changing propaganda strategy of conveying their message in a more entertaining and relatable manner.” 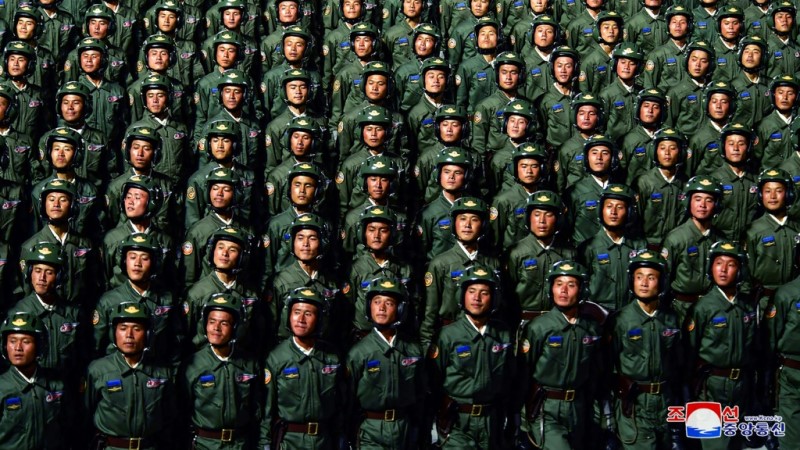 Analysts differed on the sincerity of the declaration by Kim, whose regime stands accused of widespread human rights abuses and who has ruthlessly asserted his grip on power, at times purging even close relatives.

“First of all he is a politician, it means he is a good actor,” said Andrei Lankov of Korea Risk Group.

But Kim “really would like his people to live well”, he added.

“Of course regime survival is far more important for him than survival of poor farmers in distant provinces.

“Missiles come first but he doesn’t forget about farmers.”

Under Kim’s leadership the North has made rapid strides in its nuclear weapons and ballistic missile programs, and has been subjected to increasingly strict sanctions as a result.

But it was already isolated long before that and has suffered decades of economic mismanagement.

Former CIA analyst Soo Kim suggested that Kim could be “resorting to tears to compensate for his failure to deliver his basic promises to his people”.

“The expectation, of course, is that the population will buy into this act,” she said.

In the South, the Korea JoongAng Daily dismissed Kim’s performance as “crocodile tears”.

In an editorial it pointed out: “Kim suddenly turned euphoric upon looking at the super-sized intercontinental ballistic missiles in the military parade”.